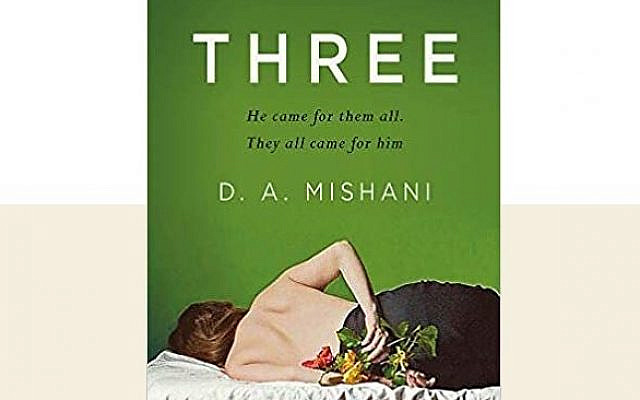 There are three women at the heart of Israeli crime writer D.A. Mishani’s new novel Three, translated by Jessica Cohen (Europa Editions, August 2020). Orna is a single mother raising a young son still traumatized by his parents’ divorce. Emilia is a live-in caregiver from Latvia who is trying to find herself after the elderly man she cared for died. And Ella is married, the mother of three, who is writing her university thesis. Three women with nothing in common, except for the same strange man who comes into their lives. 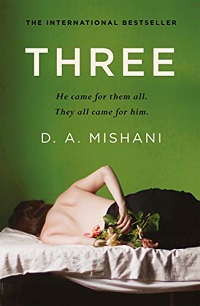 Orna meets Gil on a dating site for divorced singles. After online chats they meet up. Orna is surprised at how patient Gil is, at how he seems like he has all the time in the world to develop their connection. He doesn’t pressure her, and their phone conversations are so short that Orna wonders why they are talking on the phone at all. Still, they continue to talk and when they meet on a date it is Orna who suggests that they become intimate. Gil’s seeming reluctance to pursue their affair makes one curious as to why their relationship ends up the way it does.

Emilia needs to look for a job after 84-year-old Nachum dies. Nachum’s wife and children assure her that she can remain in her small room until she finds new work. A part-time position opens up, but Emilia would have to do it for cash, without permits. Nachum’s wife suggests that Emilia talk to her son Gil, a lawyer. Gil, she says, will make sure Emilia doesn’t get deported from Israel. Gil asks Emilia to clean his apartment and she agrees. In her free time, Emilia goes to church services, trying to find spiritual meaning to her life. She asks herself if she should go back to Latvia, but what she doesn’t ask herself is why she let herself fall under Gil’s spell.

Gil meets Ella, the third woman in this story, at the cafe where she sits down every day to work on her thesis. Unlike his affair with Orna, it is Gil who initiates this connection, suggesting they have lunch, suggesting that they go on a trip together. Ella considers that a bad idea; she can’t imagine cheating on her husband. Still, Ella becomes curious, both about the man she is meeting and about what she can and cannot do. Is she capable of pursuing her relationship with Gil? After all, where will it end?

The action of Three unfolds in three slow-moving acts. The storyline simmers, the tension heating up gradually to a boil. Readers expecting the pace of a typical police procedural crime thriller must instead be patient as Three’s plot makes its way, slowly and deliberately, to a twisted and surprising conclusion.

Mishani is well-known in Israel and abroad for his Detective Avraham Avraham crime series—three novels that have been widely translated and made into films and TV series. Three is a standalone novel, one that depicts Israeli lives with down-to-earth realism. Online dating, foreign caregivers, and the temptation of adulterous relations are presented realistically in a narrative that has been faithfully translated into English making for a truly entertaining and suspenseful reading experience.

D. A. Mishani is an Israeli crime writer, screenwriter, and literary scholar, specializing in the history of crime fiction. His first novel, The Missing File, was shortlisted in 2013 for the CWA International dagger award and the Grand Prix de Littérature Policière, and won the prestigious Martin Beck award (for best crime novel translated to Swedish) and the Grand Prix du Meilleur Polar des lecteurs de Points in France. His second novel, A Possibility of Violence, won the prestigious Bernstein prize for best Israeli novel in 2014.

Jessica Cohen shared the 2017 Man Booker International Prize with author David Grossman for her translation of A Horse Walks into a Bar. She has translated works by Amos Oz, Etgar Keret, Dorit Rabinyan, Ronit Matalon, and Nir Baram.