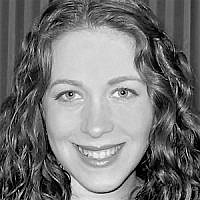 The Blogs
Malka Strasberg
Apply for a Blog
Advertisement
Please note that the posts on The Blogs are contributed by third parties. The opinions, facts and any media content in them are presented solely by the authors, and neither The Times of Israel nor its partners assume any responsibility for them. Please contact us in case of abuse. In case of abuse,
Report this post.

During the creation of the world, the first thing that Hashem said to humans once he created them was “pru urvu” / be fruitful and multiply (Gen 1:28). And after the destruction of the world in the generation of Noach, the first thing Hashem said to Noach and his sons after they exited the ark was, again, “pru urvu” (9:1). In fact, He even says it twice: Hashem opened his remarks to Noach and his sons with “pru urvu umil’u et ha’aretz” (9:1) and concluded His remarks with “ve-atem pru urvu, shirtzu va-aretz uredu vah” (9:7).

Chazal understood this statement to be not just a blessing, but a commandment. On Hashem’s two iterations of “pru urvu” to Noach, Rashi explains, “Harishona livracha, ve-khan letzivui” – that the first time was a bracha, but the second time was a mitzvah. Rashi further explains that the mitzvah was reiterated following God’s speech about the gravity of life and the injunction against murder, in order to compare one who does not engage in the propagation of life to one who sheds blood.

The gemara in Yevamot (61b-62a) records that in order to fulfill the mitzvah of pirya verivya, Beit Shammai ruled that one must have two male children, since Moshe Rabbeinu had two sons, whereas Beit Hillel ruled that one must has one male and one female child, since when Hashem created the humans in the world, “zachar unekeiva bera’am” / He created them male and female (5:2). The halakha follows the opinion of Beit Hillel, and one fulfills the mitzvah of pirya verivya by having a son and a daughter, thereby emulating Hashem’s creation of the world.

But what about people who can’t have children?

At the end of parshat Noach, the Torah introduces Avraham’s extended family. Each person is introduced by name, along with the children they had. For example, Nachor is introduced as the father of Terach and other “banim uvanot;” Terach is the father of Avram, Nachor, and Haran; Haran is the father of Lot. But when Sarai is introduced, the Torah tells us, “Vatehi Sarai akara, ein lah valad” / Sarai was barren, she had no child (11:30). The Torah makes a special point to identify Sarai as an akara, using a whole verse for this purpose. At this point in the narrative, this is all we know about Sarai– that in a world, and in a family, of people having children, she had none.   At this point in time, this is her sole identity.

The Talmud in Nedarim (64b) teaches us: Araba’a chashuvin kemeit: ani, umetzora, vesuma, umi she-ein lo vanim. / There are four people who are considered as dead: a poor person, someone afflicted with tzaraas, a blind person, and someone who doesn’t have any children. The childless being considered as dead is learned from Rachel in the Torah. When Rachel was jealous of her sister Leah for having multiple children when she doesn’t have any, she said to Yaakov, “Hava li vanim, ve-im ayin, meitah anochi” / Give me children; for if not, I’m a dead woman (Gen 30:1). It’s interesting that the gemara uses the words “chashuvin kemeit.” Chashuv can mean “considered to be/thought of,” but it also means “important.”

So another reading of this dictum could be: “There are four people, including someone who doesn’t have children, who are important like the dead.” Someone struggling with childlessness should be as important to their community as someone who has died. Just like the community supports someone who’s died, making sure -at any lengths necessary — to provide shmira for the body, a tahara before the funeral, and burial itself, and even more so, the community rallies to support the deceased’s family who are in mourning, so too communities should be just as supportive of people struggling with childlessness or infertility — in terms of awareness, sensitivity, and compassion. (For a similar idea, see Erin Leib Smokler on parashat Bemidbar.)

There are many men and women in our communities who struggle with infertility, be it medical or circumstantial. Circumstantial infertility includes: single people who won’t have children outside of marriage; women with chronic illnesses who require medication that would be risky during a pregnancy; men and women with chronic illnesses that are prohibitive to child-rearing; and others. And let’s not forget the people who can’t have children for financial reasons or relational reasons (meaning, when one spouse wants to have children and the other spouse refuses). And, very importantly, people who suffer from secondary infertility, in which the inability to become pregnant or to maintain a pregnancy occurs only after already naturally conceiving and giving birth to one or more children.

Increased awareness and emotional support go a long way. As Melanie Notkin eloquently explains, people struggling with non-medical infertility frequently suffer from “disenfranchised grief,” or grief that isn’t recognized by society. Grief shared is grief diminished. But many people suffer alone, with no partner to share the grief, and in a society that at times both explicitly and implicitly treats them as though they’ve brought their situations on themselves.

Halakhically, there are some other possibilities for fulfilling the mitzvah of pirya verivya even without giving birth to children. The Talmud in Sanhedrin (19b) teaches us that kol hamegadel yatom betokh beito, ma’aleh alav hakatuv ke’ilu yelado / Whoever raises an orphan in his house, it is as if he himself bore him. This idea is not limited to orphans, but includes any child who requires adoption or being brought into a home to be raised. Thus, the gemara tells us that in Tanakh, Michal the daughter of Shaul is called the mother of the five boys that she raised, although Meirav gave birth to them. And at the end of Megillat Ruth, when Ruth gave birth to a son, but Naomi nursed him, the neighbors proclaimed, “A son was born to Naomi” (4:17). Sarai herself recognized this, when she suggested to Avram that he have a child with her maidservant Hagar, saying “Ulay ibbaneh mimenah” (16:2). This phrase is generally, and literally, translated as “Perhaps I shall be built up through her.” But ibbaneh is a play on words; bana/build and ben/son share the same letters. According to Radak, Sarai was also saying “Perhaps I shall have sons through her.”

The Talmud in Sanhedrin continues, teaching: Kol hamelamed ben chaveiro Torah, ma’aleh alav hakatuv ke’ilu yelado / Whoever teaches someone else’s child Torah, it is as if he himself bore him. Thus, in sefer Bemidbar, chapter 3 begins “Ve-eileh toldot Aharon uMoshe” but then lists only the sons of Aharon (3:1-4). Because Moshe taught Aharon’s sons Torah, he is considered to have fathered them, too.

Another way to fulfill the mitzvah is to set up shidduchim. The Talmud in masechet Shabbat (31a) teaches us that when we die and meet our Maker, we’ll be asked a series of questions. One of the first questions we’ll have to answer is “Asakta befirya verivya?” / Did you engage in the mitzvah of procreation? The Maharsha famously explains that the phrasing of this question, using the verb asakta/did you engage, rather than the word kiyyamta/did you fulfill, refers to whether we were involved in setting up shidduchim of people who need a network. Thus, a person can fulfill the mitzvah of pru urvu by setting up other people who may have children.

Anything one can do for someone struggling with childlessness is a chesed. And if the Talmud and midrash are correct that a childless person is chashuv kemeit, then chesed performed on their behalf can, arguably, be considered a chesed shel emet, Judaism’s highest form of chesed.

At the beginning of Sefer Shmuel, when Hannah is distraught over not having any children, especially when her sister-wife Penina has multiple children, Hannah’s husband Elkana, who loves her very much, says to her, “Why are you crying? Why won’t you eat? Am I not better for you than 10 sons?” (1 Sam 1:8) Elkana didn’t understand the depths of Hannah’s pain. For someone like Hannah, who wanted a son so badly that she vowed to give him up and dedicate his life to the service of God should she be blessed with one — no, Elkana was not better than ten sons!  He was different. And he was wonderful. But he was not better than having children. Even Elkana, who was married to Hannah, who loved Hannah, who knew why she was distraught– even he could not fully comprehend the extent of her pain! We need to realize that there are people who might be suffering with pain that we can’t even imagine.

Henrietta Szold is known by most people today as the founder of Hadassah, the Women’s Zionist Organization of America. Her work leading Youth Aliyah saved thousands of Jewish children from the Nazis, and as a result, she was considered the mother to thousands. For this reason, when Mothers’ Day was established in Israel, Henrietta Szold’s yahrzeit, 30 Shevat, was the day chosen to celebrate it. Yet, she herself never fully recovered from not being able to marry the man she loved or have children, and in her diary she wrote, “I would exchange everything for one child of my own.”

Sarah in the Torah is remembered as the mother of the Israelites and the whole Jewish nation. But before she was a foremother, and before she and Avraham changed the world, she was first an akarah. That was her first identity, confirmed by the Torah itself. And that identity stayed with her for 90 years!  But the Torah’s introduction of Sarai as an akara offers a message of hope. Her initial identity was ultimately turned around, with the eventual birth of Yitzchak. In this vein, may every man who is an akar, who wants to have a child — considered to be the ikkar of the Jewish home- succeed in doing so; and may every woman who is an akara like Sarai was, who wants to have children, have the opportunity –beshaah tovah umutzlahat –– to become an akeret habayit.

About the Author
Malka Strasberg is a living example that the Torah is for everyone, not just Torah professionals. A professional pediatric speech and feeding therapist, Malka is currently completing her second MA in Bible Studies. She lives in NYC.
Related Topics
Related Posts
Comments