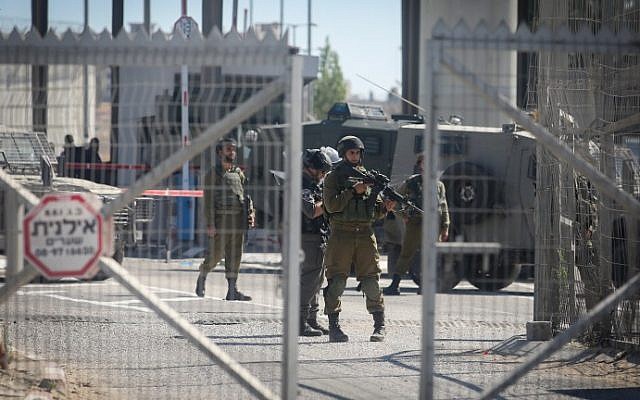 Israel’s marking of the 50th anniversary of the 1967 War is replete with nostalgia and stocktaking, pathos and analysis, preening and significant self-criticism. The two key themes that emerge capture its paradoxical situation today: the country has undergone incredible changes but can boast little movement on the definition of its own identity; it has been transformed in many wondrous ways yet has been incapable of defining the parameters of its own existence. The most pertinent question is the one least addressed during this commemorative outpouring: how can Israel extricate itself from the debilitating cycle of constant motion without foundational resolution? Here are four suggestions for engagement that can revive Israel’s flailing being.

First, the time has come to recognize the need to proactively restart the quest for an end to the conflict. All recent polls show that the bulk of Israelis truly yearn for peace; at the same time, a resounding majority does not believe that it’s attainable (according to a survey published in Yediot Ahronot this past Friday, a full 63% give no chance to a viable accord with the Palestinians in the foreseeable future). These sentiments underscore the fallacies inherent in the assumptions that have guided Israeli policies in recent years.

The most overwhelming premise has been that the ambiguous status quo which has enabled Israel to maintain control over the core territories captured in 1967 works in Israel’s favor. Its functional corollary, conflict management, has become a substitute for any serious attempt to grapple with the key issues of Israel’s relationship with its immediate neighbors. The ongoing political divisions within Israel – which have dovetailed social, religious and economic discrepancies – have reinforced official foot-dragging and become a commonplace rationalization for inaction.

Ironically, however, there is a growing realization that the continuation of current practices is counterproductive (only 14% of Israelis actively support such an option according to the Yediot Ahronot poll). Indeed, the status quo has become untenable: it is costly, it exposes Israel to increasing international opprobrium, it has split Israeli society in disturbing ways, it systematically undermines its democracy and it flies in the face of its proclaimed values). It is also totally out of step with a world in turmoil, in which the alliances and institutions of the past seventy years are being questioned and reformed. In this whirlwind, those who cling to the familiar forfeit the chance of controlling their destiny. Since, to paraphrase Thomas Friedman, “the status quo has worked but now it doesn’t,” it is necessary in the current conjuncture to make a concerted effort to reboot Israel’s trajectory.

Second, any serious initiative implies that Israelis reconnect with the issues on a variety of levels. This means, most minimally, gaining a rudimentary understanding of the situation on the ground. The famous Israeli bubble on matters Palestinian is no longer sustainable: in the same poll of this past weekend, 65% of respondents admit that they have never visited the Palestinian neighborhoods of Jerusalem, 62% haven’t been to Hebron and its environs, 75% haven’t been on the Temple Mount. More tellingly, most Israelis don’t have the faintest idea what life in the West Bank under Israeli overrule looks like (although they are aware of the fact that settlers enjoy a particularly high standard of living in comparison with disadvantaged parts of Israel within the Green Line, they have yet to internalize the fact that close to one million Palestinians have been detained by Israel and are affected daily by its military regimen). More visits, tours and exchanges between Israelis and Palestinians are hence a must – an integral part of this critical reconnection.

So, too, is a reexamination of the language used to describe Israel’s presence in the West Bank. Replacing the term occupation with, at best, “administered” or “disputed” territories, or, officially, by “Judea and Samaria” or “liberated” territories may buttress certain (often messianic) aspirations. But the half-century of Israeli overrule – accompanied by the power to control language – doesn’t make this terminology any more accurate or reflective of what is actually taking place. A more sensitive discourse may allow such insights.

Indeed, greater familiarity with even the most rudimentary issues can go a long way to opening minds (and confronting the widespread ignorance, denial and increasing indifference that many Israelis continue to nurture – along with the prejudices they evoke). Very few citizens, for example, are aware of the fact that there is now a Palestinian majority in the area between the Mediterranean Sea and the Jordan River (according to the CIA’s 2016 World Factbook there are 6,510,894 Arabs and 6,114,546 Jews in the land). Even less know that, as the latest research of the Molad think-tank shows, more than 80% of the Israeli military deployed in the West Bank is engaged in protecting Jewish settlements. Yet this, along with basic knowledge in other spheres, is a precondition for informed action.

Third, on this basis, the need to reshape the process becomes paramount. Here there are signs of an intriguing reconfiguration. Over the past few years, there have been multiple attempts to internationalize Israeli-Palestinian negotiations. The most recent, jump-started by President Trump during his recent visit, presses home the centrality of global oversight (despite serious differences on the identity of key actors). Progressively, the regional wrapping of substantive solutions has been enhanced, especially following the recent reinvigoration of the Arab Peace Initiative. And, ultimately, the bilateral nature of any agreement continues to hold central stage.

The remolding of Israeli-Palestinian talks requires action on all three levels. It is the Israeli-Palestinian rung, however, that has traditionally been the most elusive; it is this element which demands the most cultivation. Here domestic political considerations within Israel and the Palestinian Authority have proven to be the most durable impediment to any meaningful progress. But the political price of suspicion and inaction has also taken its toll – rendering those presently in power in a more precarious position than their predecessors.

This holds true for Mahmoud Abbas, whose legitimacy has been whittled away not only by Hamas, but also from within his Fatah movement. It is also the case for Binyamin Netanyahu, whose key critics may be found in the nationalist camp which constitutes his political base. But neither Abu-Mazen nor Bibi will be here forever: both are winding down long tenures in office with much less to show for their efforts than they would like. In the short term this offers a real incentive to move forward while they are still in charge; in the longer term it promises some movement on the bilateral front should they fail. Linking the international and regional components of the process does require concerted bilateral action that no violent hiatus or regional diversion can disrupt.

The reshaping of the peace process consequently relies heavily on its redesign. Israel’s present government, the most right-wing in its history, seeks to retain Israeli hegemony over biblical lands but – despite heavy pressure from within – has not opted for an annexationist solution. Its leaders recognize the low levels of support for such an outcome (19% in the latest poll). Those who do not agree that continued occupation is immoral and illegal do tend to concede that it may leave the country bereft of its democratic trappings, its Jewish majority and its international legitimacy.

Yet the traditional two-state paradigm, which in its various forms enjoys the support of a majority of citizens, is considered increasingly impracticable. To be sure, the principles it represents continue to withstand the test of time: Israel’s independence cannot be secured forever at the expense of the right to self-determination of the Palestinian people. The occupation, therefore, must end. If, however, the route to such a goal was traditionally conceived as a physical separation along the 1967 boundaries (with certain agreed-upon adjustments), now more attention is being devoted to exploring avenues to sharing the land in more creative ways (“two states, one homeland”, confederal arrangements). These variations on the two-state formula offer flexibility in light of changes on the ground, factor in security concerns on both sides, and bypass what to date have appeared to be intractable obstacles. Much more work has yet to be done in light of past experience and complex realities, but the task of imaginative redesign has been set in motion.

Israelis have the choice of persisting in a paralyzing passivity or taking matters into their own hands. The opportunity for a restart based on reconnecting with Palestinians, reshaping the nature of Israeli-Palestinian interactions and redesigning just and lasting solutions exists. How Israelis (as well as Jews throughout the world) – together with regional actors and the international community – confront this multi-faceted challenge will determine the form of Israel’s future, and thus also whether it has a future at all. No other project is more pressing or vital. It is doable.