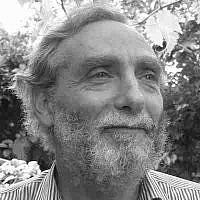 The Blogs
Harold Zwier
Apply for a Blog
Advertisement
Please note that the posts on The Blogs are contributed by third parties. The opinions, facts and any media content in them are presented solely by the authors, and neither The Times of Israel nor its partners assume any responsibility for them. Please contact us in case of abuse. In case of abuse,
Report this post.

A religious understanding of reward and punishment is probably most clearly articulated over the Rosh Hashanah / Yom Kippur period when we traditionally reflect and repent. We are each judged by Gd for the year ahead. Who will live and who will die. Who will be impoverished and who will be enriched. But repentance, prayer and charity can avert the evil decree.

Reward and punishment seems to be so tied to belief in a personal Gd who rewards good and punishes evil that it seems at first impossible to think about it in any other way. Yet there is another way in which the concept can be understood. One which accords with the philosophy of Judaism and its embrace of life and the physical world in which we live.

The book of Kohelet (Ecclesiastes 7:15) says, “…I have seen a righteous man who perishes in his righteousness and a wicked man who prolongs his life in his evil-doing”. Our real-world experience does not lend itself to conclude that good is rewarded and evil is punished. On the contrary, there seems to be no obvious correlation between one and the other. Why good people suffer and bad people thrive is never dealt with in a way that remotely satisfies the question.

Are we really to contemplate the possibility that the children who die in a war are being punished for their sins? Or that those who perish in a cyclone deserve their fate? Or that the victims of a terrorist attack are selected by Gd to receive their dues?

To continue to profess faith in a just Gd while speculating in this way, is to accept that as humans we cannot hope to understand divine justice. But if Gd is perfect and rules the universe justly, how can we abandon any real understanding of justice? Surely it diminishes the very nature of being human and our free will choices.

I am not nearly satisfied by this approach. The very concept of divine reward and punishment has more in common with the way a child is introduced to religion than how an adult engages with life and its many paths.

At the beginning of Shacharit (morning service), the following prayer is said:

“Blessed are you our Gd, King of the Universe who forms light and creates darkness, makes peace and creates all.”

The prayer is derived from Yeshaya (Isaiah 45:7) which reads:

“I form light and create darkness, make peace and create evil. I, Gd, do all these.”

But good and evil are very human concepts, and it makes much more sense to understand the source of good and evil as being within us, rather than in an unknowable entity. We don’t think of a cyclone that results in destruction and death as inherently evil. But we do think that the random murder of civilians by terrorists is evil. Both result in the deaths of innocent people.

So how could reward and punishment have any tangible meaning?

To answer this question requires framing the way we think about reward and punishment in a very different way. Rabbi Jonathan Sacks in his book, “Not in God’s Name”, discussed the roots of religious violence in the world. Here’s a quote about bad things that happen in the world, from the chapter “Letting Go of Hate”:

“When bad things happen to an individual or group, one can either ask, ‘Who did this to me?’ or, ‘Given that this has happened, what then shall I do?’ The first is the question a dualist asks, the second is the response of a consistent monotheist. So different are these questions that they generate two modes of being: respectively a blame culture and a penitential culture.”

Rabbi Sacks goes on to say:

“A penitential culture is constructed on the logic of responsibility. If bad things happen to us, it is up to us to put them right. When that is a culture’s response to tragedy, a profound dignity is born.”

This approach, he writes, is embodied in the Judaic response articulated in the Tanach:

“When mishaps befall the Israelites, they say, it is because we the people have sinned. We dishonoured the covenant, we betrayed God’s trust. Never is someone else blamed for Israel’s troubles. This is what makes Judaism a religion of guilt, repentance and atonement, made bearable by divine forgiveness.”

Although Rabbi Sacks was not directly commenting on the issue of reward and punishment it seemed to me a rather elegant framing of that Jewish concept. Gd’s role in the bad that occurs is a background role accepted without question. And whatever the cause of the bad event, the primary reaction is to accept the reality of the event and deal with it as best we can. The bad could be in the form of a natural event such as a flood, earthquake or fire – events over which we have little or no control – or it could be something caused by other people, such as a motor vehicle accident, a bad business venture, robbery, terrorism or war.

The book of Va’yikra (Leviticus 10:1-3) narrates the deaths of Nadav and Avihu, sons of Aharon the Kohen Gadol. Aharon’s reaction is poignant. The text says, “Va’yidom Aharon” (and Aharon was silent). During the ensuing dialogue, no one asks the question: “Why did Gd allow this to happen?”. Such questions don’t appear in the Torah.

At the end of the book of Bereishit (Genesis 50:15), after the death of Ya’akov (Jacob), Joseph’s brothers say “Perhaps Joseph will nurse hatred against us and then he will surely return the evil that we did him”. Joseph knew exactly who was to blame for his being sold years earlier and was indeed in a position of power that would allow him to take revenge. His response however, was consistent with this Jewish approach to bad things that happen. He said (v. 20), “Although you thought to do me evil, Gd intended it for good”. The entire story of Joseph shows him dealing with adverse events in ways that benefitted both him and the people around him. The alternative was for a growing resentment to manifest in him as each new situation unfolded.

If the concept of reward and punishment is not to be understood as divine accounting, but rather as the good and bad things that happen throughout our lives, then our response is the key factor. We can act in a way that gives us some measure of agency in dealing with them, or we can adopt the role of victim. The choices we make may be constrained by the circumstances of what has occurred, but simply being resentful or passively expecting others to fix the problem may not provide the best path out of the situation we are in.

In this framework, the question of why bad things happen to good people has no meaning. Responsibility for justice in our world rests with us and the unknowable Gd is ascribed ultimate responsibility for all that happens in our world, but not in the context of good and evil.

The earlier quote, “I form light and create darkness, make peace and create evil. I, Gd, do all these.” is not a statement about the origin of good and evil. It is simply an acknowledgement that the infinitely intricate world in which we live is not controlled by us. But whether good or evil flourishes is controlled by us and is our responsibility. It is the expression of free will that offers us the choice to focus inwards or outwards; to nurture our own grievances or find a good that can emerge from the bad.

About the Author
Harold Zwier is a member of a modern orthodox synagogue in Melbourne Australia. He has been involved in interfaith activities and recently retired from the Board of the Jewish Christian and Muslim Association of Australia. The ideas in this article are his own.
Related Topics
Related Posts
Harold Zwier