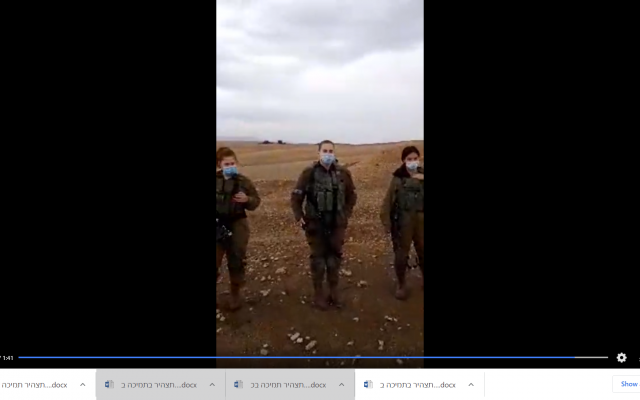 Where to begin this week?  And, what can we learn from this week’s Torah portion, “VaYetze?”

The 44 souls (22 minors) whose homes Israel demolished on Wednesday in Luban, the Jordan Valley and South Hebron Hills? The communities whose water sources were cut off?

The some 200 grape vines destroyed and adjacent buildings demolished last night on Turmos Aya lands along the road that leads to the Adaei Ad and Geulat Tzion outposts? 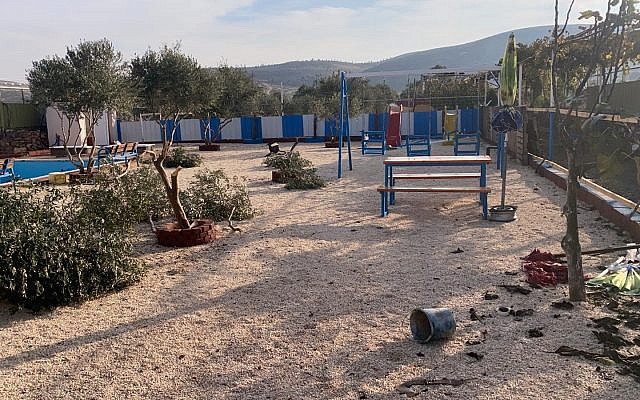 The plant nursery in A Sawya that was broken into for the third time last night. (The police say that this time they caught a car with stolen goods.)

These, and many other awful byproducts of the Occupation this week are all worthy of further attention.

However, let’s take a look at our Torah portion.  Jacob and his family seek to flee Laban, after working for him for twenty years.  He does not know that his wife Rachel has stolen Laban’s idols.  Laban chases after him. Jacob rashly proclaims that anything Laban can search his household, and anybody caught with the idols will be put to death. Rachel manages to elude detection, but dies soon afterward. Jacob is indignant.  He proclaims,

“What is my crime, what is my guilt that you should pursue me? You rummaged through all my things; what have you found of all our household objects?  Set it here, before my kinsmen and yours, and let them decide between us two.  These twenty years I have spent in your service, your ewes and she goats never miscarried, nor did I feast on rams from your flock.  That which was torn by beasts I never brought to you. I myself made good the loss; you exacted it of me, whether snatched by day or snatched by night.  Often, scorching had ravaged me by day and frost by night; and sleep fled before my eyes….”

Without a doubt, Laban dealt dishonestly with Jacob. The trickster is tricked, as Laban tells Jacob is marrying Rachel, and he wakes up with Leah.  However, the Jacob who got Esau to sell his birthright and cheats him of his blessing, has a few more tricks up his sleeve. After serving Laban seven years for Leah, and another seven for Rachel, he makes a deal with Laban in which his wages will be the speckled and spotted goats. He then comes up with a trick so that the best animals produced speckled and spotted offspring.

Yesterday we were accompanying flocks from Nueima to areas near the illegal even according to Israel “Omer’s Farm.” In areas where senior army officers have told me that it is OK for them to graze.  However, Omer thinks differently, and he often bypasses senior officers to tell soldiers to expel flocks.

The fear.  Whereas we usually meet the shepherds in the fields, I accompanied one shepherdess all the way from her home because the security guard for Mevuot Yerikho has taken to coming out of his area of authority to drive close to the homes of the shepherds in the mornings. He doesn’t need to say a word. His very presence strikes fear.

I had just returned to the rest of the shepherds in the area of Omer’s Farm, when soldiers arrived in a civilian car. The shepherds quickly moved away, but thankfully didn’t immediately leave for home, as they often do when soldiers show up. One of the soldiers was simply mocking and cynical. But the commander was more serious, and spoke to us respectfully. I don’t whether she truly didn’t understand how afraid the shepherds are of the army, or actually knew how untrue it was when she and the others indignantly said, “We didn’t do anything to them.” I explained again and again, that their very presence scared them because of all the times that soldiers had expelled them. When I told about the times I had personally witnessed soldiers drive their vehicle through the flocks in order to drive them off, one of the soldiers said, “the vehicle had to get through.”

The commander said that this was a closed military area that the army had given to Omer to prevent the building of new Palestinian villages filled with terrorists. I explained that if this was truly a closed military area, there would be no need for them to bring the temporary closure orders they sometimes bring in order to expel shepherds. She argued with me that this was part of the State of Israel. I explained that, if that were the case, there would not have been a need for the plans to annex the area.

Of course they did not believe that, while the Occupation had granted Omer an agricultural permit, the buildings were illegal, and had demolition orders in the past. I suggested that she ask her commanders about the status of the area. The commander said they only came because of us, and if the shepherds had come alone, the soldiers would not have come either. I explained that we started coming because when neither we nor the soldiers are around, Omer and some of the thugs around him have beaten shepherds. Almost every shepherd has a story. Just a few weeks ago an Israeli citizen chased after the shepherds and beat one of them next to his home, after the army had intimidated them into leaving the grazing area. There have been incidents in which soldiers were witnesses to what the settlers do. However, I said that, if the shepherds are not too afraid, we will test what she said. (We have done so in the past, but after time the quiet has always ended.) I assured them that we also have plenty of other things to do. The fear….

The similarity between the commander’s indignation and Jacob’s indignation struck me.  I don’t think that there is symmetry between Omer, the army and the Palestinian shepherds, as there is between the trickery of Laban and the trickery of Jacob. I often hear from soldiers that we are paying the shepherds to create provocations by coming to grazing land they don’t really need, and the commander yesterday said that shepherds had thrown stones at her.  I can say with 100% certainty that the we aren’t paying the shepherds anything, and that they absolutely need the pasture to survive.  There are Palestinian stone throwers and I am not with these shepherds 24/7, but in three years I have never seen anything close to violence from these shepherds and shepherdess’s, who are so afraid of settlers and soldiers, and constantly tell me that they don’t want trouble with anybody.  This is a very one sided story of oppression, and abuse of power.

So, without any false symmetry between the shepherds and Laban, I do see parallels between Jacob and the commander. When I discussed it afterwards with the volunteers accompanying me, at least one of them thought that the commander truly did not understand why soldiers strike fear into the shepherds. Her indignation was ignorant of the reality, but just as real as Jacob’s ignorant indignation about accusations of having stolen idols. At some level, the commander truly believed in her narrative, and saw herself as somebody trying to be decent, and being falsely accused.  Her overall perception of reality may have had some elements of truth to it, but ignored the reality of how the Occupation has intentionally dispossessed and oppressed Palestinians, just as Jacob ignores the fact that he did use trickery to end up with the largest and best flock.  Laban and his sons are apparently left with very little.

Next week, we will see a changed and much more decent Jacob, who finally takes responsibility for his actions.

So may it be with us.