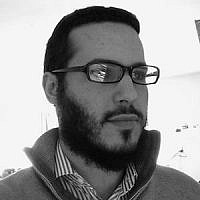 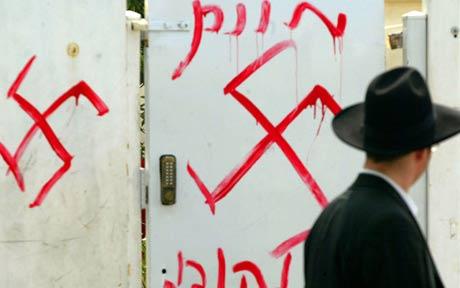 On the eve of the highest of holy days in the Jewish calendar, I chose to pen a story about the brutal destruction of the precious cultural heritage of our humanity. I pointed to the horrible acts of “Cultural Cleansing” that have been perpetrated by ISIS in Syria, and I also chose to reflect on how one of Israel’s greatest allies, Azerbaijan, has also been subjected to horrific acts that aim to wipe cultures off the face of the earth and attack a people’s heritage, their soul, their history.

These tragedies are not unlike what happened in the Nazi era or during the Stalin and Soviet eras, when government-sponsored efforts to remove sacred artifacts, and destroy whole communities became a reality. I wrote facts that are verified by international human rights organizations and world bodies such as the United Nations. The inhumanities I wrote about, well-documented and well-recognized by legitimate governments across the world, were greeted with a barrage of not only horrendous insults but death threats. YES, DEATH THREATS. These were combined by boldly insidious and anti-Semitic comments. In those comments, I read the word “Zionist scum” so many times that I stopped looking.

And in reading the source of these comments, I see a pattern and an organized effort by special interests that are not only viciously unkind and misinformed, but are brutally anti-Semitic. And rather than give these people another forum to spout their hate-filled rhetoric and filth, I feel it is important for me to share more facts that clearly demonstrate that we as a community need to support countries and governments that cherish and nurture harmony, tolerance, and hope. Israel and Azerbaijan are two such countries.

No good will come from engaging with revisionists and denialists, just as a discussion with Holocaust deniers is pointless. It’s insulting to my basic human sensibilities, intellect, and the readers of Times of Israel. The illegal war and occupation of Karabakh, a territory of the Republic of Azerbaijan, was carried out by Armenian invaders in the early 1990’s, and this occupation continues into today despite UN Security Council resolutions and international condemnation. As I have mentioned on multiple occasions in my writing, the level of brutality Armenian invaders unleashed against Azerbaijani civilians is comparable to few events in modern history. Bayoneting elderly women, executing children and pregnant women, torturing and raping young girls, massacring entire villages….these are the acts of a brutal invader.

And to mix conflicts and to deflect the facts with anger and rhetoric serves no purpose. The fact that the Armenian nation endured extensive tragedy and diaspora a century ago, is in no way to shape, or form a reason, excuse, or justification for Armenia to commit brutal invasions and mass murder against innocent Azerbaijani people, seventy plus years after the Armenian tragedy. One might hope that nothing else needs to be said on that point.

Azerbaijan is a majority Muslim nation, and this does not change any of the facts. Only from the most forwardly bigoted perspective can the Muslim identity of Azerbaijan play any role in this discussion. I’d go so far as to say that it is precisely because Azerbaijan is a secular majority-Muslim nation that makes what is true about it so meaningful and promising.

Azerbaijan’s longstanding tradition of interfaith tolerance brings hope to Jewish people. Azerbaijan doesn’t need to be perfect to inspire that hope. We live in dark times, and bold anti-Semitism is coming from many directions, not excluding Armenia, which was measured by a 2014 Anti-Defamation League survey as the 2nd most anti-Semitic country in all of Europe. That Azerbaijan recognizes, supports, partners with and defends Israel and Israeli interests is enough of a reason to admire, study and understand it. Israel aside, Jews are safe in Azerbaijan, not just on paper – but really safe, comfortable, outwardly Jewish, fully protected, just the same as Muslim and Christian Azerbaijani people. Recent news proves how far Azerbaijan will go to positively stand apart from so much of the region.

So why would a Rabbi commit his time to capturing this story? It’s a very important story, riddled with lessons and incredible takeaways to address the most urgent needs of today. If the process of studying Azerbaijan has revealed unflattering truths about Armenia, perhaps the world would be a better and safer place if the Armenian leadership took responsibility for what it has done, and spent energy renouncing, apologizing, and offering reparations for the damage done.

But there are much more important factors than Armenia’s cruel awakening. Like what would it mean if Azerbaijan were to positively influence many other Muslim nations, offering a template for them to shift and change their perspectives, attitudes and policies toward Jews and the State of Israel. Azerbaijan stands by the State of Israel and Jews across the world, and as friends, Azerbaijan deserves support in the process of recovering from those forces that aim to weaken the progress and promise for peace. There has never been more of a need for this kind of opportunity, and there is no amount of hate speech and blatant denial that can make this issue less urgent or less important.