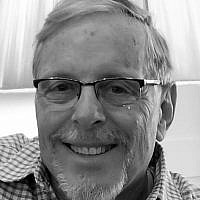 The Blogs
Steven Moss
Apply for a Blog
Please note that the posts on The Blogs are contributed by third parties. The opinions, facts and any media content in them are presented solely by the authors, and neither The Times of Israel nor its partners assume any responsibility for them. Please contact us in case of abuse. In case of abuse,
Report this post.

I truly hope every Israeli and supporter of Israel feels the same way I did tonight watching the RNC convention and Pompeo speaking from Jerusalem.

About the Author
Rabbi Steven Moss served as rabbi to B'nai Israel, Oakdale, NY for 47 years. He was a chaplain at Sloan-Kettering Cancer Center, NY for 30 years and a chaplain to the Suffolk County Police Dept. for 36 years. He was chair of the county Human Rights Commission for 28 years.
Comments