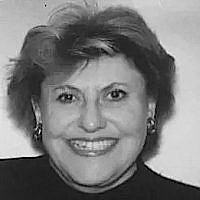 The Blogs
Jeanette Amid
Apply for a Blog
Advertisement
Please note that the posts on The Blogs are contributed by third parties. The opinions, facts and any media content in them are presented solely by the authors, and neither The Times of Israel nor its partners assume any responsibility for them. Please contact us in case of abuse. In case of abuse,
Report this post.

I have lived here in Israel for over 60 years, so there really should be no surprises.   but what I simply cannot understand is that how one Israeli, can get out of his car, and either shoot, or stab, or simply attack another driver…. Just because he feels he is “entitled”, just because someone “cut him up” or someone would not allow him to enter his lane.  Is it just because he feels he is more important than the other driver is? Is it just because he is in a real hurry, and the other poor unfortunate person has all the time in the world?  Incredible, and yes I am surprised.

What is happening to us as a society? what are we doing wrong, and why is this situation getting worse day by day?

How can we change it, and change it we must, very fast, before it is too late. It is already almost too late.

Is it because we do not teach our children either in schools, or at home, good manners? I know I am starting to sound old fashioned…. If so, then so be it. Surely our children should know that it is utterly unacceptable to attack another human being, unless it is in self-defense… and then it is not “attack” it is self-defense.

How can a person, take out a knife and stab an innocent passerby, just because he feels slighted. His excuse maybe that he is frustrated with the “situation”, he does or does not like Bibi, or hates the “left” and is angry. Inexplicable.

This new phenomenon is getting worse, and out of hand. This behavior has nothing whatsoever to do with politics, the guilty party cannot argue that he is frustrated, fed up with the government and is taking out his anger at some poor innocent member of the public.

One possible solution would be to crack down heavily on the perpetrator, and I mean very heavily, so that eventually people will realize that they cannot lose their temper and take it out on any unlucky passerby. The consequences will be dire.

Before this, we have to educate our children. Both at home and at school. Bullying is not allowed, shouting at another person is unacceptable, physical violence in schools and outside the classroom should entail a very very serious punishment, and more important in these days of social media, “shaming” is probably the most effective punishment.

Something drastic needs to be done to change our attitude. All of us should demonstrate and implore the Police to take a very very tough stand. To instill in parents that this part of our children’s education starts at home and only continues in the classroom. To demonstrate by example.

Possibly the answer lies in this: if we feel threatened, or under attack, just walk away, or better still drive away and leave it…. Let the impatient driver go first, (you will catch him at the lights anyway.)

Let’s all of us, take a deep breath and as I said, just walk away.

About the Author
Made aliya in 1960, worked in the English department of Kol Israel, dealt in tourism for 30 years, brought up a family. Generally a "normal" life here in this challenging country.
Related Topics
Related Posts
Jeanette Amid