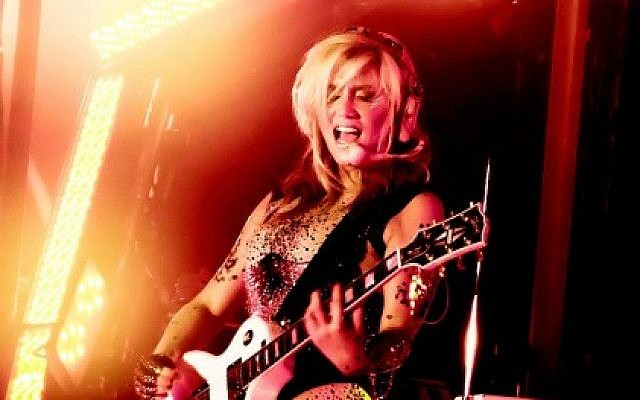 About a year ago, I started highlighting my hair, wearing skinny jeans, and painting my nails black.

“What, you think you’re Ke$ha all of a sudden?” my ex asked while he watched me zip up my high-heel hooker boots – the ones with the gun metal grey studs on the sides.

I feigned indignation. But as visions of brushing my teeth with a bottle of Jack flitted through my mind, I was secretly thrilled.

Edgy and raunchy sounded good to me. A little dangerous, a little chaotic… why not? (Never mind that you won’t catch me dead in a halter top) There is part of me that wants to wake up in the morning feeling like P. Diddy and fight until she sees the sunlight.

The thing is, now that so much of my life is in chaos, sometimes I take it a little too far: Like last month while out with a few friends, let’s just say that some girls from New Jersey messed with the wrong blonde from LA.

Not since Biggy vs. Tupac has there been such an East Coast/West Coast smackdown. And right before I told those Bitches of Eastwick, Hey, you want a piece of me? Bring it,” I remembered the following: I’ve got two kids. I can’t pull shit like this.

Besides, P. Diddy is not my friend. 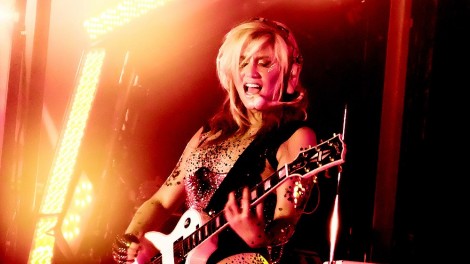 So I backed off, and they backed off, and two (more) shots of whiskey later, we were all singing the Star Spangled Banner. In Tel Aviv. (It’s how immigrants roll here. We might disagree, but believe you me, we’ll all end up doing [body] shots at Mike’s Place.)

“Life is a banquet, and most poor sons of bitches are starving,” Auntie Mame once trilled. And once upon a time, I lived by that rule. Within reason, of course: I went to class, I wrote an honors thesis, I worked. But I also liked skydiving. And walking barefoot on the beach in the middle of January.

But bit by bit, real life got in the way of my fearlessness.

My mom died, and the world felt a lot less safe.

Life became a series of “what ifs,” and  instead of savoring the good times and breathing through the challenges, I could only think about what could possibly go wrong next. And then one morning it dawned on me: this was no way to live. So I put on mascara, grabbed the black nail polish, and said, “Fuck it. I will not live like this anymore.”

I get one shot at life. One. Shot. And my kids only get one shot. And a life spent measuring out each moment in teaspoons just to get to the next step is not a life worth living. Sure, while kids — and grownups — need boundaries, fear is the ultimate straitjacket. And even though right now life is a big scary “what if,” even though there are moments when I want to scream with rage and frustration because I feel so damn powerless worrying about child support and sick days and being in three places at the same time, I’m living out loud.

And I am teaching my kids these lessons, because this former helicopter mama would rather go skydiving than hover over her kids waiting for the next accident. Sure, our days are not without our moments vegging in front of the TV. But most of the time, I encourage them to do all the things I was afraid to do for the last several years: to touch and taste and smell and listen to the world around them, to be in the moment with perfect trust in themselves. 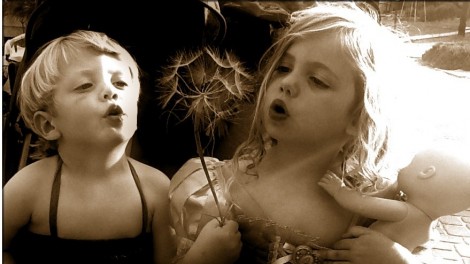 Within limits. When the sun shines, we roll down hills and get covered in grass stains and mud.

We dig our fingers deep into the earth and look for worms. We stop and smell the jasmine blooming all over the kibbutz. They pet dogs and look for snails. On rainy days, we bake chocolate cake and crank up the stereo and dance like sea-monkeys on speed. Yeah, it’s gangsta rap and ’90s grunge and not something more “child appropriate,” but hey, my kids are learning rhythm. And when they are exposed to this music later on – and believe you me, they will be – it won’t be something forbidden and taboo. “Oh, Tupac? Yeah, my mom and I used to dance to him when I was 3.”

We eat dinner together at the kitchen table, and if they finish all their veggies, they paint their faces with chocolate frosting. They wobble on their bikes. They fall and scrape their legs. When they cry, they know that I – or someone they love and trust – is close by to scoop them up and give them a hug and a kiss

And before bed every night, they brush their teeth. With toothpaste. Not Jack.

And even though we aren’t a conventional family any more  –even though this is never in a million years what I imagined my life would be like – we’re rocking the life we have.