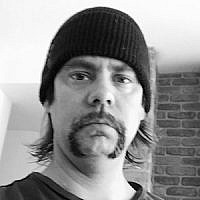 “If you tell a lie big enough and keep repeating it, people will eventually come to believe it. The lie can be maintained only for such time as the State can shield the people from the political, economic and/or military consequences of the lie. It thus becomes vitally important for the State to use all of its powers to repress dissent, for the truth is the mortal enemy of the lie, and thus by extension, the truth is the greatest enemy of the State.” Joseph Goebbels

There have been numerous occasions when his comments and actions have made this more than obvious. But Waters has been given carte blanche. Too many pro-Israel activists, professors and academics are afraid to take on Waters and the Boycott, Divestment and Sanctions movement. After all if you dare to speak out against their policies they will have you boycotted.

The fear that Waters and co. have created has let them get away with spewing the most vicious Jew hating words, while acting out the most pernicious of Jew-hating deeds.

Not too long ago Water’s wrote a letter comparing the Gaza Strip to the death camps of the Nazi’s. Not only is this comparison reprehensible, it is down right anti-Semitic. In fact, it is not even arguable.

The Jews of Europe did not vote Hitler into Power, the Arabs of Gaza did make the choice to vote Hamas into power. The Jews of Europe were never given a chance at freedom from the Nazis because of the British White Paper laws. Thanks to people like Waters the Jews of Europe had nowhere to escape to!

Israel left the Gaza Strip to the Arabs and left it completely. The hope was for the PA to turn it into a new Singapore, instead Hamas has turned Gaza into a rocket factory, complete with tunnels to kill Jews.

Unless Roger Waters is downright ignorant to history (which we know he isn’t) he should be able to see how heinous it is to compare Israel to Nazi Germany!

The propaganda war that Waters has been waging against the Jewish Nation is no different from the war that Goebbels waged against the Jews of Europe. Roger Waters is a frontman, but no longer for Pink Floyd. Today, Roger fronts Arab Supremacy. He acts as the White face for modern, Arab anti-Semitic fascism, called B.D.S.

Roger, if Joseph Goebbels was alive today, he would be very proud of you!