The Blogs
Simon Hardy Butler
Apply for a Blog
Advertisement
Please note that the posts on The Blogs are contributed by third parties. The opinions, facts and any media content in them are presented solely by the authors, and neither The Times of Israel nor its partners assume any responsibility for them. Please contact us in case of abuse. In case of abuse,
Report this post.

Late last night, a very interesting development occurred after I submitted my most recent blog post for the Times of Israel, which laments the upcoming, December 11 performance of notoriously anti-Semitic jazz musician Gilad Atzmon at Brooklyn venue ShapeShifter Lab.

Matthew Garrison, listed as creative director at the space, emailed me in response to a message I sent more than a week ago that condemned Gilad’s appearance at ShapeShifter Lab and urged management to cancel the show. In my latest piece for the TOI, I wrote that the operators of the spot didn’t seem to care about Atzmon’s bigotry, owing in part to the fact that he is still slated to play there later this month. But Garrison had some interesting things to say that in his email yesterday evening, and I’d like to share a bit.

For one, he noted that he is “in full agreement that any person that would publicly spew hatred, racial/gender/religious bias does not deserve a further platform to deliberately denigrate any other human being.” That’s good. He also stated: “Based on my personal view regarding the matter and your reaching out to us, I made every effort to ensure that the artist you are concerned with will not in any way shape or form use our venue to verbally express his political positions.” That’s good, too. And furthermore, Garrison “will reserve the right to cut the performance if he should violate this position we’ve agreed upon.”

Great. Thank you, Matthew Garrison. Those are all righteous steps to take.

But the ShapeShifter Lab CD did express that he wanted “to be clear about some reasons why we will not stop the performance from taking place.” Among them: “As an American man, growing up in a multicultural family”—here, he cites his Jewish, Mexican, Irish, African American and Native American heritage—”I firmly believe in people being able to express their inner creative self. Creative expression is something my family fought for with blood, sweat and tears and I must uphold this tradition.”

I agree with the need to allow others to “express their inner creative self.” At what point, however, does one draw the line … when such creative expression becomes harmful to others?

Garrison continued … and here might be one of the biggest reasons for letting Atzmon play his gig: “We interact with a series of organizations that host their events at our space. In this case the presenter is a record label/booking agency who curated this event.”

And there you have it. Translation: There may be logistical and potentially contractual/legal obligations precluding the cancellation of this concert. Such an issue is definitely understandable, yet I have something to offer in response.

When a prospective employee is about to be hired by a company, the entity will often undertake a background check of the individual that may entail scrutiny of the person’s social media activities. In any respectable workplace environment here in my hometown of New York City—and, for that matter, across the United States—hate speech will not be tolerated … and the discovery of any such behavior on, say, Facebook, where Atzmon has been extremely active in publishing his anti-Semitic viewpoints, may play a role in seeing that the hire is not given the job. ShapeShifter Lab may be a third party in this case, as the aforementioned record label/booking agency is a player in this effort, yet like any institution, it should have guidelines that ensure no one with such questionable ethics would be allowed to take the stage at the venue. In other words, it is no different from any other workplace. It should abide by the same precepts.

And why? Because hate speech is harmful to other people. A fellow who rants about how bad Jews are on Facebook, Twitter and his own website—which Atzmon does in his own roguish manner—is not someone I would want to share a room with. By continuing with the performance, ShapeShifter Lab is providing an uncomfortable environment for many music lovers, despite Garrison’s stipulations that this musician will not be allowed to use his space as a platform for his political ideologies. This is not all about freedom of expression here. This is about doing the right thing. Any company worth its salt wouldn’t hire Atzmon as an employee. Why should a venue treat him as something along the same lines?

My suggestion to Garrison would be to proceed along the same path that Ike Sturm, director of music for the jazz ministry at St. Peter’s Church on Lexington Avenue in Manhattan, expressed to me some weeks ago after I notified the institution about Atzmon’s recent performance there. Sturm stressed that he in no way approved the gig and informed me he’d do his best to make sure it wouldn’t happen again. Sturm has the right idea. He is protecting people from hate speech. That’s admirable, and I commend him.

I’m afraid I can’t do the same for Garrison and ShapeShifter Lab.

There are plenty of talented jazz musicians in the world who could do the same job, if not a better one, than Atzmon at this Brooklyn performance space. Perhaps Garrison could opt for those artists in the future instead of a virulently anti-Semitic one whose vicious, disturbing opinions are all too public. Maybe Garrison could choose to discontinue any further work and/or partnership with the record label/booking agency presenting this initiative. That might be a good start and would let the entity know that such individuals are unacceptable as stars on ShapeShifter Lab’s stage. Will he do that? I’m not sure. It’s clear, though, that for now, creative expression has won the day.

Unfortunately, with that on the table, everyone else loses. I hope Garrison looks at that inevitability with a critical eye. I sure as heck do.

And I expect anyone else with a heart to feel exactly the same way.

About the Author
Simon Hardy Butler is a writer and editor living in New York City. He has written for publications ranging from Zagat to Adweek and has interviewed innumerable people—including two Auschwitz survivors whose story may be heard at the United States Holocaust Memorial Museum’s website. His views and opinions are his own.
Related Topics
Related Posts
Comments 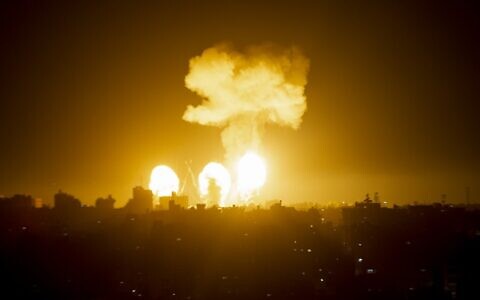