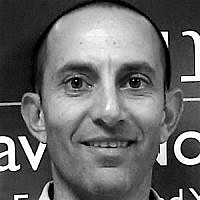 The Blogs
Dani Yemini
Apply for a Blog
Advertisement
Please note that the posts on The Blogs are contributed by third parties. The opinions, facts and any media content in them are presented solely by the authors, and neither The Times of Israel nor its partners assume any responsibility for them. Please contact us in case of abuse. In case of abuse,
Report this post.

Nearly everyone looks up to someone.

Betzalel Wieberman belongs to the last category because he models a humility that is too often absent from those who represent the best, the bravest, the brightest, and the brilliant.

Wieberman grew up under the shadow of terrible trauma. When he was no more than 9 years old, he witnessed, first-hand, a bombing attack on the Number 32 bus in Jerusalem. He had been a charismatic, energetic, popular student who achieved excellent grades. After the attack, however, Wieberman’s grades began to slip. He was no longer interested in hanging out with friends. Rather, he became a loner and oftentimes found himself in some very dark places where his behavior exhibited both rebellion and despair.  When it came time for his army service as a member of the Givati Brigade, Wieberman had some ups and downs. These included periods in which he questioned his own value. During Operation Protective Edge, he had repeated run-ins with commanding officers that even landed him a stint in the army’s jail.

At this time he was able to open up to his commanding officer who helped him to recalibrate his thinking. Once he turned himself around, he was determined to give back.

Betzalel began reaching out to the youth at-risk in his neighborhood, teaching them the drills he knew, and generally preparing them to enter the military. As his little program grew, he renamed it in memory of Liel Gidoni a”h, a soldier Wieberman had met who fell in Operation Protective Edge. 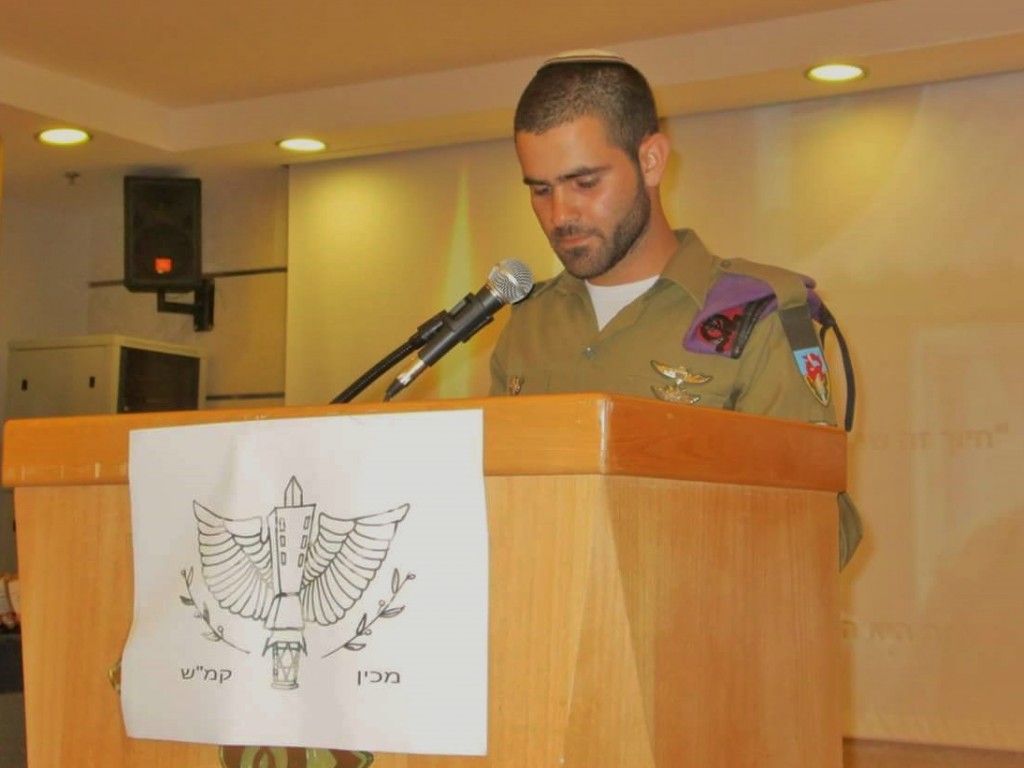 Betzalel plans to speak to several of Kav L’Noar’s school groups. Now that his story is out, many people want to hear the details of how he managed to stand tall in the wake of the recurring nightmares that follow witnessing a terrorist attack. He presents a valuable example of just how much a person can overcome, and his message to the youth he trains addresses the point that every person alive has a mission on this earth.

Kav L’Noar aims to bring that awareness to kids and the community at large. The organization offers public lectures to help parents become aware of the potential issues facing their families. With the cooperation of the Education Dept. of the Jerusalem Municipality Kav L’Noar has established groups in schools for those students who often end up on the fringes of society where they develop social skills and learn how to combat bullying. For those who do better with one-on-one interactions, Kav L’Noar offers private mentors and clinical counseling. The bottom line is that not every teenager has good role models surrounding them.  The intervention of a positive role model can make a huge difference in a teenager’s life.

That is what Betzalel Wieberman has been orchestrating  and that is what Kav L’Noar seeks to achieve in its mission, i.e. to help youth at-risk showcase their skills and talents and to help them achieve sufficient motivation to keep going. The Givati Brigade represents strong testimony to what one can accomplish. The lifeline that Kav L’Noar offers by providing admirable role models for at-risk youth, helps them become responsible adults who, in turn, will do their part for the next generation of kids who have challenges to overcome.

For more information about Kav L’Noar’s counseling and mentoring programs, see our website.

About the Author
Dani has devoted his professional life to the informal education of young people. He holds a B.A. in Educational Administration and an M.A. in Political Sciences, Government and Public Administration, both from Bar-Ilan University. He attended Yeshivat Hesder Or Etzion. Dani began his career in Bnei Akiva’s Head Office in Jerusalem. Later he was a shaliach of Bnei Akiva and the Jewish Agency, spending 2 years in Manchester, England and 3 years in Los Angeles. Before joining Kav L'Noar as C.E.O. in January 2014, Dani worked at World Bnei Akiva as Head of the world Shlichut Department. Dani, born in Israel, is married to Dorit (a social worker) and has four children. He resides in Peduel in the Shomron, where he and his wife act as mentors for a group of teenagers, providing them with guidance and support. Dani has also served twice as Municipal Head of Peduel.
Related Topics
Related Posts
Comments