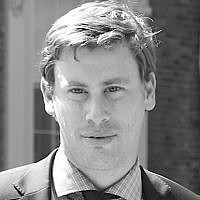 The Blogs
Michael Tweyman
Apply for a Blog
Advertisement
Please note that the posts on The Blogs are contributed by third parties. The opinions, facts and any media content in them are presented solely by the authors, and neither The Times of Israel nor its partners assume any responsibility for them. Please contact us in case of abuse. In case of abuse,
Report this post.

I would like to respond to your recent article in the New York Times, “Israel’s Self-Inflicted Wounds,” March 18, 2018, and call on you to step down from your post as president of the World Jewish Congress.

First and foremost, why you would choose the New York Times to make your voice heard on the issues you raise is puzzling.  Your comments about the “demographic” issues are a dog-whistle for those who want to label Israel as an apartheid state.  You didn’t go so far as to bake the metaphorical apartheid cake, but you mixed all the ingredients together for others to cook.  The other theme of your article, religious issues in Israel, are issues internal to the Jewish people, and should be debated within Jewish or Israeli papers.  Writing them for a broader audience simply gives fuel to the anti-Israel fires that already burn.

The only reason someone would use the New York Times to spread their message would be to attempt to embarrass and shame the Israeli government to a group of readers who generally already view Israel as inherently evil.  I would like to believe that, unlike Ehud Barak, who did the same thing last December, the head of the World Jewish Congress would not want to foment anti-Israel sentiment.  But alas, your words could have no other result than that.

More importantly than the impact of your comments, however, is of course the accuracy of them.  Were they valid, your choice of forum would still be objectionable, but they would be harder to criticize.  Instead, your comments are misguided and are regurgitated left wing talking points. I will deal with your broader points one by one.

First, you raise the democratic argument, the talking point of every left-wing Israeli politician for decades.  I urge you to watch a young Benjamin Netanyahu in 1978 answer the question you raise in your article with an answer that is still valid today, and will still be valid 20 years from now as long as the Palestinians have no leader ready to make genuine peace.

You, Mr. Lauder, should know Palestinian intransigence, anti-Semitism, and refusal to recognize a Jewish state are the real reasons there is no peace.  It is very nice that Palestinian leaders have “told you” they are ready to negotiate; in the meantime, President Abbas has refused to sit at the negotiating table with Prime Minister Netanyahu for years.  I will believe his actions over a few unnamed Palestinians apparently paying lip service to what you want to hear.  Abbas, and Arafat before him, refused to accept Israel’s legitimacy, and found their own ways to fight it.  While Israel extended an olive branch, Palestinian leaders extended pistols.

The demographic argument is particularly asinine because ostensibly pro-Israel critics who use this argument do not offer any realistic, specific solution in place of the status quo.  Should Israel withdraw from Judea and Samaria like it did from Gaza, so there is an ISIS state on its borders?  Should tens of thousands of Jews be uprooted so that the New York Times and the European Union says “thank you very much” and move on to their next attacks on Israel?  Israel is in Judea and Samaria because it was attacked;  it is not attacked because it is in Judea and Samaria.  Like leftists, you have the cause and effect completely backwards.

The vast majority of Palestinians in Judea and Samaria live under Palestinian autonomy.  They have the right to vote for Palestinian leaders (if the Palestinians ever held elections) and they are governed almost entirely by Palestinian laws, unless they commit crimes against Israelis.  There is really no decision to make, as you put it, between “[g]ranting Palestinians full rights and cease being a Jewish state or rescind their rights and cease being a democracy.”  Israel need not do either:  these Palestinians will never become Israeli citizens, as they weren’t in the first place, and will continue to enjoy (I use this term loosely) rights under Palestinian laws.  Israel need not give or take from these individuals.  If there ever is a two state solution, and a genuine peace, these Palestinians will become citizens of the state of Palestine.  If not, they will continue to have the same rights they have now, with Israel offering improvements at the margin consistent with the security situation.  The situation is really no more complicated than that.

Next,  I will deal with the religious issues in Israel you raise.  Israel has wrestled with some religious issues as of late – including the Haredi draft and the Western Wall prayer issue – but the natural push and pull of a Jewish democratic state hardly makes Israel a “semi-theocracy”.  The policy at the Western Wall has always been separate prayer, so by your logic, Israel has been semi-theocratic since basically its founding, when irreligious Labour Zionists like David Ben-Gurion formed the country’s leadership.  Wikipedia’s description (direct quote in Italics) of how Ben Gurion dealt with this complex issue are largely accurate and demonstrate that the current status quo is nothing new and has existed for the 70 years of the state’s existence:

[Ben Gurion] sent a letter to Agudat Yisrael stating that while being committed to establishing a non-theocratic state with freedom of religion, he promised that the Shabbat would be Israel’s official day of rest, that in state-provided kitchens there would be access to Kosher food, that every effort would be made to provide a single jurisdiction for Jewish family affairs, and that each sector would be granted autonomy in the sphere of education, provided minimum standards regarding the curriculum be observed.

To have Jewish rituals engrained in the laws of the State does not make Israel a theocracy; rather, valuable customs and rituals that regimes throughout history have sought to erase from the earth are preserved.

In addition, the “Modern Orthodox,” who you group with the other denominations, are unwavering supporters of Israel both inside and outside the country.  There is absolutely no evidence that the Modern Orthodox community is any way concerned by the policies you mention.  Indeed, the Modern Orthodox aka Dati Leumi, leadership in Israel is part of the government and has been influential in shaping both domestic policy and security policy.  As for the Reform movement in the US, its leadership is aligned with left-wing parties in the US and it has been critical of Israel for years.  If Reform Jews are going to base their support for Israel on whether they can stand directly next to the opposite sex at the Kotel, it doesn’t sound to me like the support was that strong to begin with.

As for the argument that millennials are distancing themselves from Israel, it is not because Israel’s values are different than their values, it is because they perceive Israel’s values as different than their values.  Why has that happened?  Because, and this is the sad irony, they read articles like yours which reinforce the false notion that Israel is a rogue, semi-theocratic, pariah state, while the Palestinians are a helpless, oppressed, population of victims.  If people in leadership roles like you would highlight Israel’s core democratic values, tolerance, and sacrifices for peace over the years, along with Palestinian terror, anti-Semitism, rejection of democratic values, and rejection of Israel, millennials would get a more accurate picture of the conflict than the one you paint.

Ignoring Benjamin Netanyahu’s legal woes, for the sake of argument, he has done an absolutely fantastic job as prime minister, which polling in Israel continues to reinforce.  The economy is strong;  Israel’s security services have been incredible in keeping the country safe to the best of their ability; and Israel is developing overt and covert diplomatic ties with countries all over the world – from Africa, to India, to the Arab world – including some countries that have long been considered Israel’s enemies.  Israel projects strength to its friends and enemies and acts with self-confidence on the world stage.  It has, to its great credit, preserved its Jewish character in the face of a strong trend in the West towards secularism and post-modern deconstruction of values and hierarchies.

It takes a very cynical, read leftist, worldview to put a negative gloss over Israel’s achievements and current state of affairs  For you, of all people, to have this worldview is truly unbelievable to me.

After your article, it is appropriate you step down from your post.  No one is stopping you from having opinions on the conflict – you are entitled to your views.  But when you malign, embarrass and defame Israel to the non-Jewish world in a paper that is inherently hostile to Israel, you have crossed the line.  It is as simple as that.