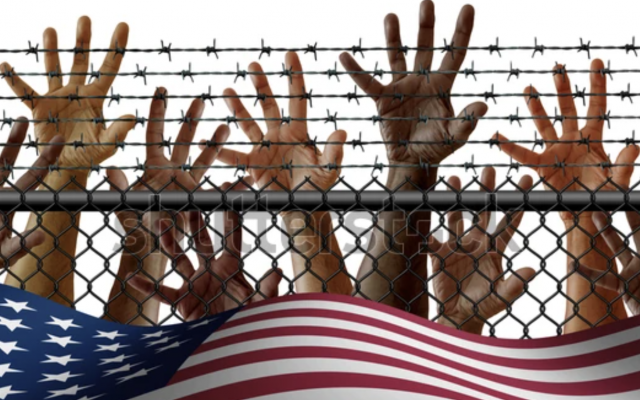 Photo is from shutterstock
Guy sold his spouse to the devil for a part on Broadway. Things didn’t end well. Guy’s partner gave birth to the Devil’s spawn, Rosemary’s Baby. Their world became hell. Godless.
Making deals with devils always end poorly, which is why Job refused to betray God when blanketed with Satan’s boils, which is why a messiah, (King) David, sang praises to God while bleeding, which is why the Prophet Habakkuk directed us to hear the cries of the suffering (2:10):
“For a stone shall cry from the wall, and a chip shall answer it from a beam. יאכיאבן מקיר תזעק וכפיס מעץ יעננה Woe to them who build cities with blood and establish cities with injustice. יבהוי בנה עיר בדמים וכונן קריה בעולה”
The biblical and Quranic God is concerned with the anguish of the most vulnerable. Both bibles and the Quran, although very different, are stories about a liberation God who empowers the suffering while commanding all to protest political tyranny. Judaism, Christianity, and Islam are charged with prophetically rebelling against powers’ idolatry and corruption. It’s not a coincidence that Jesus confronts power with love: “can we get some love down here!?” “No! Crucify that rebel Jew!” Pilot’s idolatrous Roman hate was not to be hijacked by love.
The temporal architect of Christian power, the Roman emperor Constantine eclipsed Jesus’s revolution in Judea when making Christianity a religion of the Roman Empire in the 4th century c.e. What do you do when your religion calls for revolt against corrupt power and then double deals with it to become worldly important? You fight it; prophetic Christians have been fighting Constantinian Christian corruption ever since Constantine gave it state power.
Constantine was a political, military and monetary winner, and like the disgraced former American President Donald Trump, he provided Christianity political muscle. Prophetic Christians rebelled against Constantinian Christianity from the get go and thank goodness many still are, e.g. Christian (womanist) theologian Jaqueline Grant and Pastor William Barber. Like Grant and Barber, Martin Luther King was a prophetic Christian.
Christians like Grant and Barber highlight that American political power often violates the needy, our most vulnerable. One look at the United States southern border, for example, shows power hating the vulnerable, many of whom they house in for-profit prisons while others, such as those in the South, are subjected to slavery. Proponents of this dress in anti-government cowboy narratives while lobbying for anti-democratic Constantinian tyranny. I call these Constantinian plutocrats cowboy capitalists.
Jesus would call for hospitality on our Southern border while protesting against American (faux) cowboy capitalists locking up and locking out our vulnerable neighbors. Jesus would hail for more love on that border. He would reject ethnic white Christian nationalism gowned up in Constantinian drag. Like most Judeans of his day, he’d call power worship, idolatry.
Jesus, like thousands of others, was murdered for rebelling against Rome. He was a prophetic Jew protesting Roman corruption at the Temple. Jesus didn’t have a concept of the devil. That comes later. But he hated the adulation of power.
Working with an idol only brings misery, it is a betrayal of God. The screams from our southern border are loud, yet we don’t hear them as evidenced in US anti-immigrant policies, policies deafening us to the other. Perhaps the Prophet Habakkuk was also chronicling us when he prophesied our self-chosen fate (2:11).
“For a stone shall cry from the wall, and a chip shall answer it from a beam.         יאכיאבן מקיר תזעק וכפיס מעץ יעננהWoe to him who builds a city with blood and establishes a city with injustice. יבהוי בנה עיר בדמים וכונן קריה בעולה”
The transactions many Americans have made with devilish political power to get the laws they want runs contrary to the ethics in the sacred texts many claim. Present American immigration policy toward vulnerable people banishes the liberation God of these sacred traditions. This is because Constatinian political Christianity wears the gowns of the Grand Inquisitor who, according to 19th century existentialist Fyodor Dostoevsky, arrested Jesus and locked him in a dungeon, perhaps a for-profit prison run by Rosemary’s baby.
—
(John Gielgud plays the Grand Inquisitor in this 25 minute public domain recording of Dostoyesky’s chapter, The Grand Inquisitor: https://youtu.be/om6HcUUa8DI )
Stephen Stern grew up in Tucson, Arizona, near the US border with Mexico.
About the Author
Dr. Stephen Stern has authored Reclaiming the WIcked Son: Finding Judaism in Secular Jewish Philosophers, and The Unbinding of Isaac: A Phenomenological Midrash of Genesis 22. Stern is an Associate Professor of Jewish Studies & Interdisciplinary Studies, and Chair of Jewish Studies at Gettysburg College
Related Topics
Related Posts
Stephen Stern