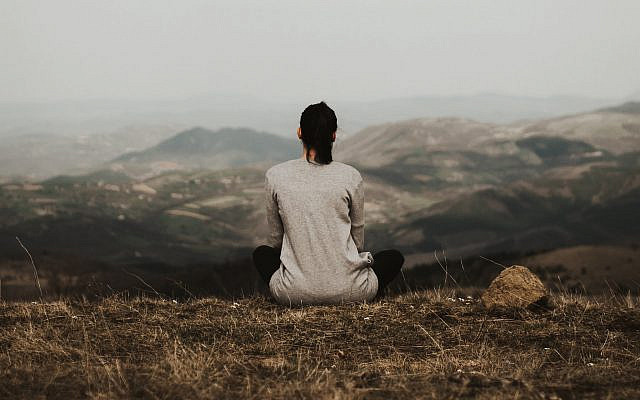 Photo by Milan Popovic on Unsplash

While Rosh Hashana is understood simply as the Jewish New Year, Rosh Hashana is far more than a Jewish version of the secular New Year of January 1st. In fact, it is one of the holiest days of the year, the beginning of the period known as the High Holidays and the Days of Awe. What is it that makes Rosh Hashana so sacred and profound, and how are we to properly prepare for this awesome and auspicious time?

While January first is an arbitrary date that was selected as the beginning of the new year by the Romans some time in the first century BCE, the first of Tishrei marks the genesis of human history – it is the sixth day of creation, the day on which Adam and Eve, the progenitors of all humanity, were created. It is therefore the anniversary of our collective birth, the day that each of us originally came into being.

While some do mark the secular new year with resolutions for the year ahead, the Jewish New Year is a time of deep introspection and reconnection. Rosh Hashana is not merely the celebration of God’s creation of the universe millennia ago, it is also an observance of the day that He will hopefully choose to create the universe anew. The mystics teach that Hashem recreates the world at every second, but on the anniversary of His original inception each year, He pauses to decide whether He will continue the project for another year.

If we sincerely invite God to be our king for another year, recognizing our relationship to Him and committing ourselves to working to reveal Him throughout His creation in the year ahead, then He once again recreates the world and thereby provides us the opportunity to do so. If, however, He is forgotten by His creations and we have devoted ourselves instead to false gods, earthly kings, and self-serving agendas, then He may determine that there is no reason to sustain the creation any further.

At sundown on the eve of Rosh Hashana, God inhales deeply and holds His breath, so to speak, so that through that night the universe stands in a state of suspended animation. At this time, God is deciding whether to exhale and reinvest His “ruach/breath” into the creation for another year. We flock into synagogues at this time and fervently pray for Him to breathe life into us and into everything yet again. Our prayer is not “please give me life, and wealth, and health because I am afraid of Your punishment and greedy for Your blessings.” It is “please provide me another opportunity to make You manifest within me and throughout Your creation.”

We anxiously hold our breath, so to speak, as He is withholding His. The anticipation builds as we await His decision. After the morning service, the moment of truth finally arrives at the time of the blowing of the shofar. The congregation stands in awe and trepidation. And finally the blast of the shofar rips through the silence. With it, God’s life-giving energy once again flows into the universe. The breath that is blown through the ram’s horn symbolizes God’s breath returning to vitalize us for another year.

We thus observe the day with tremendous humility and gratitude for the past, and simultaneous awe and rededication for the future. It is a time of immense joy, and also profound meditation and seriousness. We rejoice in the tremendous love and kindness that has been showered on us throughout our lives – reminding ourselves that every breath, every dawn, every interaction, is a priceless gift. And we simultaneously examine our conduct to determine whether we have responded to such generosity with reciprocal love, or whether we have taken our blessings for granted and allowed our Creator to love us without loving Him back.

Rosh Hashana is not to be a day of guilt, but rather a day of intense MINDFULNESS. If we have been distracted and preoccupied throughout the past year – as many of us tend to be on account of all of the responsibilities, worries, and desires that divert us on a daily basis – Rosh Hashana is the day for us to put all of our concerns aside and to focus intently on our existence. Why are we here, who is responsible for our being, and what are we doing with the precious gift of every moment?

Rosh Hashana literally means the “Head of the year.” It is not the “beginning of the year” or the “new year,” but specifically the “head” of the year. This is because it is the day for us to use our head to practice the mindfulness for which we were ultimately created.