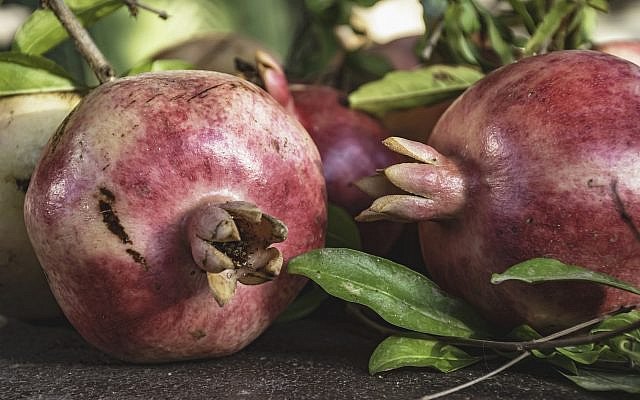 Rosh Hashanah is called the Jewish New Year. The words Rosh Hashanah (Head of the Year) are not found in the Five Books of Moses at all. They are used once and that is in Ezekiel 40:1, but there it is only in reference to a Jubilee Year, not a New Year. The ordinance that is called Rosh Hashanah today is found in Leviticus 23:24. It is in the seventh month, called Tishri:

And the Lord spoke to Moses, saying, ‘Speak to the Israelites, saying in the seventh month, on the first of the month you will have a Sabbath… a holy gathering. You will do no work of service….’

The actual Jewish New Year, that is the first day of the first month, is ordained in Exodus 12:2 and refers to the month of Nisan:

“And the Lord said to Moses and to Aaron in the land of Egypt… This month shall be the head of months [Rosh Chadoshim] for you. It will be the first of the months of the year for you.”

The day now called Rosh Hashanah has come to be a day leading to the holiday of Yom Kippur, which is observed as a time of self-examination and repentance. But that was not its original purpose as described in the Hebrew Bible. Its original purpose was to be a day of rest. One of seven rest days prescribed in the Hebrew Bible, the others included Passover (Pesach), the Feast of Unleavened Bread (Chag Hamatzot), the Feast of Weeks (Shavuot), the Festival of Booths (Sukkot), the Day of Atonement (Yom Kippur) and the Sabbath day.

It is interesting that almost no online references to Rosh Hashanah refer to the biblical ordinance, but are overwhelmingly concerned with its later significance.

Why rest days? The clue is found in the law about the Sabbath day as found in the Ten Commandments, starting at Exodus 20:8. There the Lord commanded:

Remember the Sabbath day, to sanctify it. Six days you will work… But the seventh day is a Sabbath to the Lord your God. In it you will not do any work, you, your son and your daughter, your manservant, your maidservant, nor your cattle nor the sojourner within your gates. Because in six days the Lord made the heaven and the earth, the sea, and all that is in them, and He rested on the seventh day….

There was a reason given why the Lord rested and why humans and work animals were also to rest. It is an intriguing reason, specifically based on logic for the protection and health of the people involved. Whilst space prevents me from elaborating in full here, a detailed analysis can be found on pages 175-184 of my book Talking With God.