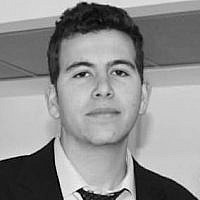 The Blogs
Michael Sierra
Apply for a Blog
Advertisement
Please note that the posts on The Blogs are contributed by third parties. The opinions, facts and any media content in them are presented solely by the authors, and neither The Times of Israel nor its partners assume any responsibility for them. Please contact us in case of abuse. In case of abuse,
Report this post.

Iranian President Hassan Rouhani has arrived in Italy for the first leg of a European trip during which he is expected to sign major business deals. The visit comes a week after the implementation of a nuclear deal that saw economic sanctions against the Islamic republic lifted. In Rome, Mr Rouhani is expected to sign agreements with Italian firms worth some $18bn. So if Italy makes money, why be adverse to visit Hassan Rouhani? Easy. No economic agreement will ever compensate for blindness in the face of continued violations of human rights.

Iran is well known for the violence of human rights. In Iran for example, to convert to Christianity or any other religion is considered a capital crime, while Christians are allowed to convert to Islam. Converts to Christianity are persecuted and forced to meet clandestinely, while the missionaries are usually expelled and sometimes jailed for distributing Bibles. Bahais groups and Christians suffer arbitrary arrest, prolonged detention and confiscation of property. Since the Islamic Revolution of 1979, the government has executed more than 200 Bahai. According to Iran law, intercourse between two individuals of the same sex, is considered a crime. If the active part is a non-Muslim and the passive part a Muslim, both will be sentenced to death.The rights of women, of gays, and minorities, are not respected. Out of 3,000 reformist candidates for the new Parliament of Tehran, only 30, or 1.0%, obtained permission to stand in the election.

In the light of all of this, to see the preparations to welcome Hassan Rouhani like a Nobel Prize or a person able to contribute “positively to regional and international peace and security” – words with which the High Representative of the European foreign policy Federica Mogherini greeted the ‘Understanding on nuclear’ – is a depressing sight.

But the light at the end of the tunnel comes from the Jewish communities in Italy, the Israeli Ambassador and some individual protesters.

“Western countries must not treat Iranian President Hassan Rohani like “the king of the world,” during his visit to Rome and Paris this week”, the Israeli Ambassador to Italy, Naor Gilon, said Monday to ANSA agency. “I hope it doesn’t become a victor’s parade by the king of the world to whom everything is allowed,” the ambassador told ANSA in an interview in which he underlined his concern over the Iranian head of state’s high-profile Italian sojourn. “Israel expects that the West “not forget its basic values” and that it imposes on Iran respect for very precise “red lines” not just on military-use nuclear power but also on the destabilisation by the Islamic Republic of Iran in the Middle East and the failure to respect human and political rights.

Rouhani’s visit comes on the eve of the Day of Memory of the Holocaust being marked Wednesday. “Iran has a long history of negationism amd each year during these days it organises a competition to ridicule the Holocaust,” the ambassador said. “I find it difficult to think that the Italian authorities can’t find a way to express their disapproval,” he added.The chief Rabbi of the Rome Jewish community, Ricardo Di Segni, joined the condemnations. In a presentation of a book during the memorials events, Rabbi Di segni said that “Just as we must say that there was the Holocaust, we must say that there is no room for deniers, even if we do make many business”. 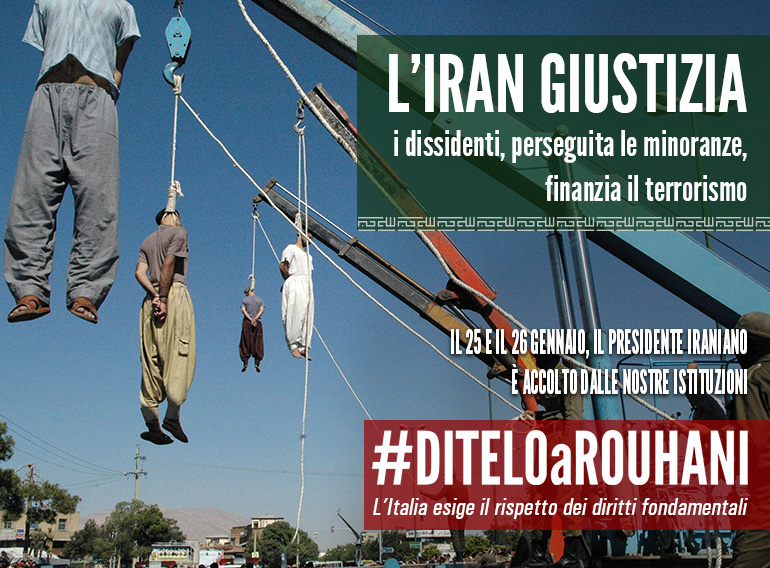 To condemn the visit of Rouhani, also the NGO Dreyfus project (“Progetto dreyfus” in Italian). Dreyfus Project is an Italian nonprofit organization dedicated to fighting against anti-Semitism, all kinds of fundamentalisms and discriminations. Project Dreyfus observes and reports the events, current events and the history of the Middle East in order to understand the conflict in progress.Alex Zarfati, Project Dreyfus President and Co-founder wrote on Project Dreyfus web site: “We want that Italy will not remain in silent in the face of these injustices. We want to raise the voices strongly, placing clear conditions for the continuation of bilateral relations. The highest representatives of the Italian state must put the issue of respect for human rights at the center of every meeting and consultation with Iranian representatives.

During the visit of President Rouhani in Italy, we hope that the President of the Republic Sergio Mattarella and Prime Minister Matteo Renzi, will use this valuable opportunity to condemn Iran’s violence“. The Dreyfus project has lunched a social campaign against Rouhani visit. In the social campaign that became viral, the participant are required to upload and share photos with Iran crimes and the hashtag #DITELOaROUHANI (“say it to Rouhani” in Italian). The organization also organized several trucks with a big sign of #DITELOaROUHANI in central places in Rome.

Would this protests, the opinion of the chief Rabbi and the Israeli Ambassador will influence the highest representatives of the Italian state? Time will give the answer. One thing is sure: Italy need to chose between business and moral values.

About the Author
Michael Sierra was born and raised in Jerusalem. His family is from Italy and he is responsible for student activities in Israel's Italian Jewish community.
Comments