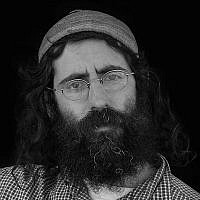 The Blogs
Shaul Judelman
Apply for a Blog
Advertisement
Please note that the posts on The Blogs are contributed by third parties. The opinions, facts and any media content in them are presented solely by the authors, and neither The Times of Israel nor its partners assume any responsibility for them. Please contact us in case of abuse. In case of abuse,
Report this post.

I hope to learn more by publishing this post. The difference between Rights and Responsibilities has always interested me, and I’m interested in hearing what you think.

My society and state does not believe in the right to bear arms. Our state has a responsibility to provide security for its citizens, and when the state recognizes that individuals can assume that responsibility, it allots them their part and they can assume the responsibility of security and to bear arms (after trainings and background checks, also a part of the state’s responsibility to its citizens). Two weeks ago, a Palestinian attacker snuck into my town with the intent to kill. A neighbor who is a member of the security team and responsible for our safety, was able to get his M16, engage and kill the attacker (before he arrived at the next backyard, where five young girls were having a little bonfire together, including my daughter).

In my country, the founding ethic is our Jewish peoples story and the state is an achievement that strives to assume the responsibility for our peoples wellbeing. One of the most painful but profound wounds in Israel’s story of state-building was around the Altalena, Ben Gurion’s command to confiscate the weapons from pre-state militias- and the decision by those militias to accede to the sovereignty of the state, despite the differences. That visceral sense of collective self, despite all the intense conflict it contains- is the locus of responsibility. Our mandatory draft to military service for the sake of our society’s well-being challenges many to overcome their personal politics and assume the role as messengers of the collective responsibility. Even the ultra-Orthodox exemption from service, is not based on an individual Right not to serve. The secular leadership acknowledged that they are fulfilling a different form of responsibility to the collective- and that a nuanced understanding of a collective identity stood. While it clearly has it’s faults and limitations, the placement of the collective as the base, and responsibility as the premise instead of the individual and his or her rights, seem to be directly opposed to the American civil contract.

The premise on which Americans seem to claim their rights to bear arms, is directly connected to the another malady from which these shootings seem to stem from. Because the discourse of Rights places individuals at the center. From rugged individuals to lone shooters. The same individual who is enshrined as a holder of power, in a convoluted attempt to create a functioning society, faces a lonely path to acceptance and a meaningful life. That same emphasis on individualism, competition and all that it entails, seems clearly to be a part of what leads so many young men to find their way into our headlines and horrors.

I believe that rights can be granted. When my responsibility to another is so great and present to me- I might acknowledge it as worthy of being enshrined as a right. My daughter rightly demands I give her food when she is hungry, just as my baby demands to be fed. But to suggest from the outset that children have a Right to food, is a reflection of a world where our sense of responsibility for each other has already failed.

Is Americas struggle for independence the ultimate story of a fatherless child- rebelling against the British and still to this day living out a teenage fantasy of independence, and an inability to form a social contract with itself? The insistence on the individual story and the resistance to acknowledging the actual web of relations and identities that comprise of America today? This has left individuals and interest groups to fight over the country, and the weapons are justified as the tool necessary if the state ever turns against us. The trauma of America’s birth has set its course to live by the sword- while the state has almost never faced an attack on its soil. Even the phrasing, claiming and achieving of Civil Rights, Abortion Rights and more, all left those values in a power struggle where the question of our responsibility to each other wasn’t addressed. As the claiming of rights is often seen as a threat to others, the terrifying militarization of those rights and how they are protected casts an ominous shadow over where America may go.

Responsibilities have the exact opposite effect on us as rights. While Rights persuade us that we are at the center, able to demand of others and deserving, responsibilities demand of us, emphasize our place within our networks, and call us out to fulfill obligations. Where those two roads lead, are two starkly different societies.

The rising phenomena in Israeli society for American-style social discourse, whether stemming from a sense of the states failure to protect its citizens, or from a more deep-seated rejection of granting authority to our national collective are real issues. The impact of American cultural influence cannot be understated, and the inherent seeking of freedom from the weight of the collective as Israel evolves are all part of this back and forth.

But every time the call comes forth to protect individual rights, something seems deeply broken in the basic paradigm, as if we’re hiding from our collective responsibilities.

A reflection from the side: Israel and American, despite many of their similarities, also stand in polar opposite of each other. For while both state’s were built largely by refugees and immigrants, American immigration was largely as the place where people have escaped to, fleeing or losing their collective identities- and releasing (or prying) individuals from the weight and context of their collective. Israel has been in essence the opposite- allowing Jews spread as powerless individuals across the exile, to flee their “individuality” and gather to reclaim their social contract as a living nation and state. Such wildly different founding legacies. And each presenting their own intense challenge. As Jerusalem Day approaches, a good friend questioned the legacy of the day as a Right or Responsibility? Whether we wield our rights or assume our responsibilities are two very different ways to live this story.

About the Author
Shaul Judelman was raised in Seattle, Washington from the age of two. He travelled to Israel in 2000 and after a short time in Kibutz Sde Eliyahu, fell in love with the project that is Israel and Jewish heritage and land. After six years in Yeshivat Bat Ayin, he worked on various projects combining Judaism, Israeli environmental issues and religious-secular issues. Since 2010, he is the Israeli co-director of Roots and lives in Tekoa with his wife and family.
Related Topics
Related Posts
Comments