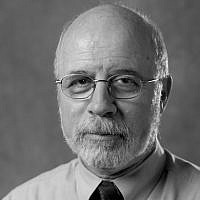 The Blogs
A. Mark Clarfield
Apply for a Blog
Please note that the posts on The Blogs are contributed by third parties. The opinions, facts and any media content in them are presented solely by the authors, and neither The Times of Israel nor its partners assume any responsibility for them. Please contact us in case of abuse. In case of abuse,
Report this post. 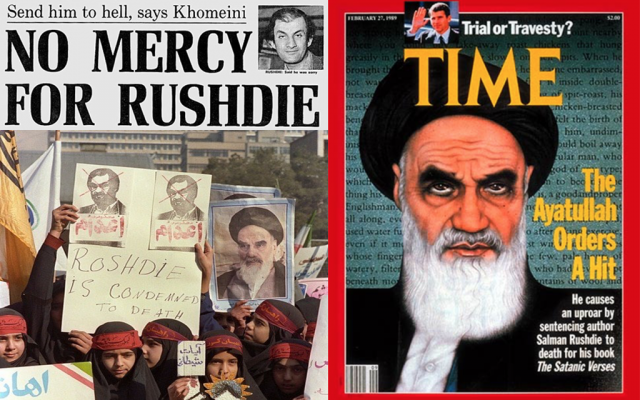 Rushdie and freedom of speech

In a recent piece in the Guardian relating to India-Pakistan, Salman Rushdie put into words exactly what I feel about Israel-Palestine (see here). And my thoughts are those of a long-standing Zionist. I chose to immigrate to Israel, made a life here, sent my three children to the army. Lest anyone doubt my bona fides, I still believe that this country is the best solution to what used quaintly to be called “The Jewish Problem”.

With respect to Rushdie, I read Midnight’s Children his fine (and first !) novel about India’s violent birth when it was published many years ago. Even then I immediately saw the parallels between the tragic and bloody partition of the Indian subcontinent and our own dolorous history here in the Middle East. Of course like all historical analogies this one was far from perfect. But the number of parallels was still astounding. First, in the late 1940s we both kicked the British out of our homes. (Or perhaps more accurately, Perfidious Albion simply washed its hands of all four of us: subcontinental Indians and Pakistanis, Palestinian Jews and Arabs ).

The grinding Moslem-Hindu and never ending Arab-Jewish conflicts have so much in common. Each story involves contradictory narratives, tragic two-way refugee stories and mass killings. Again, the analogies are imperfect. For example, the scope of the subcontinental carnage was in the millions of deaths while ours had “only” been  in the tens of thousands. In the subcontinent the two countries “accepted” partition, with Pakistan being the more ardent separatist. In our conflict the Jewish Yishuv (pre-state organization) accepted our own partition but the Palestinians (and their Arab allies) would have no part of it. Pakistanis made a big mistake in mismanaging their own separation from India and in my view the cardinal error of Palestinian nationalism was to reject partition. And sadly, with a little help from their friends, both within and without Israel-Palestine, they continue to pay the price for choosing to be refuseniks. For our part, we err in not chasing after a re-partition.

Furthermore, when I read the book and now even four decades later, the two conflicts are still unsolved. Worse, three out of four of the relevant countries now have nuclear weapons;  and this might rise in a distorted sense to four should lran (a noble “champion” of the Palestinian cause, or so they like to claim) develop the bomb.

But this is not Rushdie’s main point. What really struck me was his cri de coeur about the internal changes that India has undergone since it rose from the ashes of its struggle for independence, bursting with promise as the world’s youngest and largest democracy. And while no longer young, like us in a way,  India is still a  democracy. But like Israel, it is a flawed democracy under siege – and not from the outside, but from within. (Re democracies we can forget Palestine – the PA has never been a liberal, law abiding  institution and Hamas? As the New Yorkers put it so well,”Fuggedaboudit “). In his birth country Rushdie bemoans the rise of extreme Hindu nationalism and in my adopted homeland I mourn the rise of extreme Jewish nationalism.

If not yet convinced by my analogy, I urge the reader to conduct a little thought experiment. Just read through the following passage from Rushdie’s piece and simply  replace  “India” with “Israel”, “Hindu” with “Jewish”. I have deleted those aspects not relevant to our situation.

“I have to say that India is no longer the country of [Rushdie’s novel] …. When I wrote Midnight’s Children I had in mind an arc of history moving from the hope – the bloodied hope, but still the hope – of independence to the betrayal of that hope …… India today, to someone of my mind, has entered an even darker phase than the Emergency years. The …. increasingly authoritarian character of the state …. the religious fanaticism, the rewriting of history to fit the narrative of those who want to transform India into a Hindu-nationalist, majoritarian state, and the popularity of the regime in spite of it all, or, worse, perhaps because of it all – these things encourage a kind of despair.”

Clearly, India and Israel are not the same countries. Salman Rushdie and I are not the same people nor have we lived similar lives. But reading his piece today, I share the great author’s fears. If India is not the same country Rushdie wrote about 40 years ago, neither is Israel the country I moved to almost 30 years ago. Like Nehru watching Modi, Menachem Begin is I am sure rolling in his grave observing with horror the bizarre anti-democratic antics of Bibi and his Likud acolytes.

Unlike Rushdie, I am staying put in the hope that we can and will come to our senses before it is too late.  These days, Bibi’s trial offers both faith and despair. Faith in the strength of Israel’s media and in our judicial system; and despair that we have chosen such a prime minister. And even worse, that so many still support him, despite our PM’s  dark similarity to India’s present leader and to other autocratic caudillos  of erstwhile democracies.

About the Author
Dr. A. Mark Clarfield is an Emeritus Professor of Geriatrics and head of the Centre for Global Health of the Faculty of Health Sciences at the Ben-Gurion University of the Negev. He grew up in Toronto went to medical school there before moving to Montréal. He is certified in Family Medicine, Public Health and Geriatric Medicine. In 1992 together with his family he moved to Israel. Apart from work he enjoys performing in his folk music band, "The Unstrung Heroes".
Related Topics
Related Posts
Comments