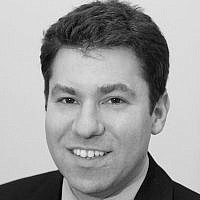 The Blogs
Steven A. Cook
Apply for a Blog
Please note that the posts on The Blogs are contributed by third parties. The opinions, facts and any media content in them are presented solely by the authors, and neither The Times of Israel nor its partners assume any responsibility for them. Please contact us in case of abuse. In case of abuse,
Report this post.

Almost from the start of the conflict in the Gaza Strip, the commentariat has been seized with the idea of “empowering [Palestinian Authority President Mahmoud] Abbas” as the only way out of the recurrent violence between Israel and Hamas. The discovery of this idea in Washington (and Jerusalem for that matter) is rather odd, not because it does not make sense, but rather because the idea is so reasonable and obvious that one wonders why — ten years after he became the Palestinian leader — it took so long to recognize it. Almost from the moment of Yasser Arafat’s death, Egypt sent high-level emissaries to the United States, warning that the new Palestinian president needed help lest he gradually cede the political arena to Hamas. He did not get it then and now it is likely too late to salvage Abbas.

The only ways the Palestinian president has been able to keep his opponents at bay are through a corrupt patronage network, which ties West Bankers to the Palestinian Authority, and an American and Canadian trained security force that keeps Hamas down. He desperately needs both because Abbas has largely lost what is arguably the most important battle with his adversaries — the one over narratives. The Palestinian leader, who emerged after the death and destruction of the second intifada, surveyed the wreckage and asked how Palestinians had advanced their cause through violence. He counseled that suicide bombings and other kinds of attacks on Israelis did quite the opposite from their intended goal, compelling the Israelis to counter violence with violence and dig in deeper on Palestinian land. Rather it was negotiation — according to Abbas’ vision — that provided the best chance for Palestinians to achieve their rights and dignity.

Hamas, on the other hand, counters that negotiations are a ruse under which Palestinians are further dispossessed. The very fact that there are more settlements and more Israelis on occupied Palestinian land in the 22 years since Arafat and Yitzhak Rabin signed the Oslo Accords is as clear an indication as any that Israel has no intention of relinquishing the territory. As a result, the Hamas leadership tells Palestinians that the best and only way to achieve their rights and recover their homeland is armed resistance. For average Palestinians weighing the validity of these competing narratives against their everyday reality, the lack of progress in the on-again-off-again peace process, the continued Israeli settlement push — especially in Arab sections of Jerusalem — and the outright support among some members of the Israeli cabinet for annexation of the West Bank renders Hamas’ account about the futility of negotiations closer to the truth.

It is also important to remember that over the last decade Hamas won a free and fair election, defeated PA security forces in Gaza, and fought two previous conflicts with Israel to a draw. Despite its physical and political separation from the West Bank, the organization remains well-represented in Abbas’s territory. Among the variety of good reasons why Palestinian elections are long overdue, one of them is surely that the Palestinian president is afraid of losing another election to Hamas.

Hamas’s recent troubles that compelled its leadership to seek a unity government with Abbas are a function of two factors: political changes in Egypt that have made it difficult for Hamas to raise revenue through the taxation of smuggled goods and importantly, two years of relative quiet in Gaza that has forced Hamas to govern, which apparently it does quite badly. This is where the Israelis have missed an opportunity. Instead of using the period after the 2012 cease-fire to help Abbas by giving him a political win and boosting his narrative about the promise of negotiations, Jerusalem did nothing. When Secretary of State John Kerry launched a push for peace in 2013, the Israeli government went along, but never gave Abbas anything he could use to close the gap between what he was telling Palestinians about talks and their objective reality, which unfortunately for the Palestinian Authority president included Jerusalem’s announcement of new settlement building and failure to honor its commitment to release Palestinian prisoners.

Of course, Israeli leaders have their own politics and coalition to worry about, but Abbas cannot be the partner for peace that Prime Minister Benjamin Netanyahu claims to want if Israel’s government undermines him. Critics will no doubt argue that Abbas passed up an opportunity for a big win when he allegedly walked away from Prime Minister Olmert’s offer to end the conflict in September 2008. Yet Abbas did not. He objected to the part of the plan in which Israel would annex more than 5 percent of the West Bank and stalled for time hoping the U.S. elections would bring a more impartial mediator to the process. That may have been a miscalculation, but Abbas was reportedly willing to keep negotiating. It was Operation Cast Lead and Prime Minister Netanyahu’s rejection of Olmert’s plan when he came into office that brought it to an end. No matter, Abbas was blamed, reinforcing the old canard that the Palestinians “never miss an opportunity to miss an opportunity.”

Against this backdrop, why would anyone think that after a ceasefire in Gaza — when it comes — Abbas could be empowered at Hamas’ expense? After weeks of resistance, which has become part of the Palestinian identity under occupation, why would Hamas give up what they have gained to the Palestinian Authority? Why would it willingly disarm in favor of a group it defeated on the battlefield seven years ago? Over the last three weeks of conflict, Hamas has only burnished its nationalist credentials, established that it cannot be defeated, and that it has a reservoir international support. It is also hard to understand how partnership with Israel will help Abbas after Operation Protective Edge has caused so much damage and killed so many Palestinians. Abbas hates Hamas, but he cannot be seen as a quisling of Jerusalem. All in all, Hamas is in much better shape than it was when its leaders reluctantly sought a lifeline from Abbas and the PA.

Empowering Abbas sounds very neat and clean, but it may very well be too late to help him. Over the last decade the combination of American and Israeli political pressure, missteps, and disingenuousness have consistently left the Palestinian president in a bind, forced to take part in negotiations that he and his advisors knew would never go anywhere, and then hung out to dry when they failed. Anything that might truly help Abbas — releasing prisoners, stopping new settlement construction, demonstrating flexibility on the Jordan Valley — are steps the Israeli government seems manifestly unprepared to do whether for ideological reasons or because the politics are too hard. Under these circumstances, it is impossible to empower Abbas and as the Egyptians predicted long ago, he will succumb to Hamas, which even if its ability to fire rockets is destroyed, is armed with a potent political narrative.

About the Author
Steven A. Cook is the Hasib J. Sabbagh Senior Fellow for Middle Eastern Studies at the Council on Foreign Relations. He is the author of “The Struggle for Egypt: From Nasser to Tahrir Square” (Oxford University Press).
Comments