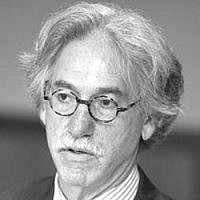 The Blogs
Stephen Davis
Apply for a Blog
Please note that the posts on The Blogs are contributed by third parties. The opinions, facts and any media content in them are presented solely by the authors, and neither The Times of Israel nor its partners assume any responsibility for them. Please contact us in case of abuse. In case of abuse,
Report this post.

Scarlett Johansson’s decision to stick with SodaStream over Oxfam has driven the BDS issue to global front pages. Debate has largely centered on whether boycotts unfairly single out Israel and are therefore immoral, even anti Semitic. But there is an equally important question: Would they work? And for that we have surprising lessons from apartheid South Africa.

Prime Minister Benyamin Netanyahu claims that “no pressure will cause me to concede the vital interests of the State of Israel.” Moreover, Israeli business is booming thanks in part to a mix of entrepreneurial energy and high technology. It is hard to imagine this ‘Silicon Wadi’ being vulnerable to a fringe embargo movement. If sanctions pressure grows, perhaps following a collapse of peace negotiations, costs could be much higher, as Finance Minister Yair Lapid predicted last month. But money may be the wrong place to look for impact.

South Africa under apartheid boasted a formidable economy, too. In fact, the strongest case against sanctions in the 1980s was that trade restrictions, corporate pullouts and investor disinvestment would hardly be noticed. In numerical terms that proved accurate: by one estimate, the sanctions price tag amounted to a slight 0.5% of GNP. For a time the Johannesburg stock market even plumbed highs as South African companies paid fire-sale amounts to capture the assets of foreign corporations headed for the exits. Canny officials and executives found ways around the embargo.

But even as the apartheid economy largely waived off sanctions, international pressure proved potent where few were able to track it: in political attitudes. The most comprehensive opinion study was conducted in South Africa in 1989 by the impartial, Washington, DC-based Investor Responsibility Research Center. I helped direct a multinational team that mounted a scientific survey of more than 1,600 whites. We coupled that with focus groups—then a new political research tool in South Africa—in Johannesburg, Cape Town and Durban; and we watched from behind one-way mirrors as participants engaged in frank conversations about their reactions to sanctions.

What we found was striking: the more whites felt vulnerable to sanctions, as minor as they were, the more they were willing to compromise to get rid of them. Just 9% in the survey said that there should be “no compromise because this would be regarded as a weakness that would be exploited.” The rest were prepared to make concessions of some kind. Sanctions with the biggest bite were the smallest in pocketbook terms: the international sports boycott, for instance, or visa restrictions. These were blows to whites’ self image as part of a global community. The psychological impact of being labeled a pariah proved powerful. Just one year after the survey, the political environment had shifted enough that President F.W. de Klerk could release Nelson Mandela into a peaceful transition to democracy.

Israel and South Africa are different stories, of course. For one, Mandela’s African National Congress never embraced terrorism, though it did have a guerilla sabotage campaign. Palestinians, by contrast, have had a history of targeting civilians in hijackings, suicide bombings and the like. Second, the ANC was never anti-white even as it fought against apartheid, while some of Israel’s enemies have called for driving the Jews to the sea. The Palestinian Authority has a darker legacy to shed in winning Israeli acceptance than the ANC ever had.

There is another difference: in rebuffing the threat of sanctions, Netanyahu can tap a deep, historic reservoir of justified Jewish anxiety about persecution. But Israel is now more highly networked to the world economy than ever. Each day El Al aircraft are filled with business executives and others jetting back and forth across the Mediterranean and Atlantic. More Israelis are feeling like citizens of the world. Will they be prepared to turn inward again in the face of boycott? Attitude surveys from South Africa suggest that there are limits to the kind of ‘resistance at any price’ that Netanyahu evokes. The best way to avoid testing those limits is, of course, a constructive peace process.