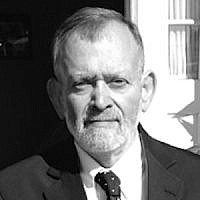 The Blogs
Paul Emmett
Apply for a Blog
Advertisement
Please note that the posts on The Blogs are contributed by third parties. The opinions, facts and any media content in them are presented solely by the authors, and neither The Times of Israel nor its partners assume any responsibility for them. Please contact us in case of abuse. In case of abuse,
Report this post.

Today, debates about Israel and the Palestinians often confuse and insult participants and observers rather than inform and clarify issues. If discourse is ethical, we can refuse to participate. There is a way to evaluate whether or not discourse is ethical, collaborative and coherent or unethical, incoherent and irrational.

I have, over the years, become increasingly frustrated at the poor level of discourse that pervades our interactions.  It often resembles Shakespeare’s “Tale told by an idiot, full of sound and fury and signifying nothing”.  I will attempt to explain just what is wrong and what to do about it.

In the context of the recent Gaza campaign, when I asserted that Israel had a right to defend itself like any other country, I was often challenged with a response like, “Oh, you’re in favor of killing innocent babies?”  I am often angered by this kind of response, and I would like to offer the following reason:  It is unethical.

There is an ethics of discourse.  There are many proposed standards, but it seems to me that ethical discourse, by any such standard, is collaborative in nature.

The modern proponent of discourse ethics is Jürgen Habermas, the German critical thinker who proposed that ethical discourse is rational.  He presupposes that a norm is valid when it has achieved some sort of consensus or intersubjectivity, once again, a collaborative concept.  As a philosopher, he attempts to base his conclusions on a complex system of thought.

Another, more simple but consistent ethics of discourse was put forth by linguistic philosopher, H. Paul Grice.  The Gricean ethics consist of four  simple maxims, all governed by a principle of cooperation: “Make your contribution such as it is required, at the stage at which it occurs, by the accepted purpose or direction of the talk exchange in which you are engaged” (Grice, 1968).

The Maxims of Gricean discourse ethics are (I paraphrase)

Only provide the information needed to make your argument

Do not over inform.

Do not say what you know to be false

Do not say that for which you have inadequate evidence

Using rhetorical fallacies has become so commonplace that it hardly is ever confronted.  Some common offenders are, straw man arguments, (misrepresenting the other side’s argument), argumentum ad populum (most people agree…) and others.  Fallacies are invalid inferences and violate the maxims of both quality and relation:  they arrive at false conclusions and introduce non-sequiturs.

I have called highly educated people to task for using fallacious reasoning to back up an emotionally held conclusion, and to my surprise, they are unswayed by reason.  They have lost a sense of ethics in discourse, which has become a shouting contest all too often.

To make matters more interesting, psychologists Mary Main and Erik Hesse discovered a relationship between ethical discourse and mental health. The quality of the narratives of secure individuals is coherence.

Unethical discourse is incoherent, fallacious and divisive.  It does not promote the discovery of truth, nor agreement among people.  It does provoke frustration and anger, at least in me.

I believe it is one of the reasons our world is so crazy.  We have lost any sense of obligation to speak ethically, creating a sort of Tower of Babel. Much of what passes for debate today more resembles the old Monty Python “Argument” skit.  (If you haven’t seen it you can watch it on YouTube)

To return to my original example:

A: “Israel has a right to defend itself”

B: “So you are in favor of killing innocent babies”

A never said it was OK to kill babies. This confound is both irrelevant and ambiguous. It is a straw man argument and arrives at a false conclusion, attributing to A an unacceptable moral position.  . It ignores A’s assertion that Israel has a right to defend itself, without ever addressing the validity of A’s statement which should be the basis of the subsequent debate. This is dismissive, instead of collaborative.

The  trap for A is to respond to B by saying something like: “The IDF has gone to extraordinary lengths not to kill babies, whereas Hamas has gone to great lengths to see that they did or promote that perception around the world”, thus allowing B to deflect the discourse away from A’s statement by responding with a non-sequitur.

There are good responses, in my opinion.  For example, A can instead respond “You are not addressing my statement that Israel has a right to defend itself, I am not going to engage the issue of civilian casualties until you respond to my statement.”

I have personally, at the risk of seeming pedantic, taken the approach of confronting the person with the illogic of their argument and the unethical nature of their discourse.  Unfortunately, too few people have enough education to understand the rules of basic inference, but I try anyway.  A good foundation in high school of Euclidean geometry might help. A news media which stopped the shouting matches, labeling and name calling and engaged in ethical discourse would set an example, providing standards and changing the atmosphere in the world culture.

They say that when a person is drowning it is not time for a swimming lesson.  However, I will not further engage the other speaker in debate until we have agreed on a set of ground rules.  I might ask the speaker if they are really interested in exchanging ideas to arrive at a consensus, or simply to push an unshakeable agenda. Otherwise to continue is a pointless waste of time and energy.  Even a disagreement must be collaborative in order to ever arrive at a consensus by reason.

About the Author
Paul Emmett is former president of the New Orleans Society of Clinical Hypnosis (NOSCH) and specializes in the treatment of trauma, aggressive behavior and addiction.
Comments