The Blogs
Daniela Fubini
An Italian in the South of Israel
Apply for a Blog
Advertisement
Please note that the posts on The Blogs are contributed by third parties. The opinions, facts and any media content in them are presented solely by the authors, and neither The Times of Israel nor its partners assume any responsibility for them. Please contact us in case of abuse. In case of abuse,
Report this post. 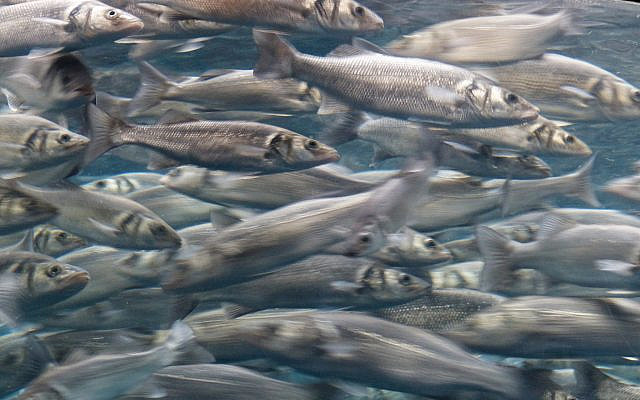 Many all around the world are aware by now of the new movement started in Italy only a few weeks ago, spreading even beyond the Italian borders: the “Sardines”. The cute snobbery of  funny names is not new in Italy: we had “la cosa” (“the thing”) when the local democrats were not quite sure how to call a new party in the making. We had “the purple people”, an even less exciting definition for a popular movement, when it became necessary to take the streets with a colour coding not reminding of any of the then existing parties, and shout out loud that Mr. Berlusconi, accused of bribery and other crimes including collusion with the mafia, should finally resign. Many other odd names were given to grassroots movements not strictly connected to one political party or another, but “sardines” seemed the least likely to stick. Well, it is sticking, at least for now. Evidently, the call to citizens to come out of their homes in the depth of winter, rain or shine, despite the snow or wind, and squeeze themselves in crowded spaces (the crowdiest the better for the organizers, hence the name “sardines”), is being answered. The sardines fill large squares or piazzas, hold short speeches about inclusion and against racism from a stage and at some point the well known tune of “Bella Ciao” resonates. Stop right there: why “Bella Ciao”? Is it because of the Netflix series “La casa de papel”?

See, I was born in the city of Turin, north of Italy, Gold Medal of the resistance to the Nazi-fascists. I was brought up immersed in the values of democracy, separation of state and church (any state, any church), an adamant anti-fascism and the deepest, almost religious respect and love for the resistance, conveyed also through singalongs of the partisans songs which we kids knew all by heart. Plaques on the city walls in Turin speak the names of the partisans who fell to snipers or in direct confrontations during the terrible nineteen months between the fall of the Fascism and the end of the war. The fallen belonged to the most diverse ideologies: Catholics, Liberals, Socialists and Communists, and add to them the Jews who really didn’t need to endorse any party in order to be anti-fascist and join the perils of the brigades when the Nazis took over. One of the many songs that groups of Italian partisans sang to keep up the spirits in those long months of hiding and fighting, up in the mountains or out in the country, was indeed “Bella Ciao”. Not everywhere, though: each local group composed its own hymn, sang its own version of known tunes changing the words as they pleased. And as far as I know, until Balkan musician Goran Bregovic adopted it in a powerful concert version, and brought it out to shine, “Bella Ciao” was rarely sung even in political happenings of the left. It is after all a dreadfully sad song where a young man tells his beloved that he joins the partisans and that if he will die she should bury him under a flower, so that people passing by will see a beautiful flower and will remember those who lost their own lives to ensure they live free. Not exactly a light ballade.

Back to the crowded piazzas and the sardines: whatever the relation with the Netflix blockbuster series, it looks like this is an Italian connection after all, but they sing ‘’Bella Ciao” not so much to honour or remember the Italian resistance, rather to express a sense of urgency. If World War Two partisans actively contributed to saving Italy from the nazi-fascists, the new movement strives to save Italy from the far-right that raised to power on the wings of the Northern League party. Not quite the same level of present danger, and yet, a danger perceived as immediate and, what matters here, still avoidable. The grassroots, cross-generational movement bearing a vague “no to racism, yes to inclusion” message will need soon to express clear goals and alas, become more political. And it will need to show that being inclusive and not racists means also to regard antisemitism as a particular stream of racism, and avoid embarrassing confusions on the issue of anti-Zionism. Signals coming in the last days unfortunately don’t impress for clarity and maturity. But for now, piazzas are crowded like tinned sardines and you can hear them sing a sad, old war song. All of which is weird enough to make perfectly sense: it is Italy we are talking about.

About the Author
In Israel since 2008, Daniela grew up in the north of Italy and lived in New York before making her Aliyah. After ten years in Tel Aviv, moved to the Ashkelon area where she lives today in a moshav surrounded by green hills.
Comments