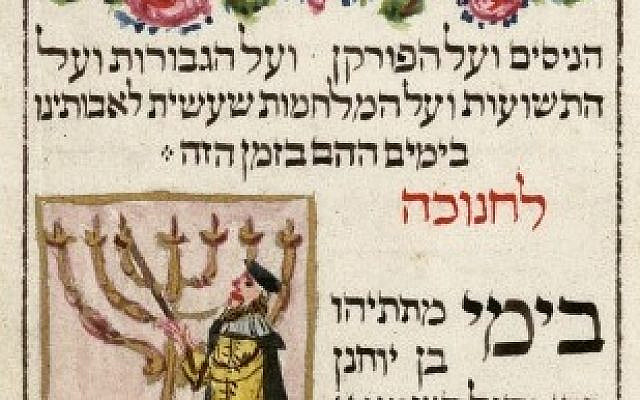 During the eight days of Chanukah we recite the Al HaNissim prayer, which thanks G-d for His miraculous role in bringing salvation to our forefathers in the times of old. In that prayer we refer to the “salvation” as both a purkan and a teshua. Another common term that refers to “being saved” is hatzalah. In this week’s essay we seek out the etymologies of these three terms for “salvation” in an attempt to better understand in what ways they differ from one another.

The word purkan is the standard Targumic Aramaic form of the Hebrew word pidyon. The word pidyon, in turn, refers to the aspect of the salvation that is best translated as “redemption,” by which G-d “bought us back” from the Greeks after having “sold us” to them by allowing them to rule over us. When He saved the Jews in the story of Chanukah, it was as if He redeemed them after they had been sold to another. Although the Rabbis tend to conform to Biblical Hebrew in the phraseology of the prayers that they formulate, here they used the word purkan because the root PEH-REISH-KUF already appears in the Bible in the context of “salvation” (see Lam. 5:8 and Ps. 136:24). In Biblical Hebrew that root also means to “slip something off” (porek) — which is an apt description of how the Jews in the story of Chanukah shook off the yoke of Syrian-Greek domination and asserted their own political independence.

Given the association of purkan with financial transactions, Rabbi Yitzchak Eliyahu Landau of Dubno (1801-1876) explains that in the context of Al HaNissim it refers to G-d’s deliverance of the Jews from the hands of financial ruin. 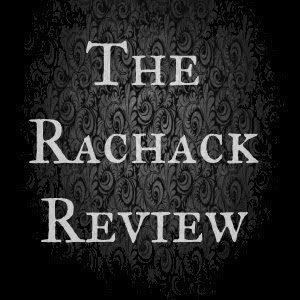 Visit the Rachack Review for the latest reviews of Jewish Books.

In contrast to this, the term teshuot, or yeshuot, refers to a different aspect of the “salvation.” These words are related to the idea of “crying out,” so they refer specifically to the aspect of the redemption that was a Divine reaction to our prayers and efforts. Rabbi Samson Raphael Hirsch (to Ex. 14:13) suggests that the verb shaavah (“crying out”) refers to the act of yearning for a teshua. Meaning, unlike other words for crying out (see “For Crying Out Loud,” February 2016) that might simply denote verbalizations of one’s suffering, shaavah is an unmistakable cry for “salvation” — a sort of prayer, as opposed to a complaint.

Rabbi Shlomo Pappenheim of Brelsau (1740-1814) sees SHIN-AYIN as the root of both yeshua/teshua and shaavah, explaining that at its core this root denotes “enjoyment” or “pleasure.” Other words derived from this root include sha’ashua (“playful” or “delightful”), mishan (“leaning/relying,” in reference to the state of enjoyment and satisfaction that one achieves when one is “supported” by another), sha’ah (“hour,” i.e. a unit of time that a person dedicates to a specific task he wants to do). Alternatively, we may posit that the core meaning of SHIN-AYIN is “smoothness” (see “Smooth Sliding & Glad Gliding,” November 2019), and in this context recalls the uninterrupted, smooth transition from prayer to salvation.

The Talmud (Bava Kama 80a) mentions a ceremony called Yeshua HaBen, but offers no clarification as to what this term refers. Sefer HaAruch and Rashi explain that this expression refers to the festive meal of a Pidyon HaBen (“redeeming of the [firstborn] son”), adducing this understanding from the fact that cognates of the Biblical Hebrew word yeshua and cognates of the Biblical Hebrew pidyon are both translated into Aramaic by the various Targumim as words related to purkan (see also Tosafot to Bava Kama 80a).

Rabbi Hirsch actually proposes an etymological difference between the words yeshua and teshua. He explains that yeshua derives from the root YOD-SHIN-AYIN, which he sees as related to YOD-SHIN-HEY (through the interchangeability of AYIN and HEY) and ultimately to the biliteral root YOD-SHIN, which means “has,” “is” or “exists.” Accordingly, he explains that yeshua refers to the first-order existence that G-d grants a person. When someone is faced with an existential danger that threatens the very possibility of his continued existence and G-d saves him from this situation, that sort of salvation is referred to as a yeshua.

On the other hand, the term teshua derives from the root SHIN-VAV-AYIN (“crying out”), which Rabbi Hirsch sees as related to the roots SHIN-BET-AYIN (“seven”) and SHIN-PEH-AYIN (“influence,” “influx”), via the interchangeability of VAV, BET, and PEH. Rabbi Hirsch explains that this set of etymological roots do not refer directly to one’s core existence, but to matters considered to be somewhat periphery to that, like one’s material property. Based on this, he explains that teshua does not refer to being saved from something that threatened one’s very existence, but to something that threatened one’s economic freedom. Consequently, Rabbi Hirsch argues that the term teshua often refers to “salvation” that comes about through military victory, meaning a win that defeats those outside conquers who threaten one’s freedoms.

The Peirush HaRokeach explains that yeshua/teshua implies total and utter salvation from a state of oppression and subjugation, while the term hatzalah refers to only a partial or temporary respite from the oppressive situation, but not a total release. The Malbim (to Jer. 15:20) adds that the term hatzalah focuses on the element of salvation that releases a person from mortal danger. Perhaps it is because of this implication that the term Hatzolah is used for the paramedic volunteer organizations that have sprung up in places with sizeable Jewish populations.

Rabbi Yechiel Michel Heilpern (1660-1742) and Rabbi Chanoch Zundel of Bialystok (d. 1867) explain that while hatzalah can refer to being “saved” from any sort of threat, the terms yeshua/teshua refer to salvation from a particularly grave threat, such as murder or crimes of a sexual nature (see Deut. 22:27). This is why the Midrash (Shemot Rabbah 1:32) assumes that when the Bible reports that Moses “saved” (vayoshian) Yitro’s daughters from the local shepherds (Ex. 2:17), the latter must have had some machinations to commit sexual crimes against those damsels. The Malbim further argues that yeshua refers to mere “salvation” from a dire situation, while hatzalah implies being “saved” from the situation, plus being “protected” from future troubles. 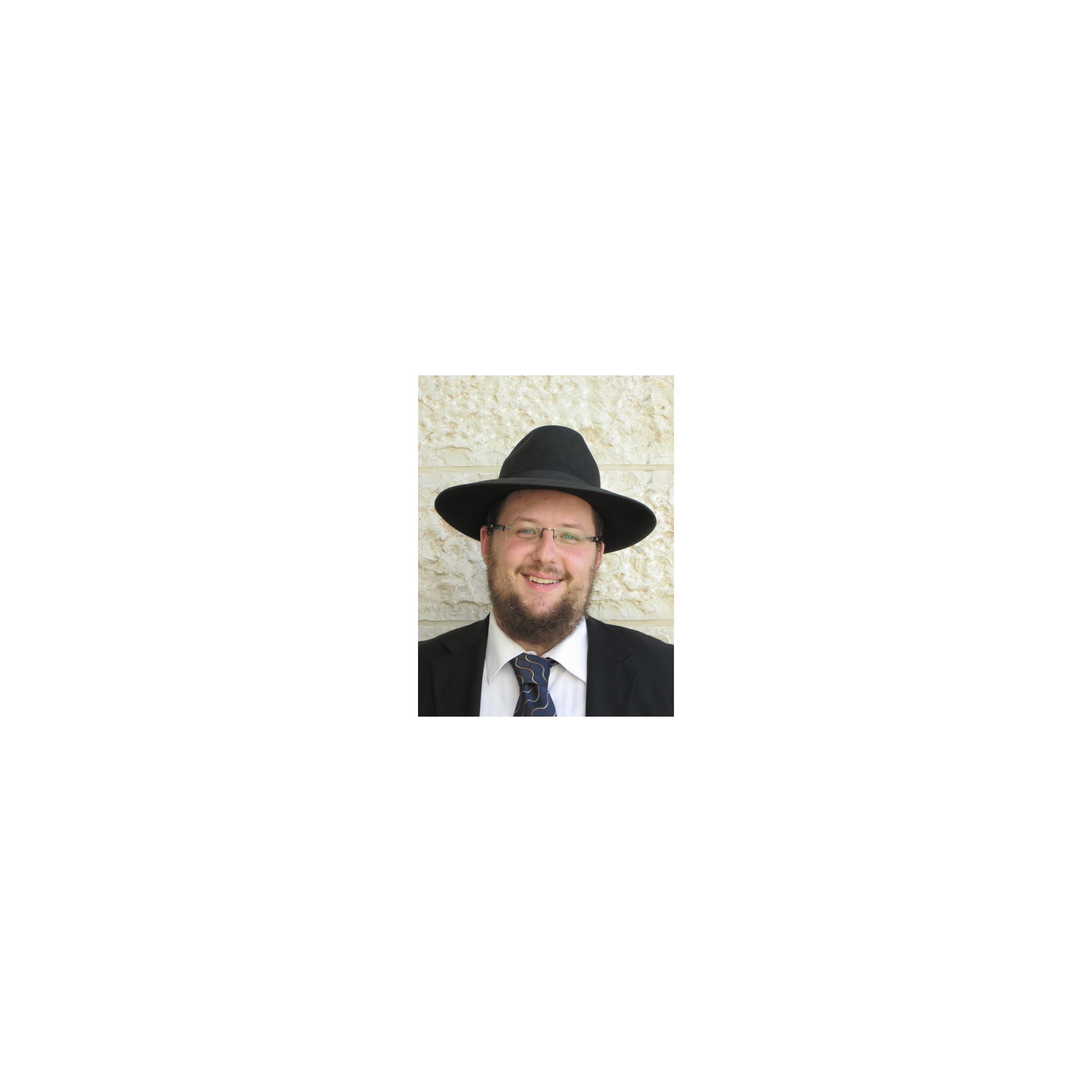 To find out more about Rabbi Reuven Chaim Klein’s works, check out his Amazon Author page.

Rabbi Pappenheim traces the word hatzalah to the biliteral root TZADI-LAMMED, which he defines as “separation for a constructive purpose.” In the sense of “saving” somebody, hatzalah refers to extricating, or separating, a person from a perilous situation. Other words derived from this biliteral root include tzel (“shadow,” which appears as though it separates from one’s person), tzli (“roasting,” which uses heat to extricating the moisture from within an uncooked food), atzal (“bestowal,” e.g., when one blesses another).

Similarly, Rabbi Hirsch (to Ex. 3:22, Deut. 32:2) understands the root of hatzalah to be NUN-TZADI-LAMMED, which he connects to the roots NUN-SHIN-LAMMED (“remove”) and NUN-ZAYIN-LAMMED (“flow away”) by explaining that hatzalah refers to saving somebody by “removing” him or her from a hazardous situation and “separating” them from what which endangers them. Interestingly, while Radak connects the “saving” and “removing” meanings of NUN-TZADI-LAMMED, Ibn Janach fails to see a thematic connection between these two concepts and considers them two different meanings denoted by the same root.

In short: Purkan focuses on the redeeming aspect of “salvation,” as though G-d bought us back after having proverbially sold us; teshua focuses on the idea that “salvation” is a response to our prayers for help; and hatzalah refers to “salvation” as the means of separating us from a dangerous position.