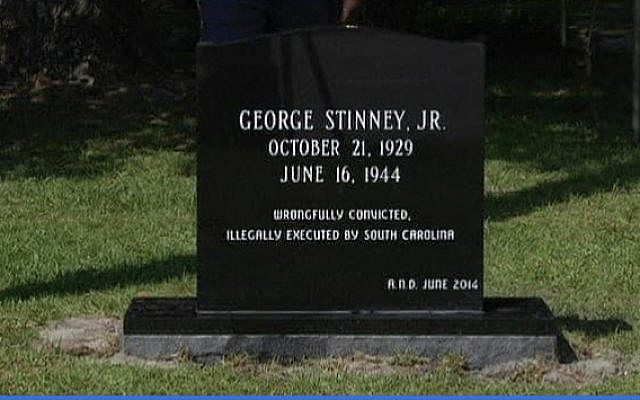 The grave of George Stinney, Jr., a boy executed in 1944 and exonerated in 2014. South Carolina recently has added the firing squad to its approved methods of executions. How many more innocent deaths will it take? (Source: South Carolina Department of Archives and History)

(This essay was first published on the Death Penalty Action blog.) 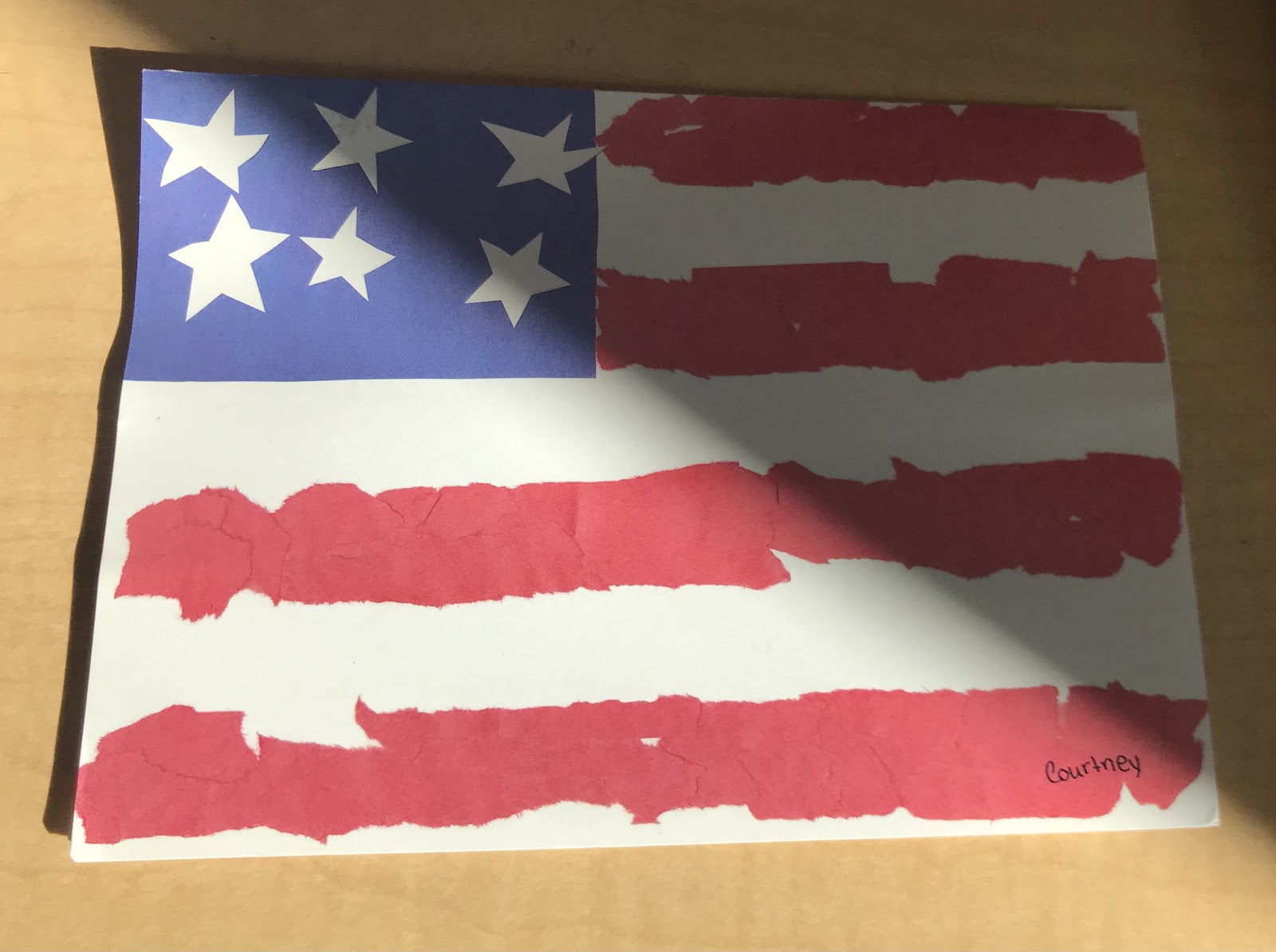 Photo Credit: A picture of the cover of a card that an innocent woman on Texas Death Row sent to the author. The photo is from MD Anderson Cancer Center, Children’s Art Project, attributed to “Courtney,” Age 13, Oakwood, TX. (Flag 112514.) See www.childrensart.org for purchase.

The spirit of America is dying; her soul, nearly extinguished. Whether you sit on the right, left or center of the political divide, your place on the wall of American democracy is crumbling. Why? Here is the Truth, spoken to any Power that will listen: any society that murders its own innocent people cannot stand…and America is doing just this.

These two horrific facts align with the percentage of individuals with whom I have been in communication on various death rows throughout the country. I am an ordained Jewish clergyperson, a board certified chaplain and a former prison chaplain who works now as a multifaith hospital chaplain. I also regularly provide multi-faith spiritual support through phone calls and correspondence to individuals in line for death on behalf of our group “L’chaim! Jews Against the Death Penalty.” By my estimation, about one in every nine of my roughly fifty death row contacts is in fact innocent. Some of these innocent individuals already have been murdered by various states and on federal death row. Others await their murders. I will go to my grave maintaining that these individuals were and are in fact innocent of their crimes. Our system has failed them in the most horrific way possible by wrongfully convicting them and murdering them. If you think it cannot happen, then please see this list of “Executed But Possibly Innocent.” https://deathpenaltyinfo.org/policy-issues/innocence/executed-but-possibly-innocent

We Americans desperately need a cause behind which to unite that does not involve declaring war. There are very few items upon which all Americans can rally for the undisputed betterment of this nation. So, when we find one that unites us, we must pursue it with all our heart, all our soul and all our might. Abolishing the death penalty in this country is the first among these issues. All reasonable people agree that fully-formed human beings who are innocent of capital crimes should not be murdered by their governments. I have yet to meet a human being who feels otherwise. And yet, this continues to happen in this country.

The state murder of one innocent person is one too many. It matters not what you think about the death penalty for the guilty. If the system cannot work to kill those who are actually guilty of capital crimes, the system must be abolished. There are no second chances here. The best way to honor the innocent men and women that the state has murdered is to eliminate the system that murdered them. This is the only “eye for an eye” that is morally and ethically acceptable. The 70% of the nations of the world that have abolished the death penalty already have realized this.

My Jewish tradition teaches the following: “Whoever destroys a life, it is considered as if he destroyed an entire world. And whoever saves a life, it is considered as if he saved an entire world.” – Talmud (Jewish Oral Law), Mishnah Sanhedrin 4:5 Holocuast survivor Elie Wiesel echoed this sentiment in his famous quote on capital punishment: “Death is not the answer.” https://deathpenaltyinfo.org/news/new-voices-elie-wiesel-speaks-about-the-death-penalty Many spiritual and ethical traditions advocate a similar focus on the sanctity of life, particularly of innocent life. Most spiritual traditions the world over also teach some version of the idea that we are all connected and created in a Divine Image. By murdering one of our own, we are effectively killing ourselves…and killing GOD. To quote one example from Chief Seattle of the Duwamish and Suquamish, after whom the city of Seattle is named: “This we know: the earth does not belong to man, man belongs to the earth. All things are connected like the blood that unites us all. Man did not weave the web of life, he is merely a strand in it. Whatever he does to the web, he does to himself.”

For those not spiritually inclined, self-preservation might also be an appropriate motivation. For if even the innocent among us are potential victims, then so is each of us. We are reminded of the sage words of Rev. Martin Niemöller (1892–1984):

First they came for the socialists, and I did not speak out—because I was not a socialist.

Then they came for the Jews, and I did not speak out—because I was not a Jew. 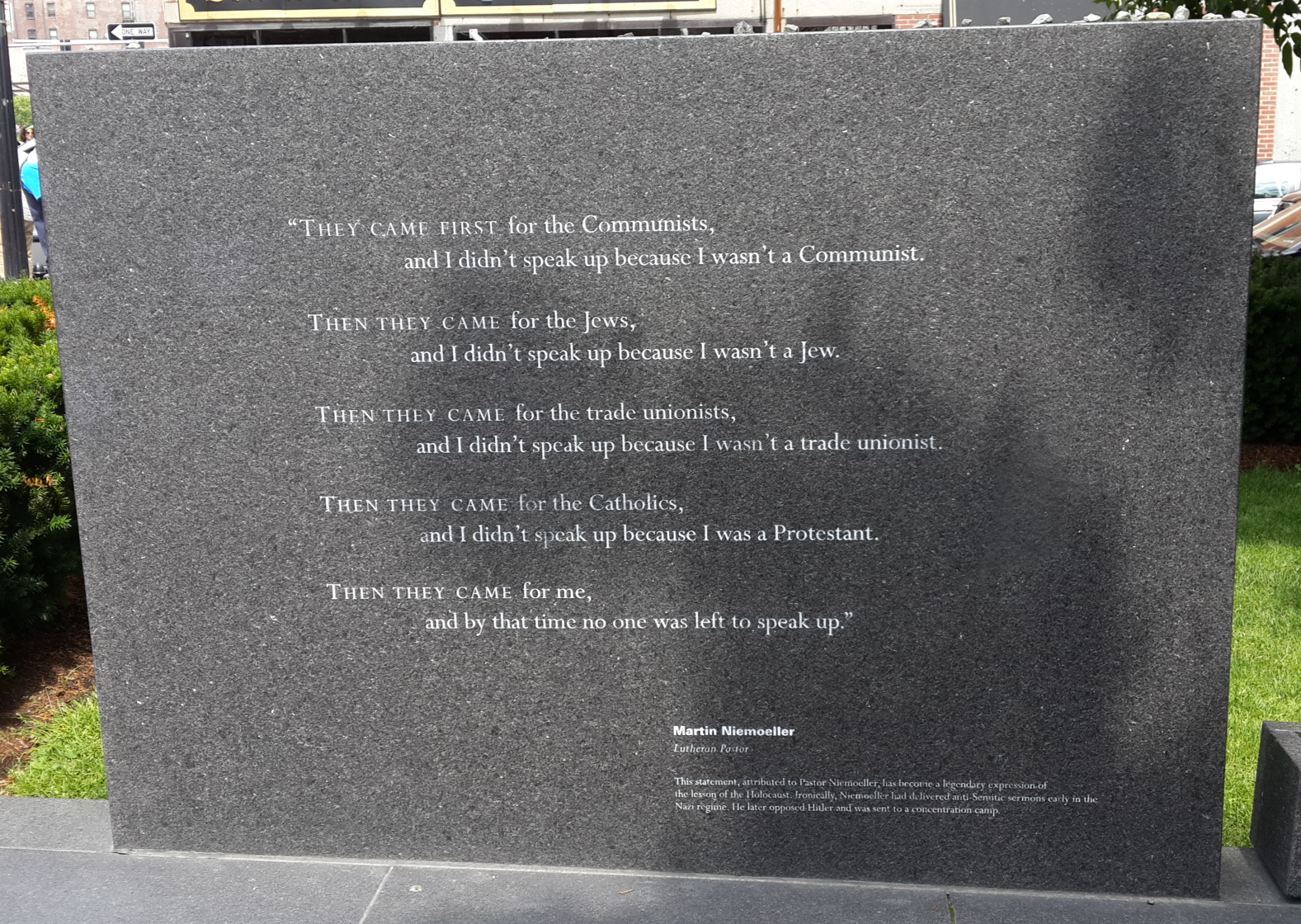 The only way to save the lives of the innocent individuals who are on death rows now and who most certainly will be in the future is to eliminate the system that seeks to murder them.  For this reason alone, the death penalty is – to use the Pope’s word – inadmissible in any justice system. Only when we completely remove from the table the possibility of murdering innocents can we even begin to talk about how best to build a system of restorative justice for those who are actually guilty. Otherwise, the conversation is entirely moot and grossly inappropriate, as it would enable the ongoing murder of innocents. The rabbis of the Talmud knew this truth: they realized that it was impossible for human beings who are fallible to always get it right. For this reason, they effectively legislated the death penalty out of existence. We don’t all have to be Jewish, but we would do well to follow the example of these Sages here!

The spirit of this country cannot begin to flourish in any way when our nation is murdering innocent people. We cannot move forward morally and ethically until this stops. America cannot thrive with the continued state-sponsored murdering of innocents on her conscience. Indeed: abolition of the death penalty once and for all must be the first step toward saving the soul of this country. What are we waiting for? The time is NOW! 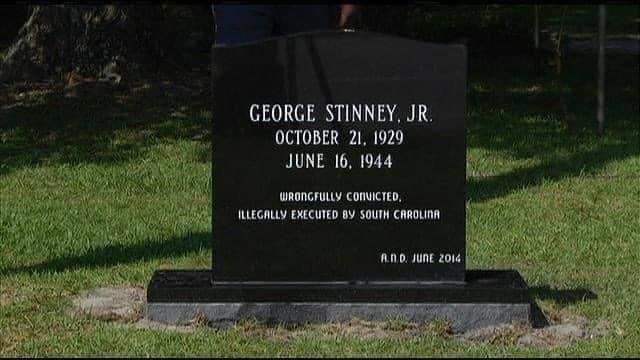 Above: The grave of George Stinney, Jr., a boy executed in 1944 and exonerated in 2014. South Carolina recently has added the firing squad to its approved methods of executions. How many more innocent deaths will it take? (Source: South Carolina Department of Archives and History) 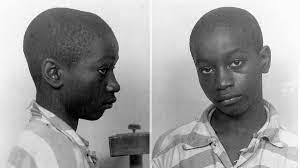