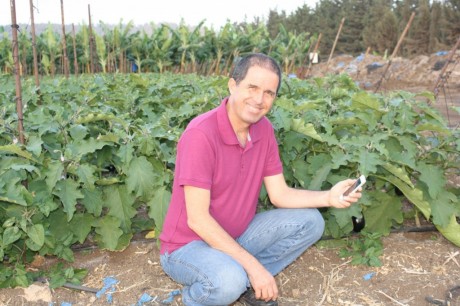 ‘We need to grow more food with less water,’ says Isaac Bentwich, CEO of CropX, an Israeli agricultural analytics company that is applying their know-how to the problem by improving the irrigation systems that farmers already have.

‘Land is not even and uniform,’ explains Bentwich. ‘And yet farmland is irrigated uniformly.’ Some swathes of land are left swamped, while others are left dehydrated. This method of undifferentiated irrigation not only yields smaller harvests, but can lead to chemical runoffs that threaten aquatic life and the quality of drinking water.

CropX has developed a solution using wireless soil sensors (pictured below), which measure the physical differences within a given field: elevation, temperature, shade, sun exposure, and chemical content affect the uniformity of water absorption.

Guided by CropX’s mobile app, farmers know exactly where to place the battery-powered sensors that can last up to four years. The company’s patent-pending software then continuously monitors the soil to produce daily differentiated irrigation maps, which farmers can deploy directly to their irrigators. 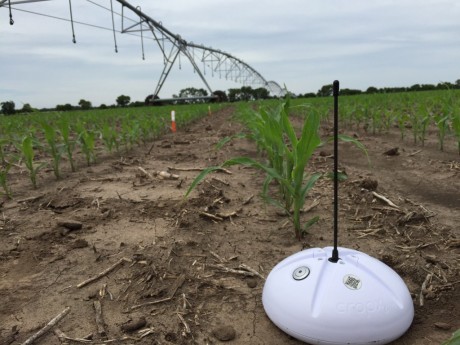 A CropX Sensor next to a pivot irrigation system. (Credit: CropX)

Using CropX software, farmers can reduce their water consumption by 25 percent – an achievement that has garnered the support of Finistere Ventures, the leading investor in agriculture technology, as well as Eric Schmidt’s personal fund, Innovation Endeavors. GreenSoil and OurCrowd also participated in the Series A fundraising round that closed in June at $9 million.

For decades, farmers have been operating on razor thin margins. Technology has helped them improve their returns, but they can be slow adopters when it comes to irrigation. And it’s not because farmers are tech averse, Bentwich stresses. It simply a question of sunken costs.

Only four percent of irrigated farms use the Israeli-invented drip irrigation system, even though it improves yields and reduces costs, says Bentwich. Meanwhile, 85 percent of irrigated farms use pivot irrigation – those mounted sprinklers that wheel around on large metal trusses (pictured above). Large farms, upwards of 2,000 acres, that have already invested heavily in their infrastructure have little incentive to switch. 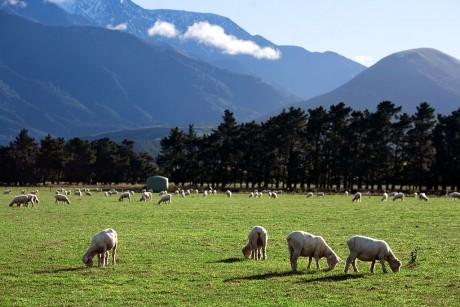 Bentwich, a doctor by training and entrepreneur by profession, began to understand this problem when he and his family were on a world tour and decided to stop in New Zealand for two and half years. The country’s abundant water resources and strong agricultural industry, particularly in pastoral farming, has led Kiwi engineers to develop irrigation systems that can distribute water to farms and grazing stations sometimes as large as 50,000 acres (200 square kilometers). Rather than replace these legacy large field irrigation systems, Bentwich thought he could make existing ones smarter with a bit of software.

Previously, Bentwich founded the molecular diagnostics company Rosetta Genomics, and before that he designed an electronic medical records system that was sold to a firm that is now part of the Fortune 500 company McKesson. Since entering the agricultural space, Bentwich has come to understand that farmers are like doctors: ‘They work under stress with complex data sets. They believe they know their turf better than anyone, and usually they are right.’ Thus, if a technology is not ‘simple, inexpensive, and without risk, they won’t use it.’

With that in mind, CropX designed ‘the first automated do-it-yourself irrigation system aimed at the mass market,’ says Bentwich, referring to the low price point (between $4 and $18 per acre) and the three tiers of service that offer progressively more sophisticated maps and irrigation capabilities. Savings to farmers are at least three times the cost of using CropX, and the benefits are reaped within the first harvest.

For the world’s population, the savings are just beginning to be realised. According to the World Bank, the global population will increase to 9 billion people by 2050, and in order to feed everyone, the world’s farms will need to produce at least 50 percent more food than they currently do. That challenge is compounded by climate change, which could reduce crop output by 25 percent during the same period. Another study goes further to suggest that if the global food supply remains unchanged, the world will effectively run out of food by 2040. 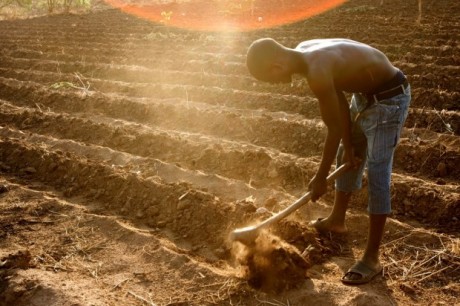 Could we run out of food? (Credit: Stephen Morrison/AusAID)

Climate change, population growth, food shortages – the need for sustainable farming has never been greater, and Silicon Valley heavyweights are applying their expertise to the problem that is creeping into their backyard. According to one report, $2.06 billion of venture capital has been invested in AgTech in the first half of 2015, and Google in different guises, has been especially active in the space. Google Ventures, the venture capital investment arm of Google Inc, led a $15 million round of fundraising for Farmers Business Network, a company that offers big-data analytics based on its farmer-to-farmer network. Meanwhile Innovation Endeavors, in addition to investing in CropX, last year launched Farm 2050, a collective that will support AgTech startups and enable farms to test new technologies with minimal risk. Other renowned investors including Khosla Ventures, Kleiner Perkins Caufield & Byers, and Y Combinator are supporting a handful of companies that are improving crop output, reducing resource waste, and transforming the 21st century farm.

‘100 years ago we saw the Haber-Bosch process enable fertilizer development. 50 years ago we saw the refrigerated truck facilitate the long-distance transport of perishables. And today we’re seeing the emergence of robotics and machine learning applied to agricultural practices,’ said Dror Berman, Managing Director at Innovation Endeavors.

The recent drought and subsequent wildfires in California have only heightened the Valley’s awareness of the AgTech sector. According to preliminary analysis, the drought has already led to economic losses of an estimated $2.7 billion, exceeding those from last year’s drought which cost the California economy an estimated $2.2 billion. 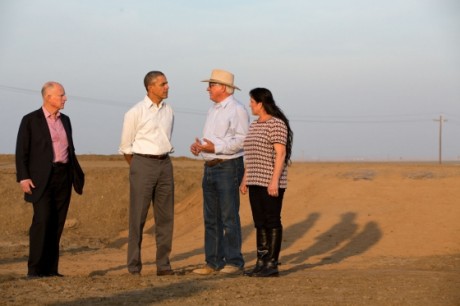 Despite the political tensions between the US and Israel, the two countries have cooperated extensively in the area of water conservation. Last year Prime Minister Benjamin Netanyahu and California Governor Jerry Brown signed a memorandum of understanding to jointly develop water conservation technology. ‘We in Israel don’t have a water problem,’ Prime Minister Netanyahu said when touring California. ‘We use technology to solve it, in recycling, in desalination, in deep drip irrigation and so on. And these technologies could be used by the state of California to eliminate its chronic drought problem.’ According to one source, Israel recycles 85% of its wastewater to irrigate crops and recharge aquifers, while California — America’s top agricultural producer — recycles only 5% of its wastewater.

Collaboration between Israel and the State of California runs even deeper now that the Israeli company IDE Technologies is building a desalination plant north of San Diego, the largest of its kind in the western hemisphere.

Given the current climate conditions, CropX could become the next company that California will rely on to resolve this year’s drought and prevent future ones. ‘We have the ability to help the US harness this technology,’ says Bentwich. ‘And that is very gratifying.’