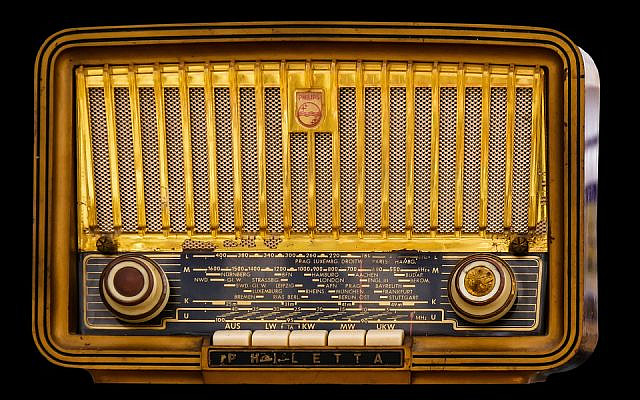 When I first arrived in Israel, in the early 1960s, there was no TV and only one radio programme. In England, the radio had played an important part in my and my family’s life, and one of my first thoughts when I had some time to myself was to listen to the radio for information and solace. My knowledge of Hebrew was minimal at best, but I enjoyed the Israeli songs and the occasional broadcasts in English for the immigrant population. One Shabbat morning my ear caught what I inferred was some kind of music quiz, and so one of the first words I learned in Hebrew was the word for composer (malkhin), and I gradually began to try to answer those questions I could understand (answers had to be sent in on a postcard). After several attempts I must have got it right, because a little while later an L.P. (long-playing) record arrived in the post.

With the passing years, the Israel radio became more diversified, catering to different audiences. Live performances of concerts by various Israeli orchestras were also broadcast. Whereas in the past the time allotted to classical music was limited to an hour or two a day, this gradually expanded, and one fine day Israel’s music-loving audience was treated to a programme dedicated solely to classical music. At first, the broadcasts ended at ten o’clock at night, but at a later stage this was extended to throughout the night (and eventually this segment was taken over by a computerized compilation of recordings).

Those were the days! The producers and announcers became household names, almost friends, whose tastes and interests coincided with my own, and also, presumably, with those of that segment of Israel’s population that enjoyed listening to classical music. We took it for granted that those knowledgeable people knew which performances were best suited for our daily consumption, and we found ourselves in the fortunate position of being surrounded by music at all times. I know that it is considered boorish to have music as a background to other activities, but in my particular case it was a godsend, enabling me to undertake my daily tasks at home and at the typewriter (and later computer) in a golden haze of glorious notes.

But then someone somewhere decided that change was needed. The much-loved Israel Broadcasting Association was disbanded (some say this was politically motivated), many of the familiar names and individuals vanished and a general shake-up of the tried and tested programming was introduced. Many new programmes were introduced, but it was a relief to find that the classical music programme could continue, albeit with set hours devoted to jazz and oriental music. Now the body in charge was called Kan.

Suddenly a few months ago a more radical change emerged. Instead of playing a whole symphony or concerto, only one movement or part of a concerto was broadcast. I know that this has been endemic in foreign radio programmes, but this was never done in Israel. The music-loving public reacted with rage and disbelief, and the readers’ letters section of the leading daily newspaper, Haaretz, was flooded with letters protesting the new policy, deriding it as ‘infantile,’ ‘an insult to one’s intelligence,’ and ‘a general dumbing-down’ of the programme which had become an institution for the listening public. In addition, new announcers were brought in, and these did not appear to be particularly knowledgeable about music, having difficulty pronouncing names and often displaying gross ignorance about the music being broadcast (and having a general tendency to talk about irrelevant subjects, such as the weather and traffic).

The authorities were not slow to react. Articles appeared in the paper denigrating the ‘elitism,’ obstinacy and ‘exclusivism’ of the irate listeners. It was even claimed that the listeners belonged to an older generation that was on its way out. But still the letters of protest continued to be published on an almost daily basis, indicating that someone on the editorial board of Haaretz was in agreement with the readers.

Some people, myself included, claimed that the idea behind the change was to attract new, possibly young, listeners, and so it was inevitable that the intellectual level of the programmes had to be toned down. I doubt that the desired result was achieved, and as yet no listener figures have been published. Meanwhile, it looks as if some kind of compromise has been reached, because from time to time we are treated to an actual whole performance of a symphony or concerto. Thank you very much, Kan.