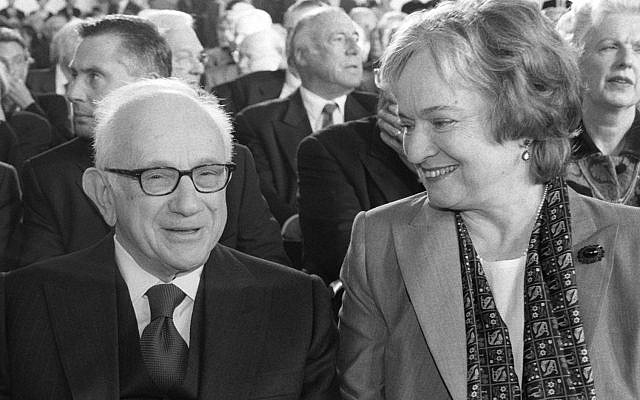 The two authors of the book, No Ordinary Men, arrive late to the event: a lecture they are giving at the Leo Baeck Institute in Manhattan on October 24, 2013. The host tells the audience they are stuck in traffic, a fact he deduces by their not answering their telephones. An audience has gathered in New York City to hear the two aging writers talk about their latest project. Slightly younger and larger in stature, Elisabeth Sifton escorts her spouse and colleague, Fritz Stern, to the venue by holding onto his arm as the two shuffle down the street.

The 87-year-old Fritz Stern is a short man whose petite frame causes him to slouch in his chair as he lectures. The few strands of grey hair on his head are unkempt and stick straight up. He leans on his cane even as he sits upon the stage in the wooden paneled auditorium. “This little book” Fritz Stern says holding a copy of his new creation “came as the result of my coming to a certain realization—”

“The whole thing started with a phone call from Robert Silvers, the editor of the New York Review of Books,” Elisabeth Sifton tells the audience. Silvers told Sifton, “I’d like to ask you and Fritz something. I’d like you to review some books about Bonhoeffer,” she said. “It made sense to pair us for the task.”

The new book, No Ordinary Men, by the legendary editor and publishing industry mogul, Elisabeth Sifton and former Columbia University provost and refugee from Nazi Germany, Fritz Stern, explores the lives of two German gentiles and their company who risked and  gave their lives fighting against the Third Reich of Adolph Hitler. The story’s protagonists were inspired to preserve German Christianity over Hitler’s empire of German ethnic nationalism. No Ordinary Men focuses on the lives of Dietrich Bonhoeffer and his brother-in-law, Hans von Dohnanyi, two men who were not necessarily fighting for the freedom of Jewry, as much as the reputation of Christianity in Germany. 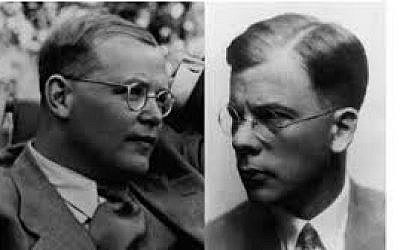 Dohnanyi was a lawyer in the Justice Ministry. Once a loyal German, he was also a member of the Wehrmacht counterintelligence unit. His three oldest sons had enlisted to fight in World War I in 1914, and one of his sons was killed on the battlefront. “The church raised Dietrich to the status of ‘saint’ of the German church, to make up for their behavior during the years between 1933 and 1943,” said Fritz Stern. Bonhoeffer’s war was often fought from the pulpit where he sought to undo the knot made in the Lutheran Church by Adolf Hitler. He assisted victims of the Nuremberg Laws by keeping record of Nazi crimes which would be used as prosecuting evidence at the inevitable end of the war. He kept these records in a little black book.

The two co-conspirators were arrested by the Gestapo in April 1943 and executed in April of 1945, right on the cusp of the victory of the allied forces. After Bonhoeffer’s death, his work Letters and Papers from Prison was published internationally. This work, well-read and researched over the years, is what inspired No Ordinary Men; however, Dr. Stern and Ms. Sifton culled their research from various other sources such as translating German texts and most importantly, the epistolary element of the 160-page book, in which these historical episodes are especially illuminated by letters from the Bonhoeffer and Dohnanyi estates which were until now, kept well hidden from the public eye. But it is really the result of Robert Silvers commissioning them to review books on Bonhoeffer. The book features remarkable photographs of Dr. Bonhoeffer and Dohnanyi’s families, documents such as letters and family portraits sent as postcards to Fritz Stern’s family.

As before mentioned, Dohnanyi and Bonhoeffer’s reasons for fighting Hitler were not the drive necessarily, to save the Jewish race from extinction or any other “subhuman” victims of the Third Reich, but to save Germany and to save German Christianity.  Their charge when Dohnanyi and Bonhoeffer went to Switzerland to petition them for assistance in battling the Third Reich was also an apology for the German church. They wanted to urge their European counterparts that “they should not accept Nazis as representatives of the Christian church,” said Fritz Stern, tapping his cane gently upon the stage.

According to the authors, not a blatant and violent anti-Semitism, but a frustration with certain upper-class German Jews was felt throughout the country, even by some Jews themselves. This of course began in the ‘20s, slightly before the commencement of the atrocities. However, on hearing the news of Hitler’s ethnic extermination plot, Dohnanyi and Bonhoeffer knew that the actions taken by the Hitler regime would be the cause of immense and long-lasting regret in Germany. To prevent this, they spent their days spying on the SS and recruiting help.

“The elite Bonhoeffer family was opposed to the Nazis from the very beginning…that goes back to the ’20s, not 1933,” said Fritz Stern. Stern is from a German Jewish family that converted to Christianity before the war. He came to the United States later to escape the regime. “The Jewish persecution came slightly later,” he said.

The Weimar’s Constitution bridged the church and state in Germany, and this is what influenced the theology of these men. Landeskirchen was the 400-year reign of the Lutheran church over the German state. The German Evangelical Church which sprung about in 1924 and created many resentments among Germany’s more orthodox Protestant population was seen as being too liberal and too modernized. An insult, if you will, to Germany’s theological legacy.

When Fritz Stern received a prize a few years back from the Leo Baeck Institute, which is devoted to the study of Jewish heritage in German speaking lands, he told his audience that Adolf Hitler viewed himself as “the instrument of providence” and that he mixed his “racial dogma with a Germanic Christianity.” According to a January 6, 2005, article in the New York Times, Stern told his audience, “Some people recognized the moral perils of mixing religion and politics…but many more were seduced by it. It was the pseudo-religious transfiguration of politics that largely ensured his success, notably in Protestant areas.”

It is this religious-cum-historical angle taken by Dr. Stern that gives No Ordinary Men its worth and uniqueness. With this in mind, Robert Silvers of the New York Review of Books, as above mentioned, commissioned the two erudite authors to complete the project for the periodical’s impressive publishing label. Stern’s family, like many others in that time and place were Jewish but had converted to Christianity at the end of the nineteenth century. The book, a thin volume, has also since been released to readers in Germany.

As Fritz Stern admits, there is not necessarily such a shortage of information about either of these historical figures, but now seemed like the time to organize a book review and publish rare documents from the archive.

About the Author
Scott Krane has been blogging for TOI since 2012. His writing has also appeared in The Atlantic, Tablet, Ha'aretz, The Jerusalem Post and the Daily Caller, among others. He has a degree in Judaic Studies and a Master's in English from Bar-Ilan University. He has learned at Macon Ha'Gavuah L'Torah in Israel and Hadar Ha'Torah Rabbinical Seminary in Brooklyn.
Related Topics
Related Posts
Comments