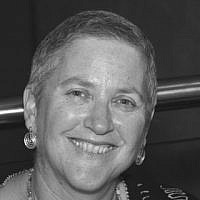 During my Year of Kaddish, there were several days that stood out in sharp relief, bringing extra meaning to the day. Today, the 10th of Tevet, is just such a day. This is the day the Jewish community commemorates the beginning of the destruction of the First Temple, back in the sixth century BCE, more than 2,600 years ago. While, the 10th of Tevet had been a fast day for almost 2,000 years, in 1951, in the aftermath of Holocaust, the chief rabbinate of Israel declared this date to be the Memorial Day, or yahrzeit for those who perished in the Shoah whose date of death is not known. On this day, now called the National Day of Kaddish, a special memorial prayer is recited in synagogues all over Israel for all those who perished in the Holocaust and memorial candles are lit. Relatives of those who were murdered by the Nazis recite kaddish, and it is a time to remember all of the terrible tragedies that befell the Jewish people throughout the millennia.

On the eve of the 10th of Tevet, I lit a memorial candle for the 6,000,000 who perished in the Holocaust, and most particularly for my family members who were killed in Auschwitz. Entering the synagogue that special morning, I wondered how it would feel to say kaddish with so many other people. During most of the year, thus far, I had said kaddish with only one or two men, at most.

Now, on the 10th of Tevet, the National Day of Kaddish, I would be joined by many others saying kaddish. As the time for kaddish arrived, I stood up and prepared myself. As usual, the image of my mother rose up before me, as it always did. However, this time she was joined by Herbert and Betty Oettinger and their children Ralph and Elinor, especially Elinor, for whom I am named. These relatives of mine, uncle and aunt and first cousins of my father, were deported from Michelangelostraat 27 deep in the heart of Jewish Amsterdam to the concentration camp known as Theresienstadt and from there to Auschwitz where the Nazis murdered them in the fall of 1943. Growing up in post-war USA, I heard their names mentioned on more than one occasion, but I knew little more than the bare facts: Amsterdam, deportation, Theresienstadt, Auschwitz, and finally gas chamber. To my knowledge, we had never actively created a memorial for them or marked their yahrzeit, the date of their death.

Two years ago, on a trip to Amsterdam, my husband and I braved the spring rain and cycled over to Michelangelostraat 27, to explore and unite with the memory of our murdered family members. My father had directed us to this house, the last known address of our aunt, uncle, and cousins, a home he had visited on the eve of his own emigration from his birthplace in Hamburg, Germany in November, 1938.

As we cycled down the typical Amsterdam residential street of aging brick row houses, we neared the house with number 27 etched into the gray stone. Imagine my surprise when I saw the engraved brass bricks shining up at us from the dark sidewalk. Our relatives’ names were engraved on the stones along with the dates of their death and the word Auschwitz following the date. Hebert Noah Oettinger, Betty Oettinger, Elinor Oettinger, and Ralph Oettinger.  Tears overwhelmed me as I was enveloped by a sense of loss for this family I had never known. They became more alive for me at that moment than they had ever been before. Here was proof that they had actually lived. They were real people; they had crossed this very threshold, their feet touching these very black and white tiles. I could picture my cousin Elinor, my namesake, taking the mail out of the box that still had the word “Post” chiseled into the gray stone.

On the 10th of Tevet, the day of National Kaddish, as I was saying kaddish for my mother, thoughts of Elinor, my namesake, the lively 15-year-old, filled my thoughts and imagination. I knew so little about her. I felt a sense of loss, a sense of missed opportunity that merged with my loss for my mother. My kaddish joined with all the other kaddishes in our synagogue, and throughout the world on this very special and holy day. To say kaddish for all the souls who were killed in the Holocaust, including those who left no one behind to remember them, was a special privilege. The young, the old, the frail, the sick, and those whose entire families were wiped out all crowded my mind and heart. I said kaddish for my dear relatives as well.  Feeling the 10th of Tevet in such a personal and meaningful way, was another gift that kaddish gave me this year, my Year of Kaddish.

This is an excerpt from Naomi Baum’s book: My Year of Kaddish: Mourning, Meaning and Memory, published earlier this year and available on Amazon.