The Blogs
Nadav Tamir
Apply for a Blog
Advertisement
Please note that the posts on The Blogs are contributed by third parties. The opinions, facts and any media content in them are presented solely by the authors, and neither The Times of Israel nor its partners assume any responsibility for them. Please contact us in case of abuse. In case of abuse,
Report this post. 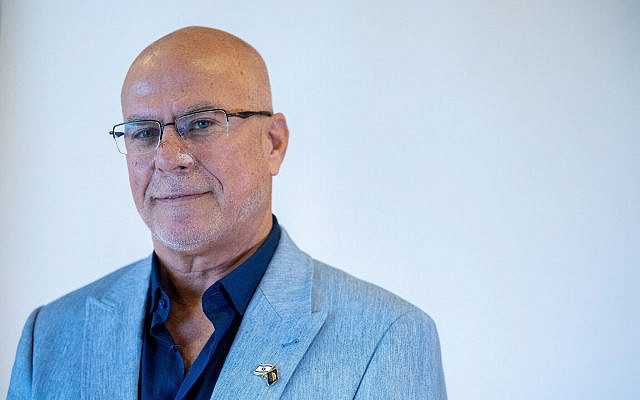 MK Zvika Fogel, a previously unheard-of lieutenant colonel in the reserves, has joined Itamar Ben Gvir’s hate train with gusto, and he is quickly on his way to being appointed chairman of the Knesset’s influential Internal Security Committee. Though his political boss Ben Gvir has claimed that he is “moderate,” and despite the unreliable reassurances sent from Netanyahu (primarily in English), MK Zvika Fogel has been proudly saying the quiet part out loud, and he is worth listening to.

While Ben Gvir publicly toes the line in his new role as minister of National Security, rationalizing his newfound investigative powers by the need to “fight crime,” Fogel has unabashedly exposed Ben Gvir’s words as pretext for a more nefarious partisan mission.

In interviews, Fogel speaks without the thin guise of moderation deployed by more senior leaders in this radical coalition who cannot afford to do away with the façade of political restraint just yet. He has repeatedly, and publicly, divulged the new political tools available to Ben Gvir in his new role — one such example is the ability to shut down protests near the Prime Minister’s Residence, while allowing others to go forward without interference.

Fogel’s bold truth-telling of the government’s uncensored sentiment does not stop at the Green Line. A day after the UN voted to open an investigation against Israel on the question of the occupation’s permanence, Fogel rejected the diplomatic cover so often sought by Israel on the international stage, instead asserting outright what many have long suspected, that “the occupation is permanent.”

Only a few days ago, Fogel spoke another pearl of undistilled, venomous truth on a radio interview, where he submitted that Ben Gvir sought control of the Border Police, which was under the control of the Israel Defense Forces (IDF), in order to use it in the Negev against the Bedouin communities there.

Should the policies that Fogel describes come to fruition, they would almost certainly precipitate the collapse of an already delicate Israeli democracy.

On the international front, the realization of Fogel’s words would isolate Israel diplomatically, and perhaps catalyze an international sanctions regime against Israel which could pose a serious threat to the economic health of the state.

The Western world, led by the United States and the European Union, has never liked the Israeli occupation, but Israeli democracy, freedom of expression, and of course Israel’s strong and independent judiciary have served as a defense of our legitimacy as a democratic partner of our Western allies. Under the auspices of domestic democracy, the independence of the court, and recognition of the need for a final diplomatic settlement to the conflict (even without an openness to concessions), the State of Israel effectively stabilized the status quo of occupation.

The new right-wing government intends to do away with these feckless hindrances to their radical agenda. MK Fogel is a “canary in the coal mine,” and we would be wise to avoid dismissing his words as those of a fringe lunatic. The future of this coalition may well lead Israel down the road of international isolation and weakness, in the ruthless pursuit of permanent occupation.

As Israel’s values diverge from those of American Jews, we should expect a continued withdrawal of their support from the US. Israel is also bound to increasingly rely on the support of illiberal democracies and their autocratic leaders, such as Hungary, at the cost of more strategically valuable relationships with the liberal democracies in Europe.

We are obliged to take MK Fogel at his word when he threatens our nation’s democratic identity; his proximity to power makes him a dangerous figure to underestimate. It is our duty as Israelis to preserve our democratic tradition. We must make it clear that the independence of our judiciary is not to be trifled with, and that the diplomatic resolution of occupation is of fundamental importance to our democratic future.

On the positive side, perhaps, it will be this government’s brashness which lifts the curtain on the extreme consequences of permanent occupation.

About the Author
Nadav Tamir is the executive director of J Street Israel, a member of the board of the Mitvim think-tank, adviser for international affairs at the Peres Center for Peace and Innovation, and member of the steering committee of the Geneva Initiative. He was an adviser of President Shimon Peres and served in the Israel embassy in Washington and as consul general to New England.
Related Topics
Related Posts
Nadav Tamir