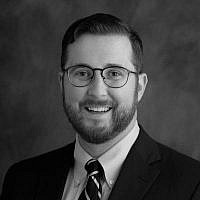 The Blogs
Joshua C. Offenhartz
Millennial Extraordinaire With Thoughts to Spare
Apply for a Blog
Please note that the posts on The Blogs are contributed by third parties. The opinions, facts and any media content in them are presented solely by the authors, and neither The Times of Israel nor its partners assume any responsibility for them. Please contact us in case of abuse. In case of abuse,
Report this post. 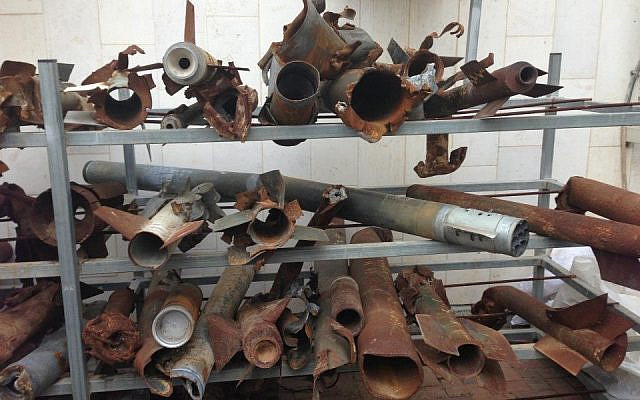 Last week American Jews and Jews worldwide were attacked under the guise of political protest by those seeking to delegitimize Israel and its right to self-defense. This intimidation hit home in Arizona as a Tucson synagogue was vandalized and unreported claims a pre-school had been graffitied with swastikas. We watched as Jews were attacked in LA, Salt Lake City, Chicago, New York, Montreal, London, Paris, Hannover, and of course – Israel. These attacks have only accelerated the trend of escalating violence against Jews and revealed what the Jewish Community has known for years – Anti-Zionism is often a mask for Anti-Semitism.

Some will claim this statement is untrue and that Israel’s supporters are trying to limit criticisms of Israel, but evidence to the contrary keeps growing. Ask the Pakistani Foreign Minister who went on CNN and claimed Jews control the media with deep pockets. Ask Jewish social media influencers whose posts were flooded with #FreePalestine. Ask the business owners in New York City whose businesses were vandalized by protestors waving Palestinian flags. Ask the diners in Los Angeles who were spit on by Palestinian supporters wearing keffiyehs. These crowds didn’t distinguish between Jews and Israel and didn’t hesitate to use intimidation, verbal abuses, or violence against them.

The silence from the non-Jewish world was deafening. There was no media solidarity campaign; no celebrity PSA videos; no coordinated social media effort; no emotional statements from corporations and non-profit groups; many even saw friends parrot harmful talking points. There was no hashtag activism or coordinated political protest. Many who spoke out, like John Oliver and Trevor Noah, tried to justify or excuse the violence against Jews by pointing to Palestinian suffering. Why? Because Anti-Zionism is really Anti-Semitism by another name.

This isn’t a new trend. Last summer we watched as Jewish institutions were vandalized during BLM protests. Before that we saw the Women’s March expel Jewish leaders, and Jewish LGBTQ supporters were removed from the Chicago parade for displaying a rainbow Star of David flag. On the surface none of these incidents had to do with Israel. But the commonality in each of these situations, just like the most recent attacks, is that groups are justifying their actions by claiming to oppose Israel, and by extension, American Jews.

So I must speak out – even if it means speaking alone. Why? Because I am proud to be an American Jew. Because I know our community will not be cowed by bigots or intimidated by Anti-Semites. Because we won’t apologize for success or back down from hatred. Because we aren’t ashamed to have achieved the American Dream. Because having achieved the American Dream, we extended a helping hand and stood in solidarity with others to ensure they shared similar success.

But we need your help. Stand with your Jewish friends and family. Speak out against bigotry and fight the rising Anti-Semitism in our communities. Don’t accept individuals and groups who excuse their Anti-Semitism by calling it Anti-Zionism. Together we can stop the rising tide of Anti-Semitism and unmask the lie and expose the hatred that is Anti-Zionism.

About the Author
Joshua Offenhartz is a business attorney and public policy advisor who lives in Phoenix, Arizona. He is active in the community, volunteering with organizations that service the arts, education, and religious sectors. Josh is a vocal critic of rising anti-Semitism and proudly supports Israel.
Related Topics
Related Posts
Comments