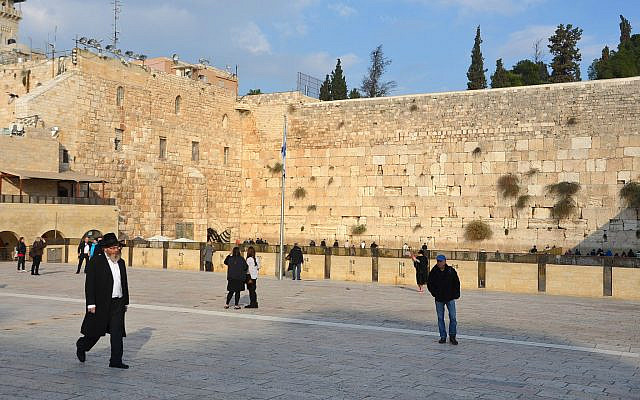 The best way to remember the glory of the Holy Temple is to imagine ourselves reliving those times of old. Imagine walking past the Walls of Jerusalem (Chomot Yerushalayim) towards the Temple Mount. We can picture ourselves moving beyond the wall of the rampart (the Cheil) and into the Temple building. We can envision ourselves gazing upon the altar and seeing its bloodied walls (Kir HaMizbeach). But alas, the onlytaddddd remnant of that magnificent complex that still stands is the Western Wall, the Kotel HaMaaravi. In this essay we will explore six Hebrew words that mean “wall” (chomah, kir, shur, cheil, chayitz, and kotel) to better understand the nuances conveyed by each individual word.

As is his wont, Rabbi Shlomo of Urbino (a 16th century Italian scholar) writes in his work Ohel Moed (a lexicon of Hebrew synonyms) that the six words in question all mean the exact same thing. However, if we dig deeper into the roots of these words, we will see that there is more to it than that. Rabbi Shlomo Pappenheim of Breslau (1740-1814) traces the words cheil, chomah, kir, shur, and chayitz to their respective two-letter roots. In doing so, he helps shed light on the nuances conveyed by these different words.

The word chomah appearsmore than 130 times in the Bible and always refers to a “wall” that surrounds a city or an important/large building. Rabbi Pappenheim (like Menachem Ibn Saruk) traces the word chomah to the two-letter root CHET-MEM, which, he explains, refers primarily to “heat.” As a derivative of this meaning, that biliteral root gives way to the word milchamah (“war”) — which is the culmination of a heated fight between multiple parties. Based on this, Rabbi Pappenheim suggests that perhaps the word chomah is related to milchamah, as the main purpose of building a city wall is to protect its inhabitants from enemy warfare. Alternatively, Rabbi Pappenheim proposes that the word chomah is related to this two-letter root because the city wall might serve to block cool winds from entering, thus keeping the city warm.

[Rabbi Yaakov Tzvi Mecklenburg (1785-1865) in HaKsav VeHaKabbalah connects chomah to cheimah (“anger”) and chamah (“sun”), focusing on how a city wall sets a city apart from everything beyond its walls. Interestingly, Rabbi Hirsch (to Gen. 21:15) proposes that the word cheimet (“flask”) is related to chomah because a flask encloses and protect its contents, just like a city wall surrounds and protects a city.]

The word kir in the sense of “wall” appears about 74 times in the Bible. Most grammarians trace kir to the triliteral KUF-YOD-REISH, but some understand that the letter YOD is not part of the root. Rabbi Yehudah Aryeh of Carpentras (an 18th century grammarian and dayan) writes in Ohalei Yehuda that kir is related to kor/kar (“cold”), as it refers to a wall whose purpose is to provide shade and allow people to “cool off.”

Rabbi Pappenheim takes a different approach. He traces kir to the two-letter root KUF-REISH, which refers to the “strong impact” that results from extreme weight or velocity. One branch of words derived from this root are korah (“wooden beam”) and tikrah (“ceiling”), because the weight of the horizontal beams that comprise the ceiling weigh down on a building’s support, thus creating a point of impact. With this in mind, Rabbi Pappenheim explains that kir (“wall”) refers to a vertically positioned wooden beam that bears the weight of a structure. From that original sense, kir was borrowed to refer to any sort of wall (i.e. even of stone or metal).

When Balaam foretells of Jewish ascendancy in Messianic times, he says that the Jews will karkar all the other nations of the world (Num. 24:17). Most commentators (Rashi and Ibn Ezra there, Ibn Janach in his Sefer HaShorashim) explain that this means that the Jews will “destroy” those nations, but they fail to explain the etymology of the word karkar and how it means “destroy.”Nevertheless, Radak in his Sefer HaShorashim writes that karkar derives from kir, explaining that this verb refers to “destroying a wall” (i.e. eliminating their means of protection). He compares kir to the noun shoresh (“root”), whose verb-form of misharesh means “to uproot.” Thus, kir can refer both to building a wall and also to tearing down a wall — two polar opposites. (Rabbi Hirsch (to Lev. 19:28, Num. 24:17) and Rabbi Yitzchok of Volozhin’s Peh Kadosh (to Num. 24:17) both offer comparable explanations). 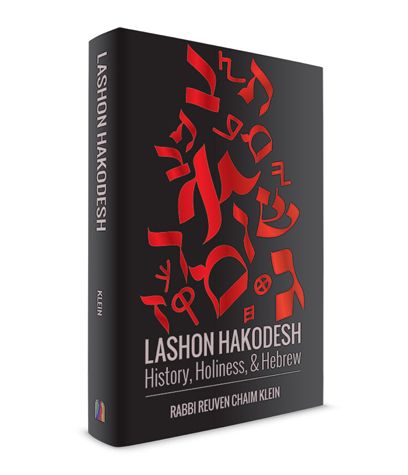 Rabbi Pappenheim traces the word shur to the two-letter SHIN-REISH, which refers to a “focal point.” He notes that the wordshar/sharir (see Yechezkel 16:4, Prov. 3:8, and Iyov 40:16), which means “umbilical cord,” is the focal point that connects a fetus to its mother, and shor refers to an “ox,” whose main strength lies in its torso, thus placing a focus on its navel area. Based on this, Rabbi Pappenheim writes that the word shoresh (“root”) is also derived from this root because a plant’s roots are the focal point of its growth. Rabbi Pappenheim also explains that the word yashar (“straight”) derives from this root, as it denotes the fastest and shortest way to reach a specific focal point. To that effect, he notes that the word shir (“song”) relates to this root’s core meaning because it denotes a poetic composition that centers around one specific topic (“point”) and does not deviate from that theme.

Rabbi Pappenheim also writes that shur in the sense of “seeing” (see Num. 23:8, 24:27, Iyov 35:5) is also derived from SHIN-REISH because, unlike the other senses, the sense of sight can be directed to focus on a specific point and is not forced to take in everything at once. As corollaries to this meaning, teshurah (“tribute”) refers to a special gift given to somebody who greets (i.e. “sees”) a dignitary, nesher (“eagle”) refers to a bird who can “see” to far distances, and sheirut (“service”) refers to one who oversees the fulfillment of his master’s needs. (Alternatively, Rabbi Pappenheim explains that sheirut refers to “straightening” out the household affairs or remaining “straightforward” and steadfast to one’s boss’s wishes.)

When it comes to shur in the sense of “wall,” Rabbi Pappenheim offers two ways of connecting this word back to the primary meaning of SHIN-REISH. First, he proposes connecting shur with yashar, explaining that it refers specifically to a wall that is built as a straight line (as opposed to a chomah that encircles a city). Secondly, he writes that shur as “wall” is related to shur as “seeing,” because it denotes a tall wall that is used as a lookout post. In line with this latter supposition, Rabbi Dr. Ernest Klein (1899-1983) notes that both shur and chomah are words that bear the double meaning of “wall” and “seeing.” (See Rashi to Gen. 49:22 who seems unsure about whether shur there means “wall” or “seeing”. Interestingly, Radak writes that the word shor in Gen. 49:6 means “wall,” just as shur later in that chapter does.)

In discussing the word cheil, Rabbi Pappenheim explains that this word derives from the biliteral root CHET-LAMMED, which refers to “circular movement” and the “empty space” within a circumscribed circle. Accordingly, he understands that cheil refers to a short wall which surrounds a taller wall. The cheil thus creates an “empty” space between the two walls that serves as a sort of no man’s land. Rabbi Pappenheim further adduces his position from the Mishna (Middos 2:3) that refers to the space between the walls of the Temple Mount and the actual Temple building (i.e. the Women’s Courtyard) as the cheil.

The Talmud (Pesachim 86a) characterizes a chomah and a cheil as “a shura and a bar–shura” (“a wall and the son of a wall”). According to Rashi this means that chomah refers to an exterior wall while cheil refers to a shorter wall within the chomah (thus resembling a small son overshadowed by his bigger father). Radak seems unsure about whether cheil denotes a wall that is outside a chomah or inside a chomah. He then suggests that perhaps cheil does not even mean a “wall”, but rather it refers to a moat dug on the outskirts of a chomah.

The Hebrew word chayitz is a hapax legomenon because it only appears once in the entire Bible (Ezek. 13:10). Ibn Janach writes that the YOD is in place of an additional TZADI, so its root is really CHET-TZADI-TZADI, which means to “partition.” Rabbi Pappenheim similarly understands the word chayitz as an offshoot of the root CHET-TZADI, which means “dividing” or “splitting” something into two parts. Other words derived from this root include chatzi (“half”), chazot (“midday” or “midnight”), chutz (“outside/exterior”), and cheitz (“arrow”). Rabbi Pappenheim theorizes that chayitz specifically refers to a wall that divides one area/domain into two, and is thus synonymous with the Mishnaic Hebrew word mechitzah (see Bava Basra 1:1). That said, Rabbi Moshe Zacuto (1625-1697) in Kol HaRamaz (to Sheviis 3:8) writes that chayitz specifically denotes a “flimsy partition,” while mechitzah can apply to any sort of “partition” or “divider.”

Many of Rabbi Reuven Chaim Klein’s lectures are available for free online.

Finally, we have arrived at the word kotel. This word appears only three times in the Bible: Once in Hebrew in Song of Songs 2:9, and twice in the Aramaic cognate ktal (Dan. 5:5, Ezra 5:8). The word kotel more commonly appears in the Targumim as an Aramaic rendering of the Hebrew word kir (see Targum to Lev. 1:15, 14:37, Joshua 2:15 and more), and Rabbi Ernest Klein actually connects kotel with the Akkadian kutallu (“backside”).