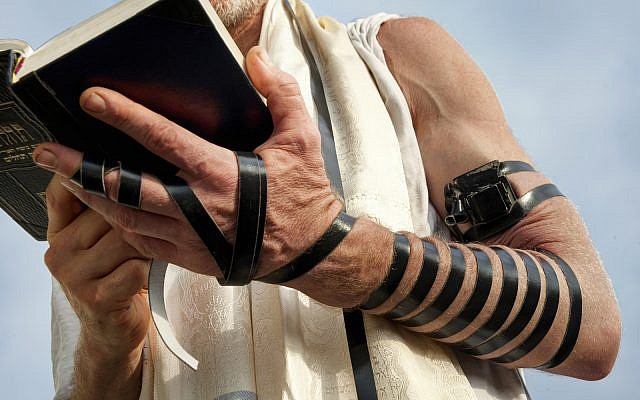 I was briefly excited this week to hear that an old schoolmate had made Israeli news. Then I wasn’t, because it seemed to be for all the wrong reasons.

Ironically, just days earlier, an unrelated Israeli news story had also inspired me; for all the right reasons. It was the story of Omer Adam, Israel’s hottest pop star. Here’s a guy whose music video “Shnei Meshugaim” scored 48 million hits just last year. His songs regularly top the charts and he can pack out a concert in no time.

Omer was in the news because he declined to perform the headline act in this May’s Eurovision finale in Israel. That’s a big deal. Israel is on a high after last year’s Eurovision win, and Tel Aviv will host the competition for the first time in two decades. Any rising star would leap at the chance to perform on that stage. Not Omer. He would have had to rehearse on Shabbos for that performance, and Omer won’t appear on Shabbos. Omer may not be religious per se, but he turned down a stellar performance in favour of Jewish tradition.

Omer’s story has absolutely nothing — and everything — to do with the story of my friend.

Dr Mordechai (or Motti, as we know him) Vigler is a highly respected hand surgeon at the Rabin Medical Institute in Tel Aviv. Last week, an investigative reporter from Israel’s Channel 13 TV unmasked a scandal at the doctor’s office. I remember Motti as straight-laced. I couldn’t imagine him entangled in duplicitous activities.

I warily clicked on the link.

Investigative journalists have done an admirable job of exposing rot in the medical world. From the US government dishing out potentially life-threatening pain drugs, to kickbacks for doctors in India, to violence in Florida’s mental institutions, journalists have fought to protect the abused patient. Channel 13 chose to expose Dr Vigler for his belief in Judaism and in his fellow Jew.

Their reporter used an alias to book a doctor’s appointment. He then smuggled a hidden camera into the consultation room to record the “crime.” We could debate the ethics of journalistic entrapment[1], but I’m no expert on media law. I’m just baffled that a reputable news outlet would invest the time to muddy a professional’s name, simply because they have divergent religious views.

What was Vigler’s offense? He does not stand accused of malpractice or negligence, but of religious “coercion.” Dr Vigler recommends that his male patients don Tefillin. He posits that a dose of mitzvah will help them to heal. The offending video shows him wheedling the undercover reporter into rolling up his sleeve for a dose of mitzvah. Channel 13 paints the doctor as a missionary who strong-arms his patients into superstitious healing rituals. We’re talking about a qualified clinician who has performed hundreds of successful surgeries. Dozens of his satisfied patients have gratefully donned Tefillin in that office. I believe that many have purchased Tefillin with his assistance.

Channel 13 thinks he’s a throwback to the Dark Ages.

Vigler is no religious fundamentalist out to save souls. He’s a classic Chabadnik, who takes literally the Talmudic suggestion that all Jews are natural believers. The Lubavitcher Rebbe inspired him, and every other Chabadnik around, to value the power of a mitzvah and to see the diamond in every Jew. He doesn’t peddle Tefillin to get a kickback — either financial or in the World to Come. He simply sees you as a fellow Jew, with an infinitely powerful soul; one that resonates deeply with a mitzvah, no matter how many layers of skepticism or West-aping behavior obscure it. He is offended when people call you “hiloni,” because that label denies the axiom that every Jew is holy. He balks at the term “kiruv rechokim” (drawing near those Jews who are far), because he’s been indoctrinated that no Jew is ever far.

Dr Vigler, pulls out those Tefillin because he believes “healthy soul, healthy body.” He, like those black-hatters who prod you on Ben Yehudah street or 5th Avenue, Manhattan to “just do another mitzvah”, doesn’t mean to patronize. He’s not scoring points. He’s not using you. He’s coaxing your Jewish essence to the fore.

Any person who met the Lubavitcher Rebbe would inevitably comment on his eyes. I remember those sparkling azure eyes. They were kind and empowering, and you felt that they drilled right through you. When you stood before the Rebbe, no matter how brief the interaction, you felt as if he saw greatness in you. Your greatness — that you were still to discover. The Rebbe inspired his followers to look at every Jew with those eyes. Eyes that would see value and beauty and greatness. The eyes of Rachel who saw in the ignorant shepherd, Akiva a man who would become one of Judaism’s greatest leaders. Eyes that would see how every Jew, observant or not, intersects G-d at their core.

Our world has more than enough people who wish to expose ugliness in Jews. Our People already has enough division. We could do with more of that attitude that looks to find the good, the soul, the Divine spark in each other.

And we need not look far. That Jewish soul is vibrant.

[1] From what I could glean, The Society of Professional Journalists’ Code of Ethics warns to: “Avoid undercover or other surreptitious methods of gathering information unless traditional, open methods will not yield information vital to the public.” The Israel Press Council, similarly proscribes against “unlawful invasion of privacy” and “unlawful eavesdropping.”