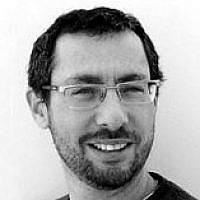 The Blogs
Shmuel Rosner
Apply for a Blog
Please note that the posts on The Blogs are contributed by third parties. The opinions, facts and any media content in them are presented solely by the authors, and neither The Times of Israel nor its partners assume any responsibility for them. Please contact us in case of abuse. In case of abuse,
Report this post. 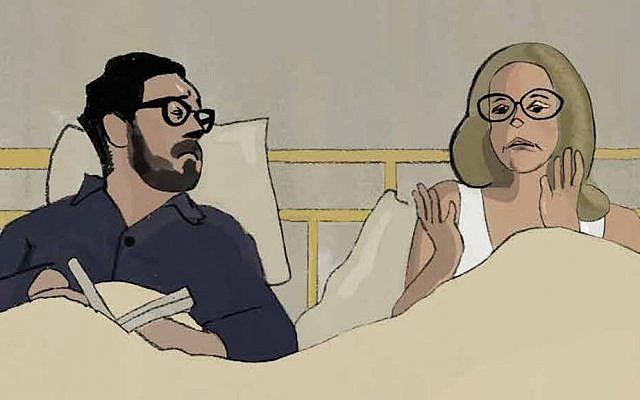 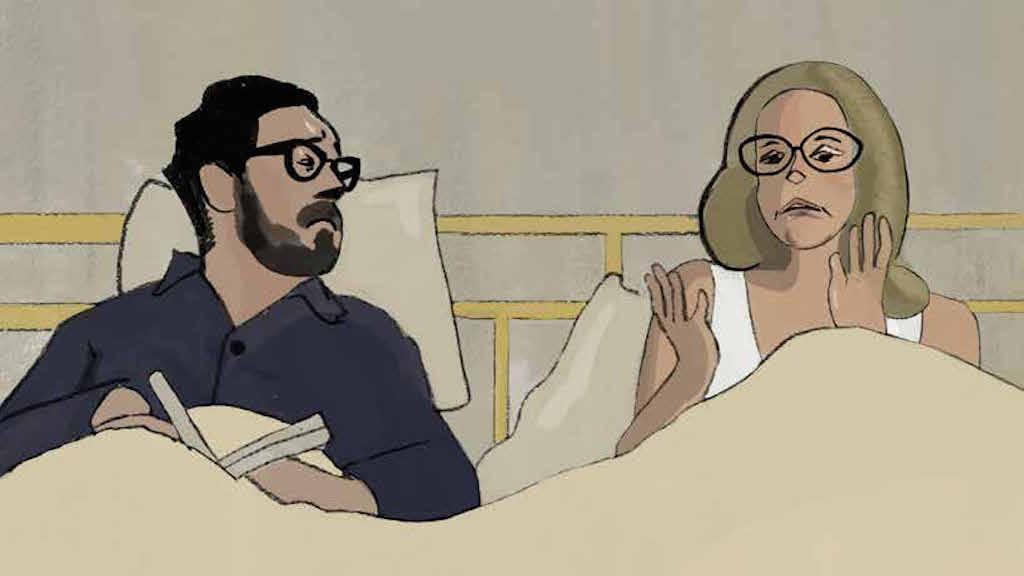 In the seventeenth century, the first signs of the crisis became evident: The decline of religion and attrition of the religious-halachic behavioral code led to the collapse of what had been the central pillar of Jewish life for many generations. With the onset of modernity, most of the Jews in the world ceased speaking a common language of Torah and commandments, laws and rules. Most Jews do not put on tefillin every morning, most do not eat only kosher food, and most do not immerse themselves in the mikvah. Anyone who asks himself why Jews need other Jews in another place should also consider this basic fact: In a world in which there are more Jews who “have no religion” (this was one of the most striking features to emerge from the Pew and Brandeis surveys of American Jews conducted last year), there is a need for an alternative that makes it possible to define Jews as a group. Some like to call this alternative “peoplehood.” But peoplehood is a pale substitute for the real thing, which is Jewish nationalism. This is nationalism in its simplest sense: Jews belonging not only to the same religion, but to the same nationality, too.

Like other people, Jews prefer to think that they have more than one option for how to live their lives. They can be in contact with one another or they can cut themselves off; they can care for one another or not care; they can live with other Jews or they can simply be Jews, alone or in communities, but without the “with.” Recent years have seen a new trend involving forecasts that put the second option in question in that it tends towards foregoing the nation in favor of the local community. Jews have begun to say to one another: If you do this or that, we’ll cut our ties; if you don’t do this or that, we’ll distance ourselves. If you are Jews of this type, we’ll talk; if you’re Jews of another type, we don’t want a relationship. More specifically, threats of this kind are mostly directed towards Israel, and they are voiced more often than not by Jews who mean well, who love their people, who want no more than for Israel to be more successful, to meet the standards of a Jewish state – that is to say, their standards. If not, they’ll be forced – not happily, of course – to penalize it with indifference, estrangement, or alienation.

Jews, like all human beings, do indeed have more than one option. However, unlike what they may think, every option comes not only with advantages, but also with a price tag. When Jews choose to maintain their ties with Israel, it certainly comes with a price: It often means that they have to accept the fact that the Jewish state will act in accordance with the standards determined by its conscience, just like all other democratic countries, and that these standards come as part of a somewhat chaotic and necessarily flawed electoral system. In other words, anyone who wishes to maintain those ties must become accustomed to living with a partner upon whom one has little influence. You want the partner to end the “occupation,” and the partner believes that it should be continued for one reason or another, for better or for worse. You want the partner not to deport Sudanese illegals, but the partner nevertheless does so. You want to cause the partner to change, but meet with recalcitrance.

You threaten that if this goes on, there will be no choice but to get divorced. The partner panics for a moment . . . Divorce? After all, he has no option for a relationship other than with the rest of the Jews – but once again he reverts to his evil ways. That’s his nature. He is driven by social dynamics, and, anyway, what kind of threat is divorce? If you get divorced, not only he will lose out – you won’t have a family, either.

The world decides for the Jews

The Jews, just like everyone else, want to believe that they are special and that they alone determine their fate. The truth is that Jews contend with problems that are very similar to those that other nations and groups have to grapple with, problems of loss of authority and hierarchy, secularization and globalization, that threaten particular identities.

Very often, the ones who decide how the Jews will deal with problems are not the Jews, but the rest of the world. The world is changing and the Jews must make choices. Sometimes they respond well and at other times less so. In any event, the Jews are a product of what is happening around them. For example, when there is more interreligious and interethnic marriage in America on the whole, Jews intermarry, too.

It so happens that the world is changing in a way that makes it difficult for Jews to feel close to one another. That’s what happened when the Enlightenment posed new challenges that certain groups responded to in different, and often contradictory, ways, to the point of almost causing a rift in the Jewish world. Why only “almost” rather than an actual rift? Once again, it wasn’t the Jews who decided, it wasn’t they who chose unity over discord. The world decided for them. An Israel Prize Laureate in Jewish philosophy, Eliezer Schweid, put it this way: “The most abject failure of the Emancipation after its brilliant success in terms of the Jews’ integration into their European surroundings was that it forced the movements within the Jewish people to return to the roots of their unity, identify with the foundations of their fate, and cooperate with one another in the cruel struggle for survival as individuals and as a group.”

There is a built-in, inherent difficulty in the relationship between Israel and the Jews of the Diaspora, and this difficulty is not new. Reform Judaism identified it in the earliest days of Zionism when it understood that national reawakening painted all the Jews of the world in the colors of national identity, an identity that not all were interested in. Ultra-Orthodox Judaism also identified it in the early days of Zionism when it realized that national reawakening blunts and diminishes the exclusivity of religious commitment. American Jewry identified it soon after the establishment of the State of Israel, and in the early 1950s forced Prime Minister David Ben-Gurion to publicly recognize the fact that the Jews of the United States “owe no political allegiance to Israel.”

The difficulty was identified – but never resolved – because there is no way to resolve it. Israel will not dismantle itself in order to refrain from offending the sensibilities or beliefs of anyone, even a cherished co-religionist. The Jews of the world will not all come to Israel for the mere convenience of no longer having to maneuver between their indeterminate ties to a distant rogue state in the Middle East and the place that they consider “home.”

Here is the choice that you – we – face: You can choose a volatile, turbulent, angry, loving, tense, reciprocally beneficial, difficult, wonderful relationship – or you can give it up. In that case, Israel will lose its first circle of supporters along with the concern, the participation in its joys and sorrows, and the contributions it makes, both material and in spirit. The Jews of the world – those who choose to distance themselves from Israel – will also lose, and accordingly deprive themselves of the concern, the participation in joys and sorrow, and the contributions both material and in spirit.

Jews, just like everyone else, are not immune to making foolish choices. Nevertheless, one may hope that they will not choose to distance and alienate themselves from one another.

Yes, there is evidence and there are signs that Jews in certain positions, in certain communities – let’s tell it like it is: mainly Jews from the liberal left, mainly in the United States – have lost their patience with Israel. Our politics kills their love. The complaints by these Jews are worth listening to and it’s worth talking to them, and one can also try to persuade them or be persuaded by what they have to say. There are things that some of them don’t understand very well. And there are other things that they do understand and, nevertheless, they remain unhappy. There are things that some of them propose that make sense and would be beneficial for Israel to adopt. And there are things that they want but that Israel, with all due respect, cannot or does not want to fix.

Israel has no alternative to these Jews. As flawed as their philosophies may be (in the eyes of most Jews in Israel), as distant as they may be from the experience of the Middle East and its constraints, as naïve, annoying or sanctimonious as they may be, they represent half of the Jews of the world – the other half. If anyone in Israel thinks that we’d be better off without their irritating faultfinding, they would do well to reconsider. They’d miss them.

Those Jews have no alternative to Israel either. There will never be another Jewish state. They won’t find relatives anywhere else in the world. Only in Israel do people speak Hebrew fluently, only in Israel does life screech to a halt on Yom Kippur Eve, only in Israel is Hanukkah celebrated in winter not as an afterthought – albeit a charming one – in the shadow of another holiday, but rather as the real thing. I have a feeling that most Jews, even those who are angry at or embarrassed by Israel, are too wise to forego that.

This article is one of 17 important perspectives on the current state of the Israel-Diaspora relationship published in a special issue of Eretz Acheret magazine, in cooperation with the Ministry of Foreign Affairs, and available free of charge to Times of Israel readers. Access the full digital edition at:
Come let us reason together
[alternate link]

About the Author
Shmuel Rosner is a Tel Aviv based columnist, editor and think tank fellow. He is a fellow at The Jewish People Policy Institute (JPPI) and the non-fiction Editor for Israel’s largest Publishing House, Kinneret-Zmora-Bitan-Dvir. Shmuel is Senior Political Editor for the Jewish Journal, and writes the popular blog Rosner's Domain as well as a weekly column for The International Herald Tribune/New York Times and for Israel’s Maariv Daily. Rosner was previously a columnist for The Jerusalem Post, and was Chief U.S. Correspondent, Head of the News Division and Head of the Features Division for the Israeli daily Haaretz. He wrote for many magazines, including Slate, Foreign Policy, Commentary, The New Republic, The Jewish Review of Books, and others. Rosner’s book “Shtetl Bagel Baseball, on the Wonderful Dreadful State of American Jews” was published in Israel by Keter (Hebrew, 2011) and became a bestseller.
Related Topics
Related Posts
Comments