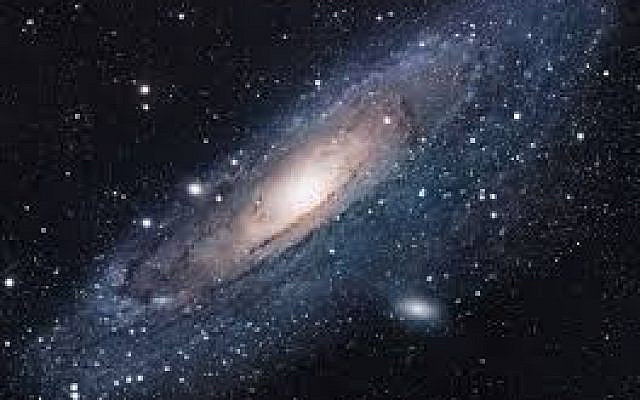 The great Jewish-American astronomer, Vera Rubin, passed away on Christmas Day, 2016. The world’s press, oblivious to her real accomplishments and in perfect groupthink lockstep did what they do best, broadcasting thousands of cookie-cutter obituaries hailing the late scientist as the “discoverer of dark matter.” Dr. Rubin, however, had told the media on many occasions that she had achieved no such thing and that as far as she was concerned the scientific method prevented her from making such outlandish knee-jerk declarations as having discovered a new form of matter that science was desperate to believe was there, swirling around nearby galaxies in stupendous quantities.

Dark matter, if it exists, is a unique substance indeed. It can’t be seen, heard, smelled, tasted, or felt. It neither gives off nor reflects light. It can’t be perceived in any possible way—except that it supposedly “weighs” and coincidentally precisely as much as required to make science’s current paradox regarding its hopelessly unbalanced gravitational equations concerning galactic rotational velocities all immediately square and equalize.

Very few news fonts honored Dr. Rubin’s passing by allowing her to speak for herself rather than demeaning her memory by putting their politically correct, popular culture, cult-personality version of science on her lips. I’m proud to say Newsmax (6-12-2017) allowed me years ago on the occasion of her death to give Vera Rubin the dignity of publishing her own words on this matter, and not mine, or anyone else’s with a scientific axe to grind. The respected astronomer’s view was sober, reserved, circumspect and wise: “If I had my pick, I’d like to learn that Newton’s laws must be modified in order to correctly describe gravitational interactions at large distance. That’s more appealing than a universe filled with a new kind of particle.”

Dr. Rubin became such a central figure concerning dark matter since she is the researcher who found that the Andromeda galaxy, our closest galactic neighbor, is spinning too quickly. This enormous collection of one trillion stars itself doesn’t have the mass, and therefore the gravity, to hold on to its peripheral stellar systems which should be flying off into space due to their velocity. She understood that this problem in celestial mechanics, now seen not just confined to one galaxy but throughout the cosmos, is certainly real.

But as to what the solution for it should be, it was not Vera Rubin who decided to toss the scientific method to the side and grasp at the simple yet bizarre option of inventing dark matter out of whole cloth. She never peddled conjectures created out of thin air and impossible to verify while nonetheless posing as truisms.

More to the point, as far as her prescient supposition that perhaps our understanding of gravity needed modification rather than the invention of a new, metaphysical form of matter, her words echo in a stunning scientific paper published on November 20, 2020 in the esteemed Astrophysical Journal, Volume 904, Number 1. An international team of astronomers are contending they’ve discovered indications that an “external field effect” has been found.

Their modified Newtonian dynamics (MOND) is precisely what Dr. Rubin suggested might account for the discrepancy between mass and rotational velocities in galaxies so incomprehensibly distant. In effect, MOND challenges dark matter by theorizing that our understanding of gravity isn’t perfect and that the meticulous mathematical rules for measuring it everywhere and absolutely precisely might require slight alterations.

The thesis underpinning MOND posits that just as measurements of Mercury’s orbital precession break down using basic Newtonian physics and Einstein’s relativistic effects have to be taken into account since the planet is so close to the massive Sun, MOND is putting forward that there is an even deeper and higher level of mathematical and scientific calculus required in dealing with galaxy-sized clumps of matter at almost unfathomable distances. While none of this is purported to be irrefutable, in the conclusion section of the paper the authors stress that readers should “note that the results of the equations are fully empirical (the authors’ italics), independent of any theoretical interpretation.”

Dr. Rubin never peddled conjectures created out of thin air and impossible to verify experimentally while nonetheless posing as truisms, and science should abhor such practices flying in the face of classical scientific methodology. Yet fashionable speculations that appeal to academia and the media, novel ideas that please politically or socially, in the current uber-politicized environment often bypass the investigative crucible through which every hypothesis must pass and persevere before being granted the status of theory or law.

Words were put in Dr. Rubin’s mouth in this regard, while puffing her up with fake accomplishments that she certainly never required nor sought, brushing aside her superlative achievement in timing the rotary motion of the Andromeda galaxy two and a half million light-years away. Those searching for systemic sexism in the sciences, the underhanded kind, the sort that buoys up female researchers when it serves to assign them roles to play even as they balk and decline, will have found an excellent example in how Vera Rubin’s work was manipulated.

“In my own life, my science and my religion are separate,” Dr. Rubin said. “I’m Jewish, and so religion to me is a kind of moral code and a kind of history.” Science has its own moral code and history too — a scientific method that must be respected lest it repeats the blunders of a past strewn with and absurd luminiferous aether that pervaded space, “miasmas” that caused diseases, bleedings that cured them, and pyres for burning heretics who insisted the world revolved.