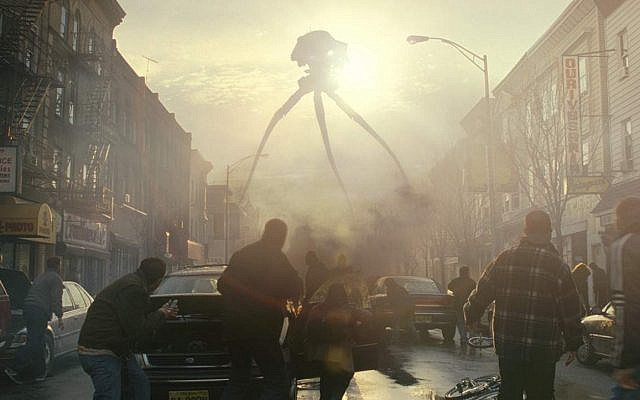 Scene from Steven Spielberg's 'War of the Worlds'

Being retired from the pulpit after 30 years isn’t the most traumatic event that will happen in my life – but it’s significant. When the Executive Committee decided to retire me, friends and family were concerned.

I counseled and taught resiliency for decades. I had to practice what I preached. I had to grow – and while it wasn’t easy, I did.

Having read many essays on “what the pandemic taught me,” I’m heartened at how many people made “lemonade” from the enforced isolation. And, I’m sad for those who “folded their tents” and became embittered or ill because of the loneliness and fear.

There is, however, a third group that did not “learn” from the pandemic. Instead, they used the skills acquired through training, therapy and dealing with the rejections and ordeals one encounters during a life lived.

These skills are elusive, for they require a person to suffer trauma and learn how to get through it in a healthy manner. It is so much easier to deny it, and so many forego the effort necessary, only to experience new pain without the tools to survive the inevitable losses life brings.

You would be surprised at how this is manifest in our lives. One congregant tells me, “Rabbi, I have a great job, a great life, a great wife and great kids. I believe in God. I don’t think I could believe in God if any of them were taken from me.” (This is a quote that I wrote down as a reminder of how theologically ignorant the most sophisticated people can be.) Or, consider the person who loses a parent at an early age and spends the rest of his life being toxic and angry because he never dealt with his first traumatic loss.

Kurt Vonnegut spoke at my college back when. We were entertained, but I didn’t expect him to be profound. He started his talk: “Science fiction and fantasy are non-threatening ways for authors to comment on the present by projecting it into the future.” (This is also a quote – I wrote it down as a reminder of how theologically sophisticated some people can be.)

The genre had always fascinated me, but I had never realized its educational potential. Trolling the literature and movies for educational material, I started asking questions of what I read and saw: What does the God of Star Wars look like? Why does Field of Dreams end in what can only be described as the Messianic future as described by the prophet Malachi? Would I want to live in a world where God not only looks like George Burns but acts like him as well?

I didn’t have the answers but found that every movie directed by Steven Spielberg asks the same questions: “What is evil? Is evil evil? And why?” (Check it out, it’s true.) This allowed us to discuss his views and respond to them.

More importantly, by discussing these questions using film and secular literature we found a safe way to begin the discussion about loss – the first step on the road to resilience and even place God into the discussion.

There is a palpable difference in reaction to loss between a family that has previously discussed these issues and one that has denied them. As the pandemic seems to be winding down, we need to take inventory of the skills acquired and not lose them.

There will be other tragedies that befall our global community. In hospice, we teach that in the face of loss we have the ability to “expand” or “contract” our souls.

Contraction leads to isolation and pain. Expansion does not alleviate the pain but it allows those you love to share it with you – and teaches all the value of resilience.