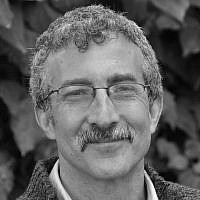 The Blogs
Danny Paller
Apply for a Blog
Please note that the posts on The Blogs are contributed by third parties. The opinions, facts and any media content in them are presented solely by the authors, and neither The Times of Israel nor its partners assume any responsibility for them. Please contact us in case of abuse. In case of abuse,
Report this post. 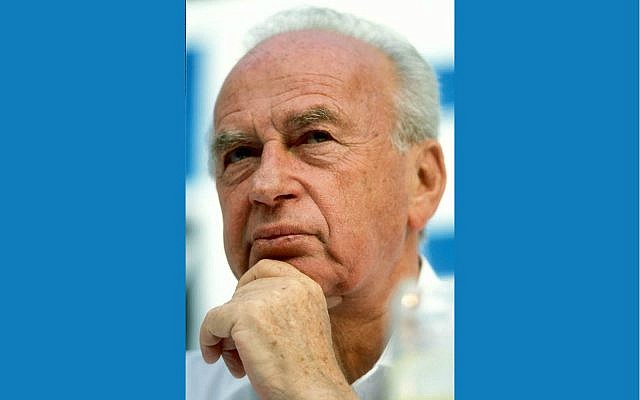 In a fictionalized scene from the new musical drama NOVEMBER, for which I wrote music and co-authored script and lyrics with Myra Noveck, Prime Minister Yitzhak Rabin is taking out his garbage on Rosh Hashana eve, about six weeks before the assassination. He passes his neighbor Shmuel, an elderly Holocaust survivor.

SHMUEL: It’s always good to throw out the garbage before you start a new year.

RABIN: Caught me in the act. On your way to synagogue?

SHMUEL: I’ll pray for you. You know, Yitzhak, when I left the camps I hated the goyim, all of them, even the ones who liberated me. I saw anti-Semites everywhere.

RABIN: Who can blame you?

SHMUEL: I swore then I’d never live anywhere but here. And what can I say? Even though we are strong, it hasn’t made me hate the goyim less.

RABIN: War doesn’t do much for the soul.

SHMUEL: But then you get up in the Knesset and say – I’ll never forget it – the whole world isn’t against us. And I read in the paper that we’ve gone from 91 countries recognizing us to 155.

RABIN: I am very proud of that.

SHMUEL: Well, be proud of this. You’ve taken my hate away. I can see the world again. I can cry about a tsunami in the South Pacific. That’s why I’ll pray for you.

If Rabin had lived, would his vision of peace – which included such collateral as diplomatic normalization and economic growth – have been realized? We will never know.

Here’s what we do know:

We wrote NOVEMBER to explore the nuances of events and personalities around the assassination – such as the fact that Rabin originally opposed holding a pro-peace rally in Tel Aviv for fear that turn-out would be weak, or the fact that Rabin was sure no fellow Jew would kill him, while Yigal Amir was just as sure he himself would be killed during the assassination attempt. We revisit a time of passionate hope and equally passionate fear, when some Israelis saw the process begun at Oslo as the harbinger of a new era and others the death knell of the Jewish state, when significant strides toward peace were punctuated by acts of terror on both sides. (In the musical a young soldier reads a headline of a bus bombing and declares “Extremists think they can kill the peace with terror,” to which her friend’s mother responds “Kill the peace? My dear, they are not killing the peace. It is the peace that is killing us” – a typical repartee for those days.)

A reading of the musical was held in Jerusalem. (The full premiere will be in 2018.) One teenager who attended said it was sobering to see the environment in which the assassination took place – that Yigal Amir was not just a “crazy” with a Beretta M9 handgun, but was emboldened and validated by a thriving sub-culture of incitement, including halachic pronouncements and ritual death sentences. She also said that the musical gave her hope: she, who is of the Generation that Knows Not Yitzhak, had never quite realized before how much progress had been made toward peace and how much genuine support for the process millions of Israelis felt.

And while NOVEMBER raises many questions about polarization and civil discourse, about the challenges of peace and where we go from here, it ultimately shines a spotlight on the figure of Yitzhak Rabin. Rabin was uniquely positioned to move this peace forward. He was widely trusted by the Israeli public. He agonized over the details of peacemaking. He knew to his core the price of Israel’s security. (He regularly telephoned families of fallen soldiers.) For the sake of the future of Israel, he was willing to negotiate and compromise with Yasir Arafat, but never totally to trust him. When Rabin was assassinated, he had come to symbolize the moral necessity of ending our military control over the Palestinian population. In light of what has happened in the subsequent 22 years, it was one of the most successful assassinations of modern history.

Even as we work to bring new musical-theatrical expression to this chapter of Israel’s history, we know that no musical score can drown out the hollow, wrenching sounds of those three shots, which continue to this day to ring in our ears.

Trailer of a new musical – NOVEMBER – on the assassination of Israeli Prime Minister Yitzhak Rabin. Written by Danny…

Posted by NovemberMusical on Sunday, 29 October 2017

Danny Paller is a Jerusalem-based writer, composer, and educator. For more on NOVEMBER visit www.dannypaller.com.

About the Author
Danny Paller is a Jerusalem-based writer, composer, and educator.
Comments
Advertisement