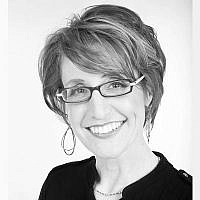 The Blogs
Rachel Dratch
Apply for a Blog
Advertisement
Please note that the posts on The Blogs are contributed by third parties. The opinions, facts and any media content in them are presented solely by the authors, and neither The Times of Israel nor its partners assume any responsibility for them. Please contact us in case of abuse. In case of abuse,
Report this post. 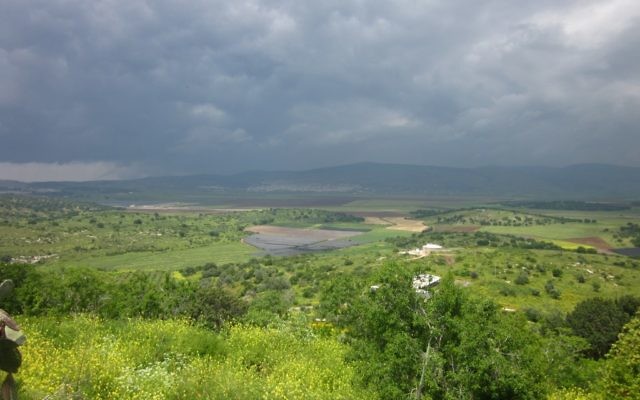 A sweeping view of the Jezreel Valley from ancient Tsippori. (Nili M. Zaharony)

Why now? That’s the question that bothers us as our parsha begins. Moses begs G-d to allow him to enter Israel — even though he has been punished by decree not to enter. Where does Moses find the “holy chutzpah” to ask G-d in this parasha if the Divine really really still means to prevent him from entering Israel with the people? What compels him to check in? To dare to ask?

The key is timing (like my grandmother, a”h, always used to say) and many commentaries note that even the verse points out that Moses asked “ba’eit ha-hi” — “at that specific moment.” What had just happened in that moment?

The kings Sichon and Og had attacked the Children of Israel, who had ended up vanquishing them and their land — and annexing their land into Israel. So… technically, Moshe is right to be confused since, technically, in the course of those battles, it seems that he has already entered Israel, by default.

So let’s assume that Moses did already entered Israel – even so, why does he go out of his way ask now? Why not be happy and keep on walking and hope no one noticed? What exactly is Moses asking, given that it seems like God may have changed His mind?

Fifteenth-century exegete Abravanel explains that Moses was under the impression that he could not lead us into Israel — but that would not keep him from coming along as a private citizen. So perhaps he is simply asking what the plan is, begging in fact, to be allowed to enter as Moses Average Joe, and not as Moshe Rabbenu. But what compels him to dare to ask? What is it about him that pushes him — urgently — to witness this great land?

The key here is in understanding the riddle of ultimate reply of G-d — Moses may SEE the land.

How is seeing the land not a cruel joke? How is that, as the commentator Rashi says, meeting him half-way, and giving him at least a little something? How is seeing what he cannot have enough for him? Isn’t it just a tease?

To understand the gift of sight, we must recall the birth and beginning of Moshe. From the time of his birth, according to the biblical text, he was SEEN as GOOD, both by his mother and later by the daughter of Pharaoh as well. This same baby grows into a man who SEES others who seem to be invisible to the crowd: he SEES an Egyptian hurting his brother, and then he SEES two Jews fighting. In both cases, what he has seen provokes him to act. Later, his call to lead the people begins with his SEEING a burning bush – which itself brings him to wonder, and leads him to discover his mission. For Moses, sight has been the key all along. But why?

We first encounter sight in the Torah during creation, when G-d SEES His creation and notes that it is GOOD. The sight of the creation compels a reaction in G-d, so to speak — G-d is moved to acknowledge good. And this is the key to understanding Moses and his strange interaction with G-d in our parasha.

The element of creation that is presented many times as GOOD? The Land of Israel. Moses, the man of sight, the man on a mission to bring us to Israel, the land that is GOOD, wants to at least SEE it. Why? Because seeing obligates you. You cannot UNsee a thing you have encountered – no matter how much we may wish we could. To see is not only to believe, it is to obligate yourself to react. Moses, whose very presence in the world compelled others to notice good – beginning with his mother — yearns to witness this good as well.

So why does he beg now? Surely, there were opportune moments before this one. He begs now because he has seen the start of the entry into the Land of Israel, and he is compelled to react to what he has seen — the Land of Good. And, well-aware that his prohibition against entering the land came about through a failure of leadership, he hopes to enter the land as just himself, a private person. But in his capacity as the leader of the Children of Israel, he is the model for SEEING GOOD, and that is a role that is impossible to shed.

G-d meets him half-way, however, and permits him to see the land, so that he may react to its goodness.

Today, we live in tumultuous times. Very little seems wholly good. There is so much pain and disappointment and yet — there IS so much good too. We are compelled to act, to react and to treasure the good we have, and see and pursue it.

The haftarah of this Shabbat is one of comfort, telling us of the day when the Children of Israel – the Jewish people — will return to Israel. I cannot help but note the powerful contrast between Moses being told he was not permitted to enter the land in the Torah, and the Navi (the prophet Isaiah) telling the Jews that they – we — will return to the land.

The holy chutzpah to dare to ask, to dream of returning is what has brought us so far with the State of Israel today. Our mission, like Moses, is to search for and demand good — to acknowledge it and yearn for it and create it. Even when we only get to see it from a distance.

About the Author
Rachel Levitt Klein Dratch is a Torah teacher and director of Student Life and Israel Guidance at Beth Tfiloh High School in Baltimore and director of SLED educational consulting. In the summer, Rachel works at Camp Moshava IO, running drama and special programming.Currently working on her doctorate in Jewish Education at Yeshiva University, Rachel holds a masters in Jewish Education from Yeshiva University, has been a Mandel Jerusalem Fellow, gave a popular ELI talk, and has served as a scholar in residence in many communities.
Related Topics
Related Posts
Comments