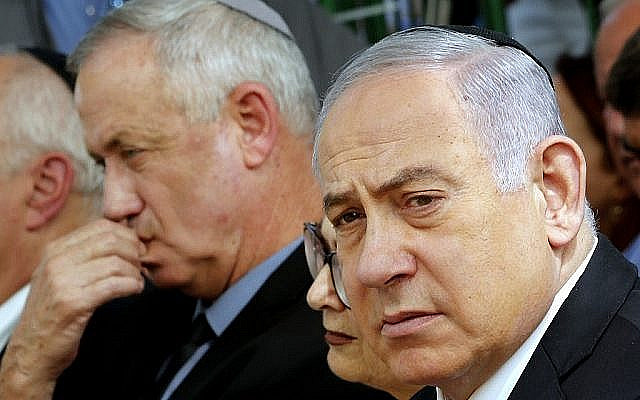 It’s a little hard to keep focused on what is going on and frankly, what is important in this era of global existential crisis. The slight of hand politicians are employing in an attempt to advance agendas contrary to the will of the public (see: abortion policy in the US at the state and national level, gutting environmental protections in the US, use of cellular phone data to track Israelis) is abhorrent. And it’s working to some extent. It’s exhausting to both keep tabs on their moves and also counter them, while also trying to remain calm, healthy, and safe.

Add to that, that here in Israel three times we have gone to the polls. The third time was meant to be the charm, the chance to have ice cream and celebrate the formation of a government in the not so far off future. We still do not have a government, and certainly not one that represents the electorate. This morning it looks like we are even farther away than ever from a government and so much closer to a fourth round of elections.

Instead, we are now locked down in our towns, if not also in our homes, and witnessing, again, the dismal disappointment of our elected leadership unable to lead.

Gantz – you have clearly been played by a savvy and cunning political operative, making you look the fool. Your coalition, on which so many banked on a better type of leadership, has been dismantled, with your help, while it seems perhaps you didn’t even realize what was happening. You have been left nearly powerless and clearly seen by the Israeli public as ineffective as a political leader. You have been rendered irrelevant. Do you even notice?

Netanyahu – is there no limit to your egotistically driven political machinations? Are you so under the control of your wife and her endless desire to live the very best life at the expense of the Israeli public that you cannot back down and retire to a very comfortable life in your mansion in Caesarea? Are you so power hungry that you are no longer able to hear the voice of the public, the most vital element of democracy, that you are rapidly becoming authoritarian? Do you not understand how many people are hungry in our country – hungry! The most basic of human needs are not being met for so many – but you and Sara wish to remain in the official prime minister’s residence.

Rivlin – perhaps it would be best if you continued to sing songs, make humorous videos, and read stories to children on Facebook Live. Those seem to be your leadership strengths and not driving leaders to the negotiation table to ensure a healthy and productive economy – in time of crisis and otherwise.

There are people in our country who are struggling and suffering greatly. We are all living in our own little bubbles – some of which are far nicer and better insulated than those of others. Even in this time of being isolated from the rest of society, we must not disconnect so tragically that the leadership of our country can manipulate and maneuver so brazenly.

Maya Angelou said, “when someone shows you who they are, believe them the first time…stop expecting them to be something other than who they are.” When will we wake up and see these men who are failing to lead our country for who they really are?