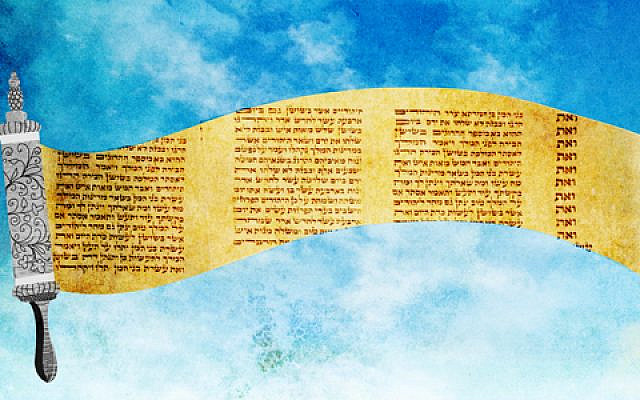 Irena Sendler of Warsaw Poland died on May 12, 2008 at the ripe age of 98. During the Second World War, Irena got permission to work in the Warsaw ghetto as a plumbing and sewer specialist but she had an ulterior motive. Irena smuggled Jewish infants out of the ghetto in the bottom of her toolbox and in a burlap sack, which she kept in her truck, for larger children. Irena kept a dog in the back of her truck that she trained to bark when the Nazi soldiers let her in and out of the ghetto. The soldiers wanted nothing to do with the dog and the barking covered the children’s noises.

Irena managed to smuggle out and save 2500 children and infants.

In the Purim story, after Haman’s edict to annihilate all the Jews in ancient Persia is announced, Mordecai goes to Queen Esther for help. He shows Esther a copy of Haman’s decree and asks Esther to go before King Achashverosh to plead the case of her brethren. Esther tells Mordecai she cannot simply appear before the King unsummoned and that she has not been called to the King’s chambers for 30 days. When Mordecai hears Esther’s hesitancy, he famously responds: If you keep silent at this time, relief and deliverance will come to the Jews from another place…and who knows, perhaps you became royalty for this very moment (Megilat Esther 4:13).

Immediately upon hearing this Esther springs into action. She tells Mordecai to gather the Jews of Shushan to fast on her behalf and executes a plan which ultimately turns the tables in favor of the Jews.

What is it about Mordecai’s statement that motivates Esther to act? By saying “salvation will come from another place” he seems to be letting Esther off the hook. If Mordecai’s goal was to inspire Esther to act, why would he tell her that if she failed to do her part, God would save the Jewish people anyway?

Mordecai was a man of faith. He believed God would never allow the Jewish people to be destroyed but by telling Esther: who knows perhaps you became royalty for this very moment, he was informing her that by embracing her situation she could fulfill the purpose of her becoming Queen.

…who knows, perhaps you became royalty for this very moment, is a phrase that should resonate with each of us. Even if we aren’t Kings or Queens, we are all placed within certain environments and situations and we all have a specific purpose and mission in this world. That mission is different for each of us and we are therefore placed within different circumstances to accomplish that purpose.

The Ramchal (Rabbi Moshe Chaim Luzzato (1707-1746, Padua, Italy) wrote that every person’s life predicament is their challenge. A poor person is challenged to see if he can be satisfied with the little he possesses, and a rich person is tested to see if he becomes indifferent to the plight of the poor. Each of us comes into the world with certain abilities and deficiencies and the life situations in which we find ourselves provide us with the unique opportunities we need to perfect our area of deficiencies and develop our unique potential.

But we must act. Simply being in the situation isn’t enough. To develop ourselves into the people we were meant to be, we must seize the moment and take action. Mordecai was telling Esther: you’ve been elevated to the position of Queen but the spiritual perfection you can realize from this situation will only be realized if you act – if you go before the King and intercede on behalf of your people. Irena Sendler was just a plumber in Warsaw, but she seized upon the opportunity which her unique situation presented.  In doing so, she not only saved countless Jewish lives, but she may have also fulfilled her own Divine purpose and mission in life.

We may find ourselves stuck in some kind of dead-end job but maybe, just maybe, we were supposed to be there, at least for some time, to be challenged in some new way or perhaps to meet someone we otherwise would never have encountered. I have a classmate from law school who hated his first law job except for the opportunity it gave him to meet this new co-worker with whom he was assigned to work. My friend, who was Sabbath observant invited his co-worker to his home for a Shabbat meal. The co-worker, who had never experienced Shabbat, loved the experience and came back for more. The two became friends and began studying Torah together on a regular basis. Within a year, my friend left the firm but eventually his co-worker became Shabbat observant. That’s not why my friend originally took the job, but maybe, just maybe that’s why he was supposed to work there, at least for that period of time. As Mordecai told Esther: who knows, perhaps you became royalty for this very moment.

The lesson of Purim is that there are no coincidences in life. In fact, the root of the word Purim is pur which means lottery – Haman determined the day to annihilate the Jews by drawing from a lottery. Life may often feel like a lottery, things may appear coincidental or as though they are happening by simple chance, but the message of Purim is that everything happens for a reason. Our task is to realize the growth opportunities presented to us and like Esther, seize upon those opportunities to actualize our unique potential.