I first studied this parashah when I was in elementary school and have always loved it.

The drama, the sneaking around the land – it always sounded so exciting!

And then the fight over the truth.

I always loved books and films about spies.   Remember the great  movie: Bridge of Spies. And Russian spies are in the news again – but I’m not going there.

Still, there is something strange about this spy story.  When Moshe/Moses recalls these events later in the Torah in the book of Deuteronomy/Devarim, he retells it slightly differently.

One difference is that the spies in our reading claim that the land is flowing with milk and honey;  in Devarim/Deuteronomy, they describe it simply as “good.”

There are other differences as well.  Let’s focus on the way Moshe, in his retelling of the narrative in Deuteronomy, claims that the people asked him to send the scouts, whereas, in this week’s parashah, the text states that God commanded Moshe to send them.

Given how events unfold – not that well – this difference is striking!  Either God set up this entire experience, perhaps as a test of some kind or the people themselves were fearful of what was to come or the people, planning on their own, simply wanted to do due diligence, asking for scouts to search the land.

Well, the biblical critical method can be helpful.  We know from the book of Second Kings that Deuteronomy was “found” or most likely edited, during the time of King Josiah in the 7th century B.C.E. 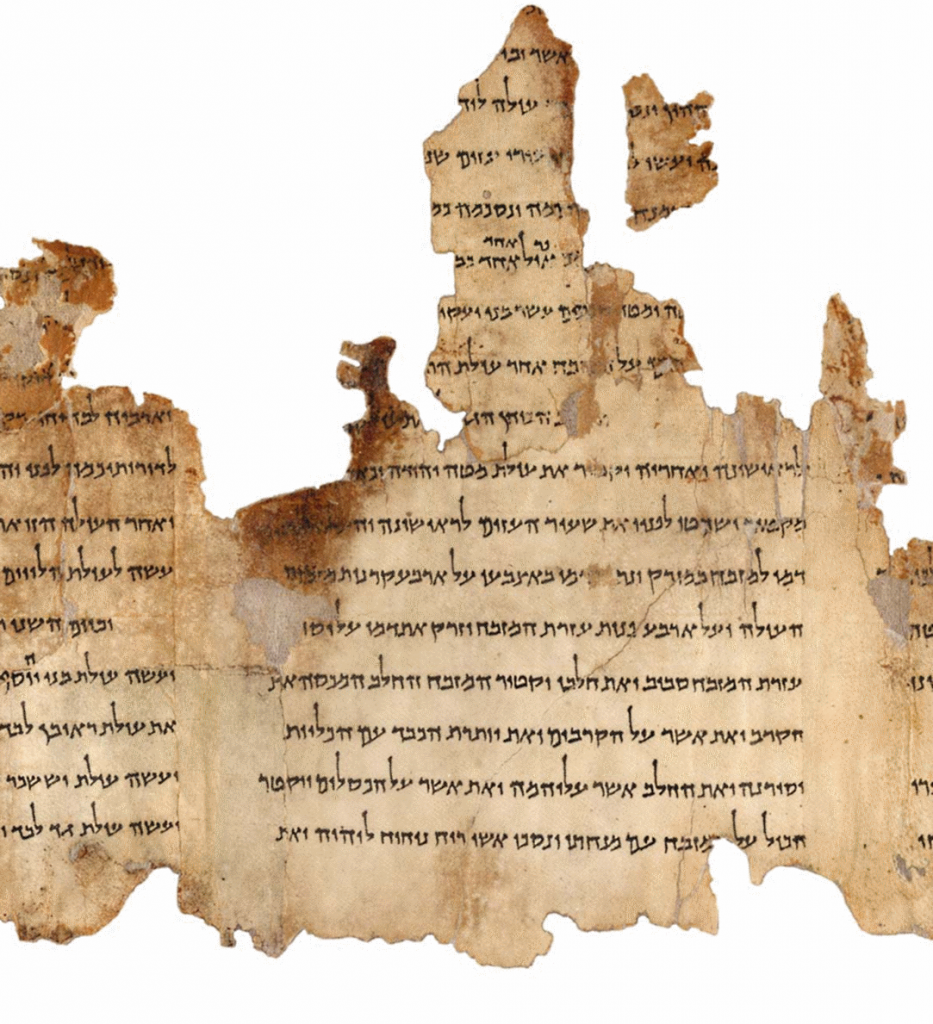 In the interest of full disclosure and with the unintended consequence of sowing confusion, let me also explain that we don’t really know when the book of Numbers, including this morning’s reading, was written.

One cogent theory is that it may actually have been put together later than Deuteronomy – probably in the 5th century B.C.E., but from much older material.

For our purposes today, let us assume that the redactors of Deuteronomy were familiar with the story as we have it in Numbers.

So perhaps, the redactor or later author of Deuteronomy, through making these subtle changes, wanted to place the blame for this incident more squarely on the people than on God.

Or perhaps that later author was telling us something about Moshe.

The frame of the book of Devarim is different from the rest of the Torah, as almost the entire text is Moshe’s final speeches to the Israelites before they – and not he – will enter the Promised Land.

So, this is Moshe at the end of his life reflecting on the journey.  He presents the people, the Israelites, his children, his students with his final thoughts: the values he wishes to impart – the first full Jewish ethical will.

Citing a 19th century rabbi, Dovid Tzvi Hoffman, Nehama Leibowitz, a 20th century commentator, explains some of the differences between these two texts. 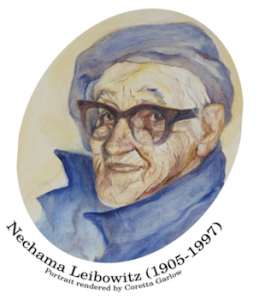 The first account stresses God’s role in the mission. To ensure that the goal be achieved, God orders that the scouts be the acknowledged leaders of Israel.  In addition, this version emphasizes God’s love of the people since God initiates the action.

But in his words of reproof in Deuteronomy, Moshe omits these details so as not to give the people any extenuating excuse for the behaviour of their ancestors.  (Studies in Devarim, p. 20)

We can see Moshe urging the people – his metaphoric children – to acknowledge their mistakes and to do better, highlighting their role in this difficult event.

Ramban, Nachmanides, in the 13th century, taught that, of course, the people wanted to send scouts ahead, that was always the standard practice when bringing a group to a new place.  But Moshe did not stress that element during the actual episode since he wanted them to feel God’s presence in the midst of the mission.

Reflecting on the past, Moshe, as parent/teacher/mentor of the Israelites, realized that he needed to emphasize the people’s role.

They asked for these scouts, got them, and when they listened to their report – which was not all positive, they lost all hope.

As he was going to take leave of the people, Moshe wanted them to remember to take responsibility for their actions and their reactions.

Not something easy to do, but a life-long lesson.

The notion of seeing Moshe as parent, teacher or mentor, I find quite compelling.  He is not always a good parent.  In fact, in last week’s Torah reading, Moshe challenged God saying that he, Moshe, was not responsible for this troublesome people: “Did I give birth to this people?”

Moshe makes lots of mistakes.  He is human, very human – like me or you or any of us.

But we can feel his love, his caring for his people.

As I think about being a mentor, a teacher and a parent, and most especially today, I reflect on my own journey and my desire to do better.

And like Moshe, I, too, want my children and students to take responsibility for their actions and to grow – morally, spiritually, and intellectually.

I want them to discover that our tradition can be a guide to help them make this world more just, more kind, and more whole.

I want them to practice acts of loving kindness and not to exclude each other, but to welcome in everyone – those like them and those who are different. 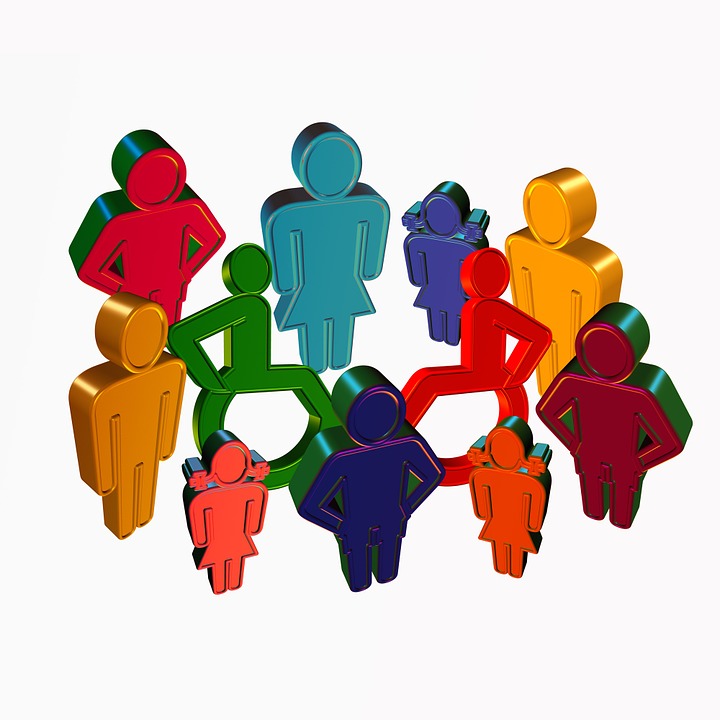 I want them to work on becoming mentshen – good people; not a simple task, mind you, but one that we should all work on each and every day.

And then, like Moshe at the end of the Torah, I realize that we cannot control everything that our children, our students, or our mentees will do.

At the end of the day, they will make their own choices – l’tov u’l’ra – for good and sometimes, not so good.

The great Israeli poet, Yehudai Amichai said it well in his poem: “Yeled Hu Mashehu Aher – A Child Is Something Else:”

A child is something else. He wakes up

After noon and right away full of words

A child is revenge.

A child is a missile [shot] into future generations,

I sent it [off]: I am still trembling from it.

A child is something else: On a rainy day

In spring, to look through the fence of the Garden of Eden,

To kiss in his sleep

And to hear footsteps on wet pine needles.

A child saves [us] from death.

A child, a garden, rain and fate.

My favorite metaphor here compares a child to something we send into the future, like a targeted missile that we cannot continually control.  We have some influence, hopefully for the better.  But as adults, in the end, they will be responsible for their own actions.

And that is how it should be – both wonderful and awesome, and terribly hard and scary.

But when we do teach, parent, or mentor, we actually realize that it is we who are learning, growing, and developing as well.  As the Midrash states: “I gained much knowledge from my teachers, but from my students more than from any of them.”

And all of that brings us back to the opening words of the parashah, when God says that the people should send scouts for themselves – Shelah Lekha.

It’s an unusual formulation – not unlike God’s command to Avram close to the opening of the Torah: Lekh-Lekha – go forth for yourself.

Our rabbis understood that within the external journey to the land of Israel – for both Avram in Genesis and in this episode of the scouts, for Moshe and through him, for the entire people, the journey is not merely geographic.  There is an internal dimension as well.

Similarly, the journey to adulthood is also, and maybe even more so, an internal journey.

A journey into ourselves.

As Rabbi Yael Levy wrote in a beautiful guided meditation this week:

Send forth your self,

Step forward to explore the possibilities that lie ahead.

The unknown awaits you.

New lands to be discovered,

New ways of being that are

As we all go forth into the next stages of our journeys let us, like Moshe, look back on where we have been and how we have had an impact on ourselves, our friends and families, our communities, our nations, and the world as a whole.