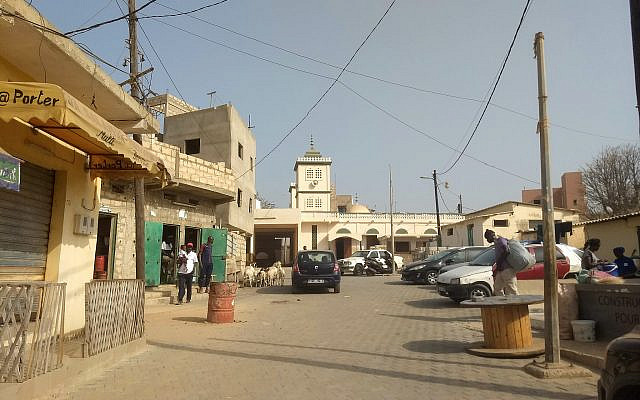 The Ngor Mosque, where the community elders gather and have a tribal court. (Courtesy of author)

This week’s Torah portion, Parshat Yitro is perhaps the most significant portion in the entire Torah, because it contains the story of the giving of the Torah and the Ten Commandments at Mt. Sinai. The parsha, however, not begin with the Ten Commandments. Instead, it begins by telling the story of Yitro, Moses’ father-in-law who pays Moses a visit and gives him his counsel.

Yitro sees that Moses spends all day judging the people of Israel. He is confused and asks Moses, “What are you doing? Why are you sitting by yourself and the entire nation is standing waiting for you from the morning until the night?” (Exodus 18:14). He proceeds to explain to Moses how to set up an efficient system of justice, with a hierarchical division of judges who can adjudicate cases on Moses’ behalf. Only after learning about how to establish this system of judges do we begin to hear about the giving of the Torah at Mt. Sinai.

The Biblical commentators were confused by the juxtaposition of these two stories. Rashi and others went so far as to claim that in fact the story of Yitro’s advice happened much later in the Bible and for various reasons the Torah placed the story here, before the giving of the Torah, even though these two stories are not connected.

Rabbi Yizchak Arama, a fascinating 16th century Spanish rabbi, took a different approach. He believed that Yitro’s advice to establish a robust court system was a necessary precursor for the Torah to be given. He explained that until this point Moses believed that Jewish law would almost entirely be composed of ritual law, such as the laws of Shabbat and Pesach, laws that were already given to the People of Israel. The People of Israel already understood these laws, but Moses’ wisdom was needed to solve all types of civil laws and disputes between people. Yitro, however, understood that the Torah would provide a new set of laws, one that would combine civil and ritual law. He understood that in the Torah there would be no separation between religion and state. Furthermore, he realized that a new, more comprehensive legal system was required in order to deal with the new set of laws that the Jewish people were about to receive. The establishment of the new legal system was therefore the foundation for the receiving of the Torah, a Torah that would provide an expansive set of rules that would cover all realms of life, including ritual, devotional law, as well as civil law.

Many great Torah scholars have noted that one of the greatest tragedies of Jewish history is that its most developed set of laws, namely civil laws which constitute a large part of the Talmud, do not have a larger impact upon the wider world. I think about this frequently, especially surrounding conversations in Israel about the separation of religion and state. This is one of the most contentious issues in Israeli society today, as evidenced by how frequently it becomes the source of political fighting and rallying in the lead-up to elections. The question is, should Israel enact a legal system that is based on the Torah, which clearly sees itself as having laws that are relevant to all parts of life? Or should there be a separation of religious and state law, with a secular court system that is not related to the Jewish religious tradition?

In more recent reflections on this question, I was reminded of a unique neighborhood near my house in Dakar, Senegal. Ngor village a quiet neighborhood not far from the ocean, used to be a small fishing village that was separate from the rest of Dakar. As the city expanded, it surrounded the village of Ngor and to and outsider it is hard to differentiate Ngor from the rest of the city. I live in the expanded part of the Ngor neighborhood across the street from the village. There still are some unique components to life in Ngor village. The residents of Ngor are all the descendants of four different local fishing families. Everyone in Ngor is related to each other in some way. This is particularly evident in how people in the village share responsibility for the raising of children. Additionally, and even more unique to Ngor, is that the village has its own legal system. The police and the local Dakar legal system do not have full jurisdiction in Ngor. If somebody from the village commits a crime they are not brough to the police, rather they are brought before a local tribunal of village elders who sit outside of the main town mosque to judge them. 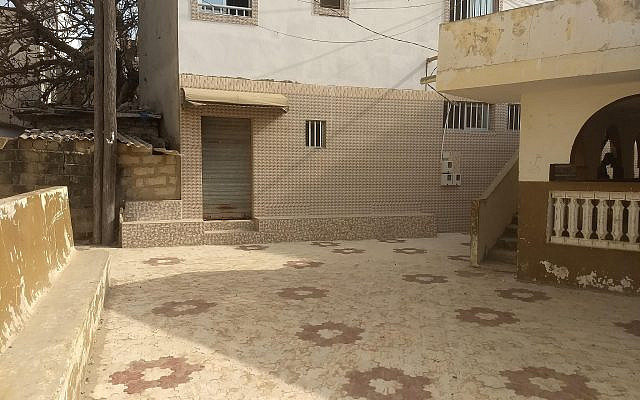 The area outside of the mosque where the community elders meet to hold trials. (Courtesy of author)

There is something quite spectacular and even beautiful in this system. All trials here are trials by peers. The judges, who know everyone in their community, are respected by everyone and they are responsible for passing judgement on people that they know personally. They also preside over a legal system that is informed by their religious traditions and history, as well as their presumable wisdom and experience.

While in some ways this system is quite remarkable, I also find it concerning. Having a system of law that is separate from checks and balances and from the government can be an invitation for abuse and injustice. However, I have another question: How do they deal with people who are not part of their community? Ngor used to be a small fishing village. Now it is part of the urban sprawl of Dakar. When somebody not from the village is put on trial there, do they give them a fair trial? Can they even be expected to judge an outsider fairly, especially when they do not hold their same values as the Ngor community? 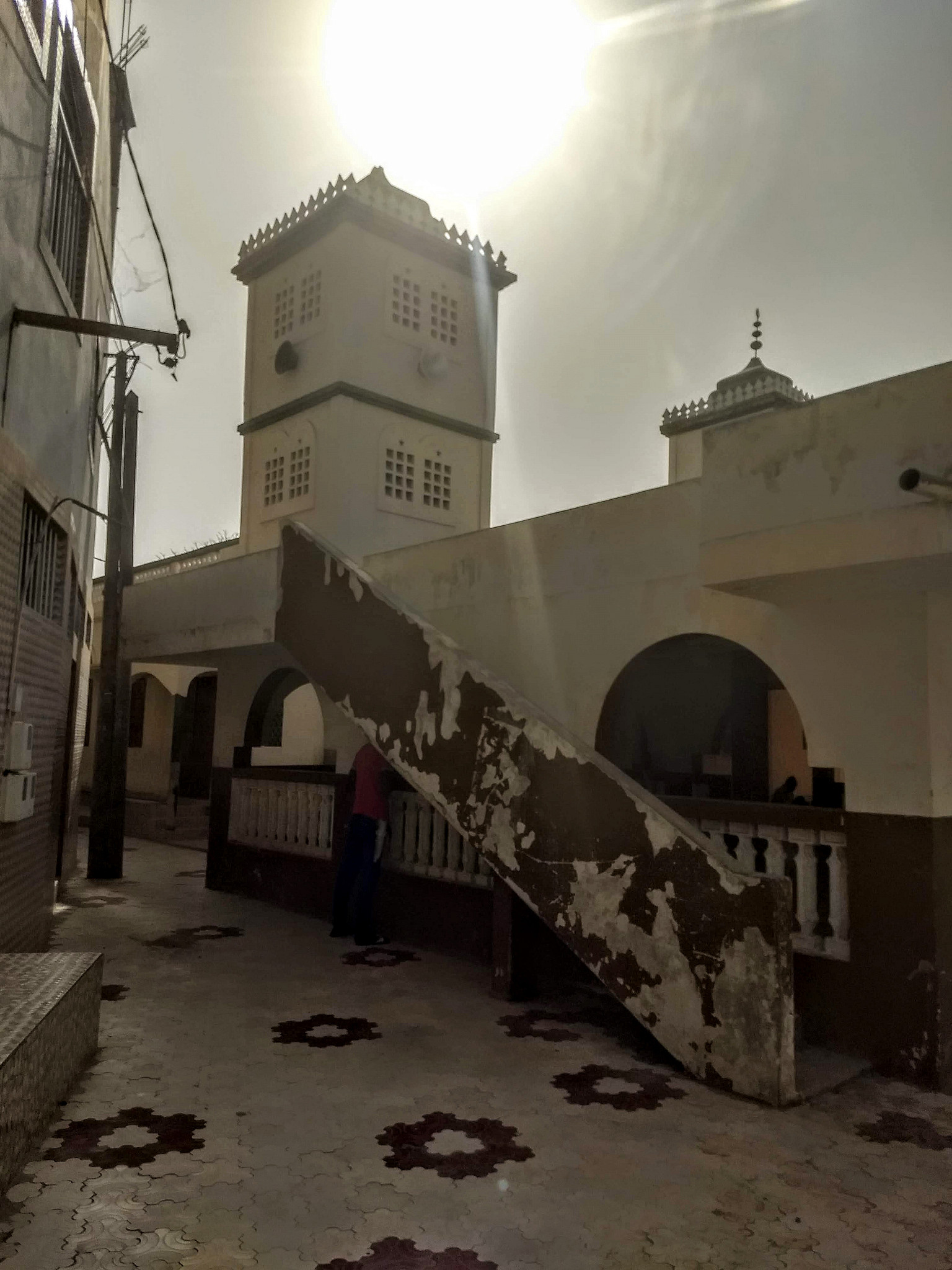 Another view of the Ngor Mosque (courtesy of author)

I also find myself wondering about the Torah’s version of a judicial system. I assume that the Torah’s legal system worked well in the time of the Bible and a similar system can function properly in a smaller community, like in Ngor. A justice system that combines religious and civil values may work well when everyone is part of the same community and maintains the same values. Perhaps it stops functioning as well on a larger scale, especially when it is responsible for people who do not share the same values and are not part of the same community.

In his comments on the Shulchan Aruch, Rav Yechezkel Landau, the leader of the Prague Jewish community throughout much of the 18th century provides an interesting insight that may help us think about this question. Rabbi Landau was one of the most prominent European rabbis at a time when secularization was beginning in Europe. Jews, who had until that point always been religious, were now no longer as punctilious in their observance, and he addressed many questions regarding the secularization of religious society.

Rabbi Landau noted that while the Torah generally commands people to prevent other Jews from violating the laws of the Torah, there is no obligation to prevent people from violating these laws if they are no longer observant and part of the religious community (see Dagul Mervava on the Shach Y.D. 151:6). In other words, while the Torah contains values that can and should be appreciated by all people, they need not be enforced on people who are not living a Torah observant lifestyle. I think that this can and should be a model for our lives as well. Religious Jews should create communities that are dictated by the rules of the Torah, in the model of Yitro’s advice to Moses. However, I do not think we should enforce these laws upon people who are not part of our community and do not live by these same set of laws. Doing this is not fair to them, and is also not what the Torah expects of us.