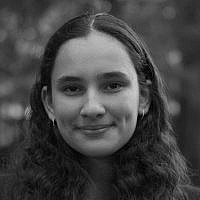 The Blogs
Natalie Arbatman
Apply for a Blog
Advertisement
Please note that the posts on The Blogs are contributed by third parties. The opinions, facts and any media content in them are presented solely by the authors, and neither The Times of Israel nor its partners assume any responsibility for them. Please contact us in case of abuse. In case of abuse,
Report this post. 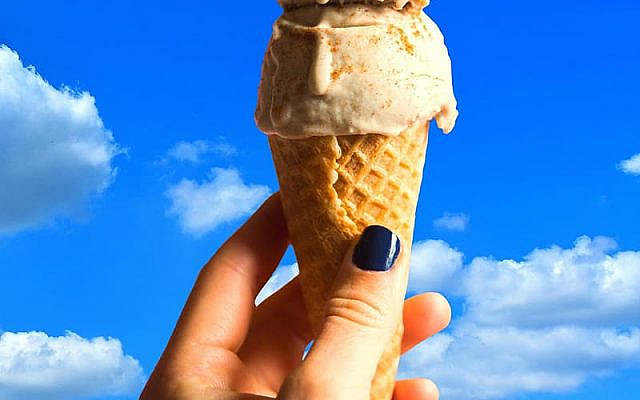 To satiate a loud and powerful voice in Western politics, Ben and Jerry’s has decided to sacrifice the Jewish people. (Pixabay)

The mob is hungry. The solution? Ice cream. To satiate a loud and powerful voice in Western politics, Ben and Jerry’s has decided to sacrifice the Jewish people.

As a result of antisemitic pressures from the media, international political organizations, and groups calling for the boycott of Israel, Ben and Jerry’s Ice Cream has discontinued the sale of ice cream in several Israeli cities in the name of anti-colonialism. Colorado last Friday became the seventh state to punish Ben and Jerry’s for their decision, with Colorado’s Public Employees’ Retirement Association voting to begin a procedure to divest its holdings from Unilever, Ben and Jerry’s parent company.

In a statement, the Vermont-based company declared that “We believe it is inconsistent with our values for Ben & Jerry’s ice cream to be sold in the Occupied Palestinian Territory (OPT).”

As of December 2021, Ben and Jerry’s terminated a license it has had with a local Israeli franchise since 1987, ending the sale of its ice cream in grocery stores in Judea, Samaria, and East Jerusalem.

The push for Ben and Jerry’s to do this comes from the voice of a “progressive” mob and its cohorts, namely the Boycott, Divest, and Sanction (BDS) movement. BDS, bolstered by this public mob, has dedicated itself to a distinct form of antisemitism that presents itself as anti-Zionism and anti-Israel sentiment.

The narrative painted by the mob is that Israel is an all-too-powerful colonial nation-state that subjects its Palestinian-Arab population to cruel torture and engages in apartheid. These claims are baseless, but that doesn’t matter to the mob. The mob isn’t interested in holding Israel up to the Rome Statute to discern these claims of apartheid, illegal occupation, and segregation. As long as it’s tearing down a strong Jewish national identity and accomplishing its goals of turning the West against the state of Israel, it can make any claim it wants.

An oppressive state like Israel shouldn’t be allowed to exist, says the mob, and neither should the Jews that support such a state. In order to truly destroy Israel “from the river to the sea”, a movement of economic boycott has taken hold of anti-Israel activists.

This movement has pressured organizations such that, a once controversy-free and apolitical Ben and Jerry’s has decided it would take a stance on the Jewish state and stop the sale of its ice cream in areas constituent to Israeli governance.

Ben and Jerry’s has pulled out of the “Occupied West Bank and East Jerusalem,” where over  600,000 Jews live in about 140 settlements, writing in their statement that they “hear and recognize the concerns shared with us by our fans and trusted partners.”

This frightening development showcases several trends that are permeating through a mob-yielding world. This should make every Jew, and non-Jew for that matter, who claims to value truth and dignity concerned.

The first of these trends is the willingness of corporations to throw the Jews, most of whom are Zionists, under the bus for their own corporate bottom line. This choice by Ben and Jerry’s was one that would certainly increase their popularity among progressive youth and would no doubt garner attention from the progressive media. According to Google Trends, on the day of the announcement, people’s interest in the company online jumped from 32 to 100, with a value of 100 representing peak popularity. Although the decision-makers at Ben and Jerry’s are likely not raging antisemites, the mob has successfully trivialized Jewish life and peoplehood to such an extent that corporations like Ben and Jerry’s don’t think twice about vilifying the only Jewish state and ignoring Jewish people.

The second trend is one that resists all logic in order to uphold some nonexistent moral standard that is put forth by the mob. Civil control of Arabs in Areas A and B of Judea and Samaria lies entirely in the hands of the Palestinian Authority, an entity completely separate from the Israeli government, so whatever injustices they face, are a result of Arab leadership, not Israeli. Moreover, moving the corporation’s dealings out of Judea and Samaria serves only to harm the 2.8 million Palestinians living there who will inevitably lose work.

“The past has proven that the citizens of Israel are never the only ones who suffer from such boycotts as these significantly harm Palestinians as well,” Israel’s Ambassador to the United Nations and the United States, Gilad Erdan wrote.

But these basic facts don’t matter to a corporation whose actions are dictated by the mob.

Finally, this decision shows the deep and unwarranted bias held by the boycott movement and that has been adopted by organizations that claim to value human rights. This bias singles out, exclusively, the Jewish state because it’s been made popular, not because it deserves to be maligned or boycotted.

Why does Ben and Jerry’s parent company, Unilever, continue its operations out of Crimea, which Russia is illegally occupying? Or out of Northern Cyprus that is illegally occupied by Turkey? Or out of Syria who has committed some of the worst human rights abuses? Or out of Qing yang, China where Uighur Muslims are brutally tortured?

The answer is that Ben and Jerry’s and Unilever don’t answer to a sense of genuine morality, they answer to an antisemitic mob whose goal is the erasure of Jewish self-determination and peoplehood, not the protection of human rights.

Each of these trends exposes a dangerous fallacy in the workings of this mob and will inevitably lead to the persecution of the Jewish people, not only in Israel but in America and throughout the West, where Jews are already under attack for their Zionism. A movement that can not only ignore the plight of the Jewish people but that will readily subject the Jewish people and their only state to cruelty in order to pursue its superficial goals of capital gain, will alienate the Jews in their own nations once more.

I leave you with this: we are only the first. A mob that can ignore all reason, that holds biases, and that is powerful enough to sway a corporation as far-reaching as Ben and Jerry’s will not stop with the Jews. We are but a canary in the coal mine. To non-Jews: YOU, your people, your family could be next. There is no logic or consistency to this mentality, so watch out. Unless you want your people stomped on in a couple of years, I suggest you stand up for the Jewish people and you stand up against this dangerous progressive mob. They will come for you next because if history has taught us anything it’s that the “revolutionary” mobs always come for their own.

About the Author
Natalie Arbatman is the daughter of Soviet Jews and a current senior at Mountain View High School in California, allowing her a unique perspective on modern American antisemitism. She is a proud Jew and Zionist who works to defend Israel online and on her high school campus. She is a fellow for Club Z.
Related Topics
Related Posts
Comments