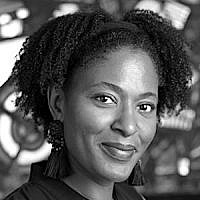 The Blogs
Stacey Aviva Flint
Apply for a Blog
Please note that the posts on The Blogs are contributed by third parties. The opinions, facts and any media content in them are presented solely by the authors, and neither The Times of Israel nor its partners assume any responsibility for them. Please contact us in case of abuse. In case of abuse,
Report this post.

The last few years feel like America has been pulled through a time warp into the history books, or some black and white newsreels of the 19th century.  Conversations in Black, Brown, and ethnic communities express fears not of what might happen, but of hateful actions that are occurring make us doubt our lives matter. Meanwhile, Anti-Semitism, once thought to be anemic in America, is a daily headline, causing Jews to question if their “white identity cards” are still valid or ever truly existed.  As a Jew of Color, I am involved in these conversations, but rarely at the same table. Jews of Color stand at the crossroads of two (and sometimes several) communities. Often this complexity is ignored; we are expected to renounce one identity and engage in only one conversation at a time. Must we bifurcate our identities, choosing only one, thus denying ourselves full expression? Rabbi Elchanan Shoff provides hope, “As long as people control our sense of what is possible, and what should be, and who we are destined to be, we are doomed to capitulate to them, but we need not to be.” So the question remains, who told us we have to go to different tables to discuss racism and anti-Semitism? Perhaps the observation from African American author James Baldwin at a time when Jews were grappling with Black Anti-Semitism, and Blacks with Jewish racism is still relevant, “A genuinely candid confrontation between Negroes and American Jews would certainly prove of inestimable value. But the aspirations of the country are wretchedly middle-class and the middle class can never afford candor.”  There exists a unique opportunity for kaynut or candor within our Jewish community, of which Jews of Color are a growing minority.

American Jews are often depicted as only White. However, recent studies find 20% of American Jews identify as people of color, including -Africans/African Americans/ Latino/Asian, etc. How do we deal with the polarization of our times that ignore our intersecting identities and issues? To affect the polarizations of our time, we must begin first within our own Jewish communities. An African proverb says, “In the moment of crisis the wise build bridges and the foolish build dams.” The best bridges or connections come through storytelling.  To be honest, this generation has forgotten how to tell stories, and how to grapple with the candor it requires to listen to them. Only recently am I hearing honest sharing about how a desire to erase all ethnic, cultural and religious traits, which may identify Jewishness and somehow scream un-American/nonwhite has left psychological scars. Nevertheless, hearing these stories bond souls. These kinds of vulnerable souls can hear clearly when a Jew of Color expresses they are heartbroken on multiple fronts as racism returns to its vocal and at times legally protected boldness in America, only to find loneliness, suspicion, and outright­­ racism within our own Jewish community.

The best places for these conversations are not Federations, academia, or even synagogues, but in each other’s homes around the Shabbat table. The Shabbat table is where Jewish souls connect on a deeper level. This is where our families’ stories can be shared which all contain the threads of searching for freedom, dignity, connection to G-d and community. This is where we can see and hear one another, and confront our fears on our mutually precarious place in American society. I look to one of my mentors, Rabbi Robert Marks and his work on Jews as an interstitial people; “interstitially characterizes the role of people situated between two or more segments of society, to be interstitial is the stand between the boundaries.”

As a Jew of Color, I accept this interstitial role.  Hopefully, as a beloved member of both groups I can be sensitive to the needs yet challenge both, internally and externally. As a Black woman, I see it my duty to be in the conversations to challenge narratives of Blacks are dangerous. As a Jew, I do not have to carry the burden of defending the policies of the Israeli government or some illusion of Jewish domination. As a Jewish people, we have never shied from facing the worst in ourselves or in the world around us. Let us open up our tables to Jews who look different from ourselves, set the table with kaynut/candor and Machlochet L’Shem Shamayim. Tikkun can happen when we are willing to discuss these issues as a one people sharing the same table.

Please note the direct quote from Mr. James Baldwin the term “Negro” was appropriate in that era.

About the Author
Stacey Aviva Flint is a Jew of Color, urban planner, and s Jewish communal professional. Stacey is originally from Cincinnati, Ohio where she attended the University of Cincinnati earning a B.A. in Political Science and a Certificate in Judaic Studies. Stacey took some time to study abroad in Nairobi Kenya and upon moving to Chicago obtained a master’s degree in Urban Planning and Public Policy from University of Illinois – Chicago (UIC). Stacey was among the inaugural cohort of Spertus/Northwestern's Certificate in Jewish Leadership. Stacey is currently Outreach and Engagement Coordinator and member at West Suburban Temple Har Zion in River Forest, Illinois. Stacey is passionate about raising a multicultural Jewish family, and Jewish/African American relationship building. Stacey and is a member of the Jewish Black Business Alliance, American Jewish Committee, Chicago Federation Jewish Community Relations Council, and the Jewish Council on Urban Affairs.
Related Topics
Related Posts
Comments