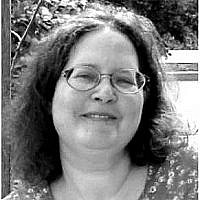 The Blogs
Stacy Herlihy
Apply for a Blog
Advertisement
Please note that the posts on The Blogs are contributed by third parties. The opinions, facts and any media content in them are presented solely by the authors, and neither The Times of Israel nor its partners assume any responsibility for them. Please contact us in case of abuse. In case of abuse,
Report this post.

I am a Reform Jew. This means that I wear my Judaism lightly, like a small heirloom pin. I am not into many Jewish rituals. My husband is not Jewish. But if you ask me who I am, well that’s who I am. I am Jewish. It’s like being Irish or Italian. It’s a culture I understand and identify with. It’s the culture of my ancestors and all of my relatives. When I pray, I pray in Hebrew.

When I think about where I would like to live other than the United States, that place is Israel. Israel has, alas been in the news a lot lately. When I look through my Facebook feed, I often see a lot of criticism of Israel. I think Israel can be legitimately criticized. You can tell me you dislike Netanyahu and the Haredim. But, unfortunately, some people seem unable to understand how to do this. If you want me to listen to your thoughts on Israel, don’t do the following:

1) Compare Israelis to the Nazis

This is a biggie. Maybe the biggest one of all. Israel is not Nazi Germany. Gaza is not the Warsaw Ghetto. The West Bank is not Vichy France. German Jews were not firing missiles into downtown Berlin or getting their kids to blow up German civilians in Munich pizza parlors. Polish Jews didn’t want Poles to leave Poland completely. French Jews did not read, teach or promote vile views of the average Frenchman.

This is the quickest way in the world you can get most Jews to completely ignore you. They’ll also put you in the lunatic with an agenda file. This kind of comparison only serves to harden attitudes on both sides. It helps convince Jews like me that most criticism of Israel is motivated not by genuine desire to seek peace but plain, boring and contemptuous anti-Semitism.

I wish I were making this one up but I am not. As Deborah E. Lipstadt points out in a recent New York Times article, “A Hamas spokesman recently stood by his statement that Jews used the blood of non-Jewish children for their matzos.” Um, no. Jewish cuisine is actually pretty interesting. It’s more than just chicken soup and stale crackers. But there are no children involved in baking our foodstuffs. Don’t repeat this kind of nonsense because you look batshit crazy.

3) Pretend the Covenant of Hamas Does Not Exist

The Covenant of Hamas is a rather awful document. It has been widely translated and is freely available in English and many other languages. The thing reads like something concocted by a drunk member of the KKK. Jews are accused of everything from the French Revolution to founding the Rotary Club. It’s also a deeply anti-Semitic screed with parts that are taken directly from the Protocols of the Elders of Zion. It has never been disavowed by most Palestinian leaders.

“I think the only hope for peace is the BDS movement and similar efforts. It worked, eventually, in South Africa and the situation in Gaza/West Bank is very similar. The world may need to totally isolate the country of Israel and send their economy to the verge of bankruptcy to force them to give up their colonialist aspirations over the Palestinians land – because that drive is so deeply rooted in their culture and psyche.”

Suggesting that one needs to bankrupt many of the world’s Jews because their overall culture is based on stealing land is again not the way to get the world to listen to your thoughts.

Listen up, Germans. I have nothing against contemporary Germans. I’ve met many Germans. They were, every last one of them, very good people. My youngest daughter’s name is of German origin. I frequently use the German pronunciation because I think it sounds better.

But you guys don’t get to criticize Israelis for at least another fifty years. Maybe not ever. Anne Frank hasn’t even been dead a hundred years. There are still people alive with holocaust tattoos on their arms and people who lost close relatives just because those relatives were Jewish. When your grandparents tried very hard to kill every last living Jew on the planet, you need to wait at least a century before you get to tell Jews where to live.

Zionism is no more racist than any other form of identity politics. A small place that gives Jews preference in immigration matters is hardly the worst ideology in the world. If you don’t want me to support such a belief, then stop making excuses for anti-Semitism. Because my instinct is when you to do is to support Israel even more.

This is not the moral issue of our time. It’s not even the worst current conflict in the Middle East. That probably belongs to the crazies of the ISIS. You could take Israel out of the ME five seconds from now. You would still have sexist theocracies like Iran and Saudi Arabia, deeply dysfunctional places like Syria and monarchies like Jordan. And that’s just the ME. That still doesn’t address way worse places and conflicts like the widespread starvation policies in North Korea, the oppression of the Junta in Myanmar, the conflict in the Democratic Republic of the Congo or any one of dozens of other present world disputes.

Like most Jews and Israelis, I am in favor of a two state solution. I think the Palestinians have a point. I don’t want to see Palestinian children harmed. But the world needs to remember that there’s a Jewish street as well as an Islamic one. You aren’t going to get people like myself on your side by insulting our morals, intelligence and deepest human ties.

About the Author
Stacy Herlihy is the co-author of Your Baby's Best Shot: Why Vaccines are Safe and Save Lives (Roman & Littlefield 2012, paperback 2015). When not attempting to convince people that a shot or two is better than hearing loss, she has written for publications such as the Newark Star Ledger and USA Today. In her spare time, she raises daughters and domestic mush cats.
Related Topics
Related Posts
Comments