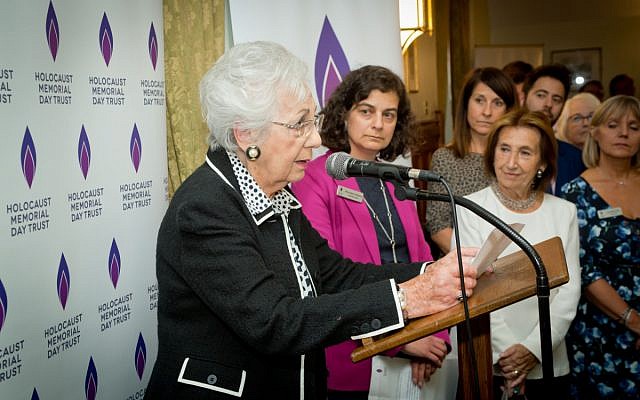 Survivor of the Holocaust, Helen Aronson, speaks at the HMD 2019 reception (Credit HMDT - Via Jewish News)

‘It is vital that we do everything in our power to ensure that these things never happen again, anywhere in the world.’

This comment was made by Helen Aronson, a survivor of the Holocaust. I have had the privilege to work with Helen – a remarkable woman. She feels compelled to share her traumatic experiences in order to let people today – adults and young people – know what happened in the Holocaust. She does so for several reasons: to educate young people about where prejudice and hostility can ultimately lead; to highlight a period of recent history that shook the foundations of civilisation; to warn against the dangers of Holocaust distortion or outright denial – and to urge the world that it should not be repeated.

As Primo Levi said, ‘It happened; therefore it can happen again.’

The Holocaust prompted a new system of international justice and the coining of a new word: genocide. At the Nuremberg Trials, the Allied governments (the USA, Britain, Russia and France) took steps to institute a collaborative system of justice, operating across national borders. This led to the prosecution of Nazi perpetrators for crimes committed against their own citizens and in their own country, as well as their crimes against people in countries the Nazis invaded. The Holocaust changed the world’s thinking about international situations, and national responsibilities to others experiencing state-sponsored persecution.

Forged in the aftermath of the Holocaust and the Nuremberg Trials, the UN Genocide Convention set a legal definition of genocide, and obligated signatory nations to prevent and punish actions of genocide, both in war and in peacetime. Today marks the 70th anniversary of the adoption of the Genocide Convention – a major landmark which prompts us both to reflect and look to the future.

‘My family were evacuated… The train was packed like sardines… altogether 3,000 of us in one train. And it took three days… that was a nightmare in itself. People died on the train, and they wouldn’t stop for us to bury the dead.’

When you read this, do you think of a deportation to a concentration camp during the Holocaust? The agonising journey forced upon millions of people who were wrenched from their homes and taken to unknown destinations.

In fact, it was shared with us by Var Ashe Houston, a survivor of the Genocide in Cambodia, who, along with her family, was forced from her home by the Khmer Rouge. 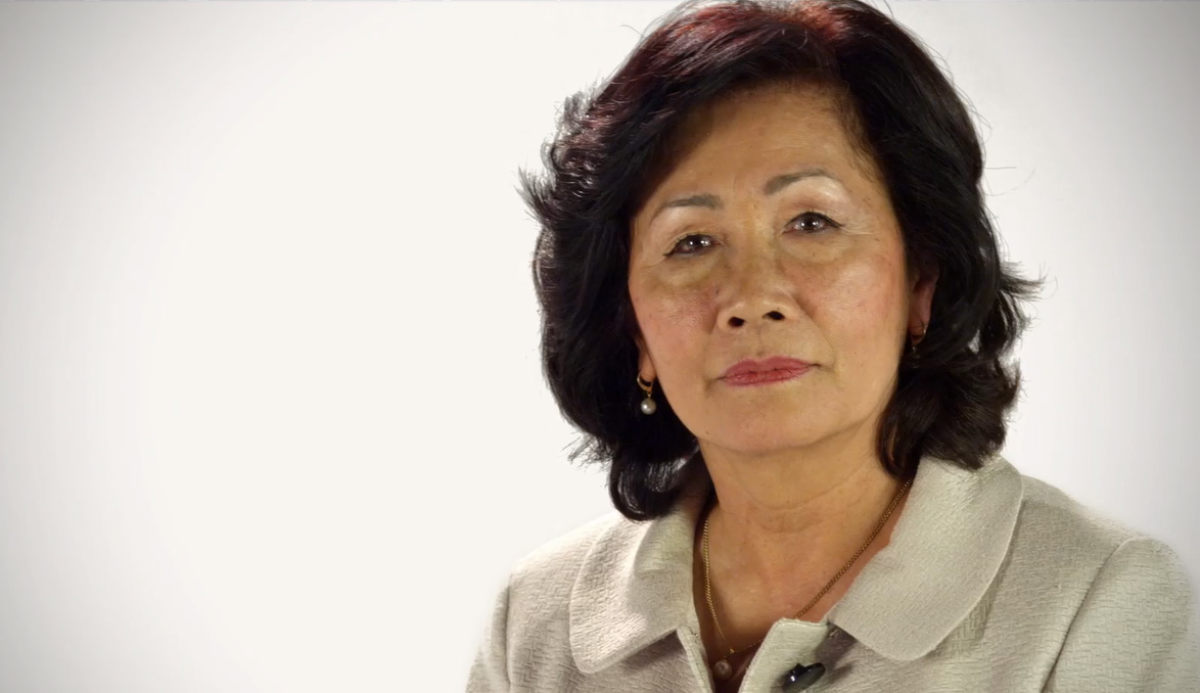 Despite the Holocaust, despite the Genocide Convention, and despite Helen’s words you read above, genocides have taken place again and again: Cambodia in the 1970s, Rwanda in 1994, Bosnia in 1995, and Darfur from 2003.

The Genocide Convention defines the problem, shapes our understanding of international situations and highlights our responsibilities towards them. It is a wonderful example of international collaborative work at the highest levels.

Yet its problematic definition of ‘genocide’ sets a high bar and creates a deeply unseemly and distressing ‘hierarchy of suffering’ today.

In many cases, those who have experienced persecution struggle to have their situation assessed as ‘genocide’, hoping to prompt international action – which may be lacking as much from political, as linguistic, reasons. 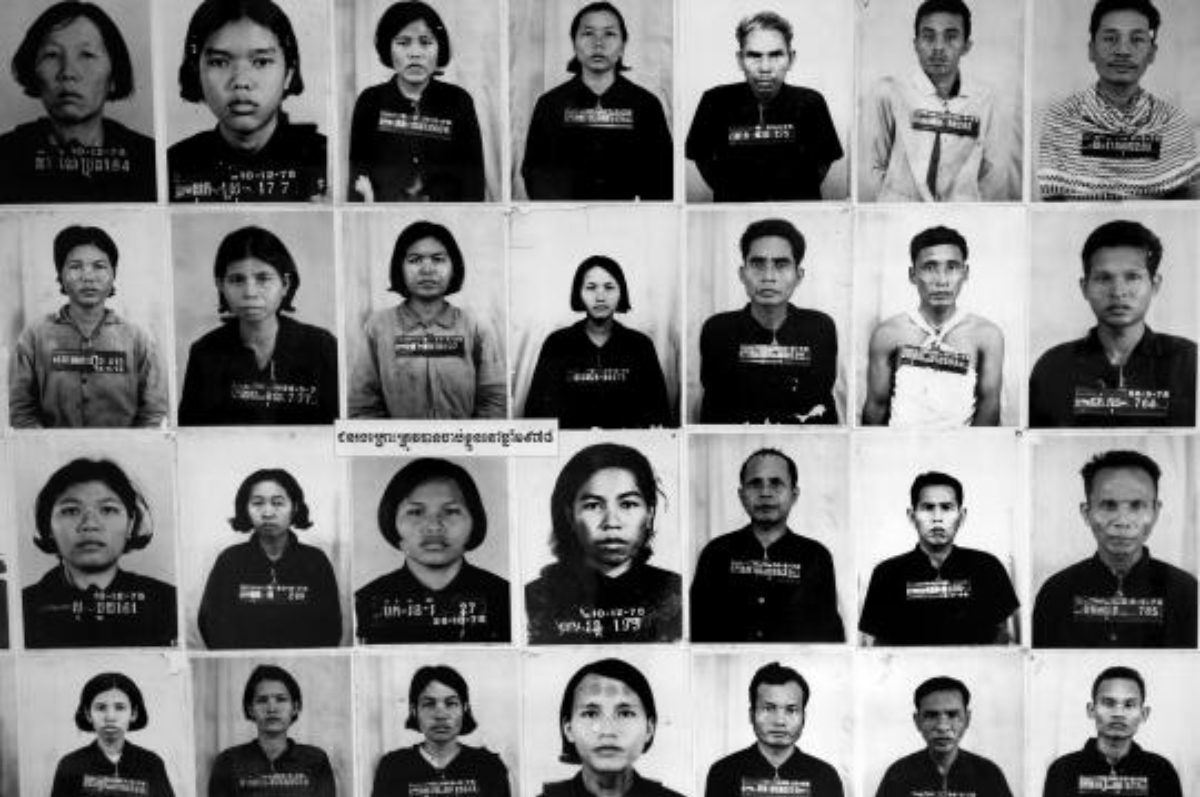 Rohingya refugees from Myanmar, torn from their homes and persecuted because of their beliefs, may one day see a verdict of ‘genocide’, but we should not forget that today, right now, they are in limbo – and suffering deeply.

Sunday 9 December is the 70th anniversary of the adoption of the Genocide Convention, and UN Genocide Prevention Day.

I’m glad to say that the way Holocaust Memorial Day is marked in the UK has ensured that recent genocides are commemorated each year. 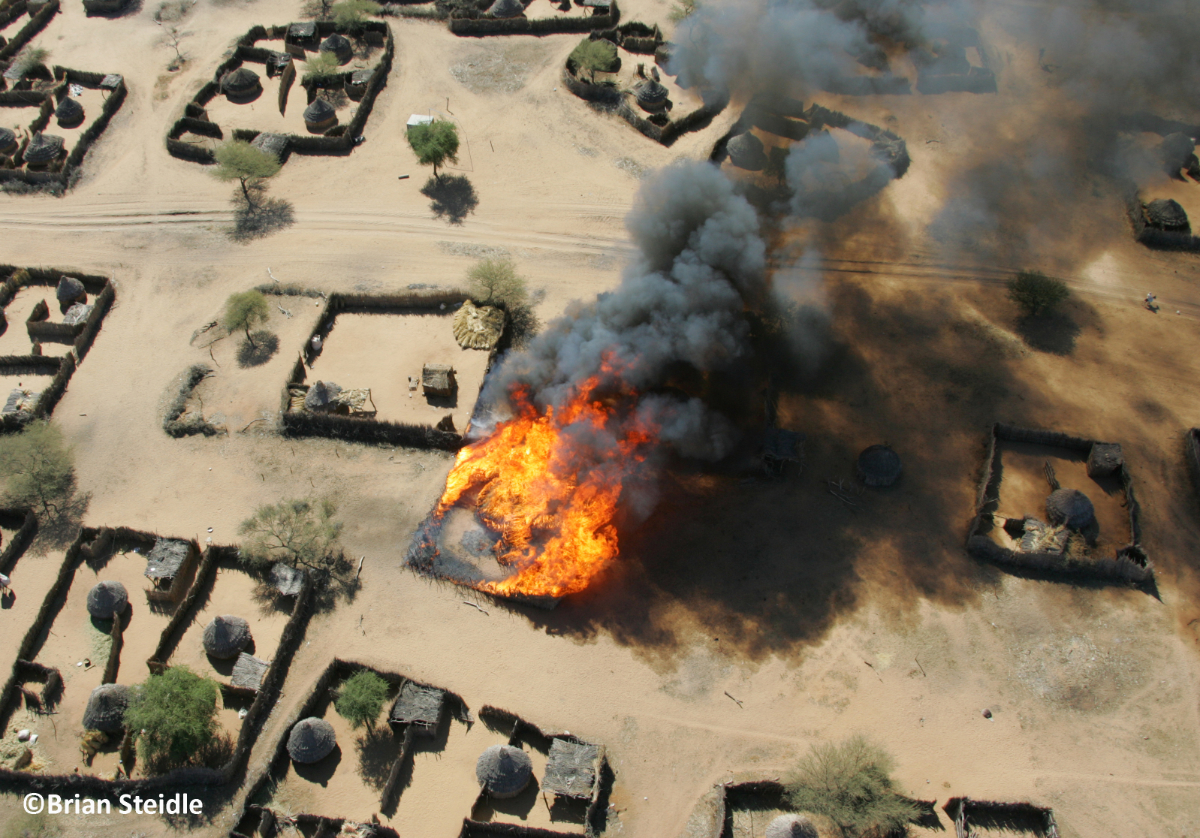 Alongside reflection and education about the Holocaust, the hundreds of thousands of people who mark HMD are able to learn about the Genocides in Cambodia, Rwanda, Bosnia and Darfur.

They reflect on the contemporary resonances of the past, particularly identity-based prejudice and hostility around the world, and even here in the UK, taking vital steps to create a better future.

70 years after the Genocide Convention, we remember victims of genocide and commit to preventing future atrocities. pic.twitter.com/te4rtu62tz