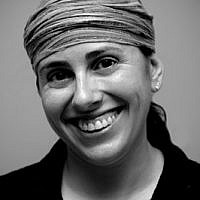 The Blogs
Miriam Schwab
Apply for a Blog
Advertisement
Please note that the posts on The Blogs are contributed by third parties. The opinions, facts and any media content in them are presented solely by the authors, and neither The Times of Israel nor its partners assume any responsibility for them. Please contact us in case of abuse. In case of abuse,
Report this post. 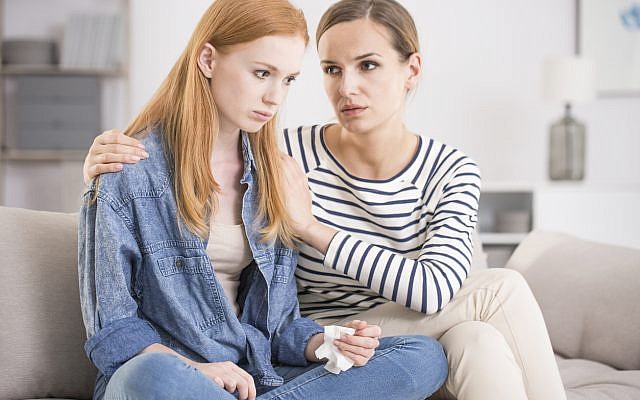 Scene: A Jerusalem police station.
Time: Approximately 9:30 p.m.
Characters: About six people waiting to file reports, including a few tourists who were in the city for the Jerusalem marathon.

Including a young teen boy and girl, both there to file separate reports of sexual assault in the city.

Both were in trauma because of what had happened to them, and both had deliberated whether to report the assaults because they were confused:

Many young girls — especially — may feel like these things happen all the time so they’re not really worthy of reporting.

Turns out that most kids do not tell their parents when they are assaulted. Turns out that it is not obvious to them to do so, and all the more so if they, as is common, even blame themselves for not having seen the signs and avoiding the attack. They do not consider their own pain from the trauma as part of the equation — and may think that attacks have logical lines, and if those lines are not crossed, then the incident(s) could not have been serious.

But the trauma from these attacks is serious and is most definitely part of the equation.

Parents, talk to your kids. Sit them down and tell them that they must always tell you if anyone has done anything to them that made them uncomfortable. And that it is never their fault. Attacks can be confusing and when the adrenaline is pumping, it can be hard to know exactly what to do. Especially if the attacker is a trusted figure.

Kids need to know that they should not deal with the trauma on their own. They should talk about it, and even get subsequent counseling or therapy in a way that is comfortable for them.

Filing a police report is a good way to take action and help victims feel like they have some level of control, even if the chances of the attackers being caught are slim. It is also important that the crime numbers reflect what is happening on the ground.

That’s all I have to say about that.

About the Author
Miriam Schwab is the founder and CEO of Strattic, a serverless publishing solution for WordPress websites that makes them more secure, faster and scalable. She is also the founder and CEO of illuminea, a full-service WordPress development and online marketing agency. She is a mom of more than a handful of kids, and lives in Jerusalem.
Related Topics
Related Posts
Miriam Schwab
Comments