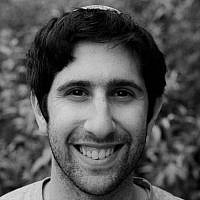 The Blogs
James Conway
Apply for a Blog
Please note that the posts on The Blogs are contributed by third parties. The opinions, facts and any media content in them are presented solely by the authors, and neither The Times of Israel nor its partners assume any responsibility for them. Please contact us in case of abuse. In case of abuse,
Report this post.

When it comes to technology, Jewish law regularly updates itself. As processes change and our understanding of them improves, Jewish law revises its answers. Indeed, advances in technology have vexed Jewish law authorities throughout the ages. One of the hallmarks of Jewish law is its ability — and desire — to assimilate technological advances into the practices of observant Jews. The application of old principles to new situations remains one of the essential tasks of modern authorities. It is true that the 20th and 21st centuries have been more challenging in this area than the 12th century, but every generation has its particular challenges in Jewish law, and technology is one of ours — which is much more preferable than the 12th-century persecution by the Crusaders!

Recently, a halachic ruling in Hebrew, penned by Rabbi Eli Reiff, appeared on the topic of electronic keycards. The question addressed whether an RFID keycard that unlocks a door when brought into the proximity of a card reader can be used on Shabbat. RFID [Radio Frequency Identification] devices broadcast a unique code when near a card reader, and the card reader responds to that unique code, in this case, by unlocking a door. Rabbi Reiff ruled — contrary to the consensus — that there is no prohibition on Shabbat against using an RFID keycard to unlock a door. The ruling was published with a letter of approbation from Rabbi Reiff’s teacher, the world-renowned authority Rabbi Nachum Rabinowitz, along with a rebuttal by Rabbi Yisrael Rosen of the Zomet Institute.

The Forward’s article reporting on Rabbi Reiff’s ruling appeared with the heading “Does Rabbinic Key Card Ruling Mean Shabbat Has ‘Lost the Fight Against Technology’?” It suggested that this ruling could spell an end to Shabbat as we know it. The article quoted Rabbi Ysoscher Katz of Yeshivat Chovevei Torah as saying: “It was a long battle, Shabbat fought back valiantly, but she ultimately lost the fight against technology.” He goes on to say that “[i]f digital action is not considered halakhically prohibited activity, cooking would be muttar [permitted] since we light our stoves digitally.”

We believe that this quote is misleading and does not share with the readers the real issues and nuances of Jewish law. We are certain that even if Rabbi Reiff’s ruling gains acceptance, the alarmist picture of the future of Shabbat painted by the Forward’s article, exemplified by Rabbi Katz’s quotations, is incorrect.

Jewish law authorities have taken three main approaches to explain why Orthodox Jews do not use electric devices on Shabbat. The first approach claims that it is a biblical prohibition of some type (either fire, or building, or “completing a product”) to use electricity on Shabbat. The second approach is that the prohibition is actually rabbinic, grounded in the injunction against creative actions on Shabbat. The third approach, famously held by Rabbi Shlomo Zalman Auerbach, rules that the use of electricity is technically permitted on Shabbat when it is used to achieve a permissible outcome (like turning a fan, which could be rotated by hand), but since observant Jews have long considered it to be prohibited, and rabbinic authorities have upheld these strictures, electricity use remains forbidden due to tradition even in these cases.

Rabbi Reiff’s argument for leniency in the case of an RFID keycard relies on the third approach, that of Rabbi Auerbach. Where he and Rabbi Rabinowitz differ from the consensus opinion is in the details of Rabbi Auerbach’s approach, and how to apply it in practice.

More importantly: even if we assume Rabbi Reiff’s thesis to be correct, Shabbat as we know it will not be lost for Orthodox Judaism. What is at stake in this minor dispute is whether and how electricity may be used on Shabbat for actions that in their essence could be done without electricity, like opening a door. Rabbi Rabinowitz says this explicitly and adds that if an RFID keycard would be used to perform a prohibited action on Shabbat — turn on a light, light a flame, or cook a meal — then the RFID mechanism would not make the prohibited, permissible. Rabbi Katz’s claim that this ruling, if accepted, would spell an end to Shabbat observance as we know it — and would lead to permitting even cooking with an RFID device that turns on an oven — is simply wrong. Neither Rabbi Reiff nor Rabbi Rabinowitz would permit cooking when initiated by an RFID, since one cannot cook on Shabbat, independent of the prohibition to use electricity.

It is hard to know what the future of observance will look like. We can imagine a future, a Shabbat not too far off, where we all carry RFID devices that broadcast our identity, and doors unlock as we approach; that is already common on military bases and secure sites. We can imagine a future where all unintended uses of electricity become common (as Rabbi Asher Weiss notes in a recent ruling), or even that the custom will change to permit adjusting electric fans on Shabbat. However, we cannot imagine a world in which our oven starts cooking our lunch on Shabbat when it registers that we have returned home from synagogue wearing our RFID chips.

Ultimately, we doubt that Shabbat will ever “lose” to technology. Shabbat and technology are not truly in conflict. Rather, as the reality of technology changes, observance does as well — and that is a wonderful thing.

This post was co-written with Rabbi Michael J. Broyde. Rabbi Broyde is a law professor at Emory University and the Projects Director of Emory’s Center for the Study of Law and Religion. He writes frequently on matters of Jewish Law.

Dr. James Conway is a Visiting Assistant Professor of mathematics at the University of California, Berkeley.

About the Author
Dr. James Conway is a Visiting Assistant Professor of mathematics at the University of California, Berkeley.
Related Topics
Related Posts
Comments