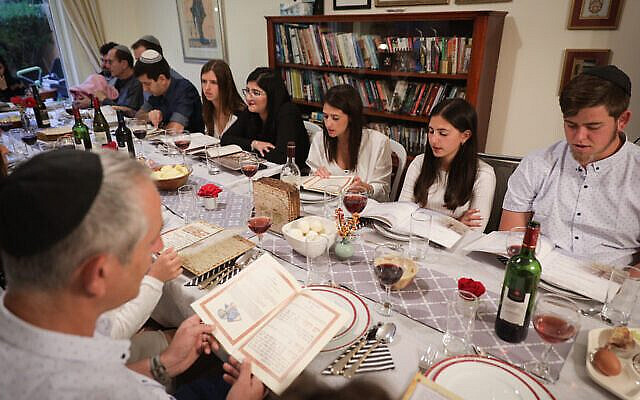 The Shabbat before Pesach is known as “Shabbat Hagadol—the great Shabbat.” What makes this Shabbat so great? The standard explanation is that of Rabbi Shlomo Luria (the Maharshal 1510- 1573). Maharshal explains: the year of the Exodus had the 10th day of the month of Nissan—the day the Israelites were commanded to set aside the lamb for the Passover sacrifice— occurred on Shabbat. On that Shabbat, the Jews took lambs, an animal worshiped by the Egyptians, and designated them to be sacrificed, despite the idol status they had. This act of rebellion marked the beginning of the Israelite’s freedom and took place on this Shabbat. Yet, there is another, more technical explanation that sheds light on the essence of Passover and the world we all ought to aspire for.

Rabbi Yaakov ben Asher of Cologne, most famous for his magnum opus, the Tur, explains that the reason the Shabbat before Passover is called Shabbat Hagadol is because of the words of the verse read in the Shabbat’s Haftorah. The Haftorah, read after the Torah reading in Synagogue, is taken from the book of Malachi (chapter 3). These words concluding the book of Malachi are also the words that conclude the entire section of the prophets in the Tanach.

“Keep in remembrance the teaching of Moses, My servant-the laws and ordinances which I commanded him in Horeb for all Israel. Lo, I will send you Elijah the prophet before the coming of the great and awesome day of the Lord, that he may turn the heart of the fathers back through the children, and the heart of the children back through their fathers”.

The words we read are those which foresee the great day of Elijah’s coming, the coming of Mashiach. We refer to that day as “Yom Hagadol—the awesome day” or the great day. On the Shabbat before Passover, we are not only thinking of the redemption of the past; we are thinking of the redemption of the future. On Shabbat Hagadol, we contextualize the upcoming of Passover as not only a remembrance of the past but also as an anticipation of the future.

Sitting at the table of the great Rabbi Aharon Schechter, I heard him point out the similarity between these verses and those ending the five books of Moses and the book of Joshua. The section of Nevi’im in Tanach, too, is sealed.

How does that redemption come? What brings about this “Great Day,” “the Day of the Hashem”?

One of the most successful and enjoyable synagogue programs I have ever run was a parent-child learning program. One of the most beautiful things about it was seeing there were times a parent inspired a child to come and learn, and there were times the child inspired the parents to come and learn. Sometimes both wanted to come. The power of this connection is part and parcel of who we are as a people.

In 1999 Rabbi Naftali Falk from England thought of the fact that on Purim day, many, a day schools have off, and many take off from work, go to waste. He decided he would launch an initiative on Purim that would have parents learn with their children. He didn’t think many people would show up. To his shock, 400(!) people came to the learning program. Today more than 65,000 people worldwide participate in parent-child learning programs around the world—especially those taking place on Purim. The power of the generational connection is what made for this enormous success.

Shabbat Hagadol prepares us best for Passover as we are introduced to the key to our redemption—the generation connection. This generational connection will manifest itself on Passover night when we engage in symbiotic exchanges from parent to child and child to parent.

Shabbat Hagadol carries its great name because it emphasizes to us the greatest lesson of Judaism-the generational connection. We live in a world in which generations are disconnected in an unprecedented way. There is generational segregation. Children are schooled with other children. Senior citizens live in retirement homes, and there are too few interactions between generations. Shabbat Hagadol reminds us that for redemption to occur, we must be in a place where the older inspire, the younger, and the younger inspire, the older.