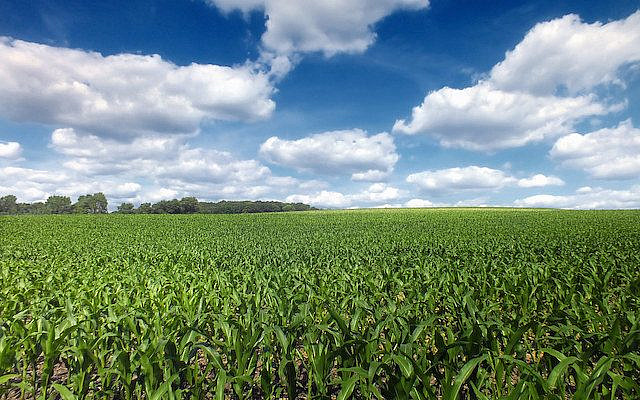 What happens when Torah directives are in conflict with one another, particularly within the same mitzvah?

The mitzvah of the shmitta year serves as a prime example of this conflict. When shmitta appears at the beginning of our parsha, it is referred to as a Shabbat. The text mandates a  “vi’shavta ha’aretz Shabbat la-Hashem” (וְשָׁבְתָ֣ה הָאָ֔רֶץ שַׁבָּ֖ת לַהשם): “The land shall keep a Shabbat to God.” Just as we work six days and rest on the seventh day, so we are also told to work the land for six years and give it rest on the seventh. We refrain from planting and harvesting, so that not only we, but the land itself, may observe this year as a Shabbat.

In contrast, in Shemot, the word we find referring to this year is not “Shabbat” but “shmitta,” release: “But the seventh year you shall release (tishmetenah) the land and let it be, that the poor of your people may eat” (Ex. 23:11). The mandate here is to release your control over the land and to allow the poor to eat from its produce, an idea that is completely absent from our parsha, with its focus on Shabbat.

We find the same emphasis on “shmitta” and the poor in Devarim. The Torah there adds another dimension to the shmitta year: the annulment of loans. The key word there is shmitta as well: “At the end of every seven years thou shalt make a release (shmitta). And this is the manner of the release: Every creditor that lends to his neighbour shall release it… because it is called the Lord’s release.”

The purpose of the Shabbat year is to allow the land to rest. The purpose of shmitta is to care for the poor. More than that: It is to create a world, once every seven years, in which there is no hierarchy of wealth. No one owes anyone else any money, no one owns the land, all eat from the land’s produce equally.

Both of those are beautiful ideas, and reflect different themes that people nowadays associate with shmitta. For some, it is a year to focus on our relationship to the land, what it means to stop working on it and to reflect on the fact that the land is God’s, and then to ask what lessons we should learn from this that we can apply to the other six years of the cycle. Alternatively, it is a Sabbatical year, what Israelis call a shnat Shabbaton. It is a year of stopping our normal activities and devoting ourselves to God and callings of a higher purpose.

Others, in contrast, focus on the message of social justice. It is a year that addresses the inequality of wealth, presenting us with an ideal society that should have an impact on shaping our real, lived society during the other six years.

These two concepts are both powerful ones, but when we reflect on them both, we will realize that they are actually in competition with one another. After all, if you are not working the land, the poor will not have much produce to eat. If the concern were solely for the poor, the Torah would have told us to work the land together with the poor and equally share its produce with them. Shabbat, then, undermines shmitta!

The rabbis recognized this conflict. The Talmud (Hullin 7a) states that when the Jews entered the land in the time of Ezra, they intentionally did not sanctify portions of the land. Why? So that the shmitta year would not be practiced there and the poor would be able to survive off the tithes and gleanings that they receive in a non-shmitta year when the land is being worked. In other words, the poor were better off without shmitta!

This teaching clearly acknowledges that these two Torah values —Shabbat and shmittah — collide with one another. And the solution is to maintain both. A Shabbat will be observed in most of the land, and the values of shmitta (without the shmitta practice itself) will be observed in the rest.

Much later, in the years before the founding of the State of Israel, Rav Kook faced a similar challenge. How should shmitta now be observed in the Land of Israel? How will the people be able to survive if they are not working the land and harvesting its produce? In response to this challenge, he laid out three possible approaches: (1) to recognize the sanctity of the land, and accept that no solution is possible; (2) to rule that nowadays the land has no sanctity so shmitta does not apply; or (3) to rule that the land has sanctity, but that this can be temporarily removed through the temporary sale of the land to a non-Jew.

Of these three options, he said that we must choose the third. The first is no solution at all, and the second is a complete rejection of the sanctity of shmitta (and the land itself). Only the third recognizes the sanctity of the year, and offers a path, at the same time, for providing for the poor.

Shmitta presents us with a challenge. Do we focus on the more “religious” part of its identity or on the part that focuses on society and people? The answer, of course, is both. While these values might conflict, it is our responsibility to embrace them both and to find a way in which we can actualize both of them in our shmitta observance and in our lives.

This is how the rabbis have always worked. When there’s a conflict between two values, they do not allow the more “religiously-oriented” aspects of a mitzvah to override those aspects that demand our attending to the needs of our fellow human beings. Both are equal parts of our religious obligations, and we might be called on at times to find creative solutions to ensure that our obligations to our fellow man and woman be preserved, protected, and embraced. It is on us to answer this call.